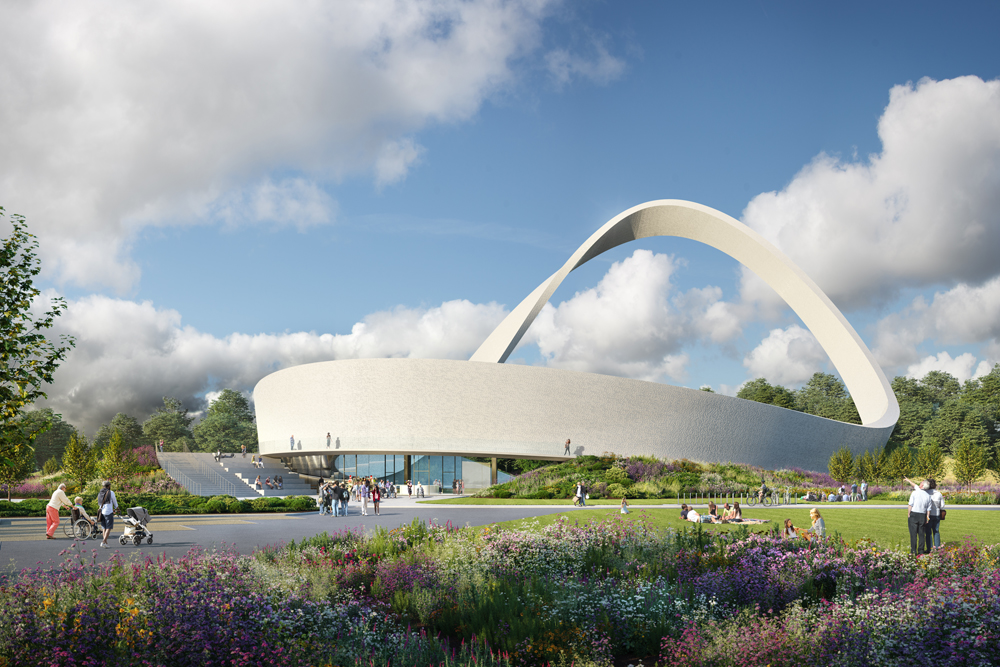 Brits from across the country have so far contributed £400,000 in just four weeks towards the much anticipated new national landmark being built in Warwickshire, the Eternal Wall of Answered Prayer. The Crowdfunder that aims to raise £1 million in just 40 days, closes on 22nd October, with each penny contributed going directly to the building of the monument itself, creating a crowd-funded, crowd-created piece of public art.

The Eternal Wall of Answered Prayer, will be built between the M6 and M42 motorways, and aims to be a beacon of hope by profiling a million answered prayers on a site near Coleshill on the outskirts of Birmingham. The project will also be contributing funding towards local social housing, building over 100 homes. Once built, the project aims to generate over £30 million for charities and good works, in its first 20 years.

The 169ft structure, will include a million bricks, each representing an answered prayer. Since the project received the Green Light from the Secretary of State, over 7,000 generous individuals have donated over £1 million to the project, but a further £600,000 is needed before construction can start.

Founder of the Eternal Wall, Richard Gamble says, “The response has been amazing – a movement of people is being raised up across the UK. We have so many great stories – one church asked every member to bring their loose change and raised over £1,000, a local farmer is selling his eggs on the side of the road, and others have made contributions big and small. We now need the public to back us with another £600,000 and we can get to work. Our goal is to open the site fully in 2023.”

Gamble added: “We’re not building this landmark to have something nice to look at, we’re building a community-focused structure that carries a legacy; generations in hundreds of years’ time will see it and be inspired. Individuals have the chance to be a part of a movement that is inspiring faith and hope in this nation.

“Recent surveys and reports in the media show that things are changing. The UK has a rich heritage embedded in Christian prayer and while many will take the viewpoint that prayer is merely a false hope, a comfort blanket when you can do nothing more – we need to recognise the increased spiritual awareness our nation is currently experiencing.”

The Eternal Wall is twice the size of the Angel of the North, and is expected to attract 300,000 visitors each year, contributing £9.3 million to the local economy. Half a million cars are expected to drive past each day and it will be in view of planes landing into Birmingham Airport.

Andy Street CBE, Mayor of the West Midlands says, “It’s an incredibly ambitious, stunning project… in terms of a real statement, a landmark for the Midlands, I think it’s an incredibly progressive, ambitious piece of architecture.”

To find out more, or donate to the Crowdfunder, please visit: crowdfunder.co.uk/eternalwall