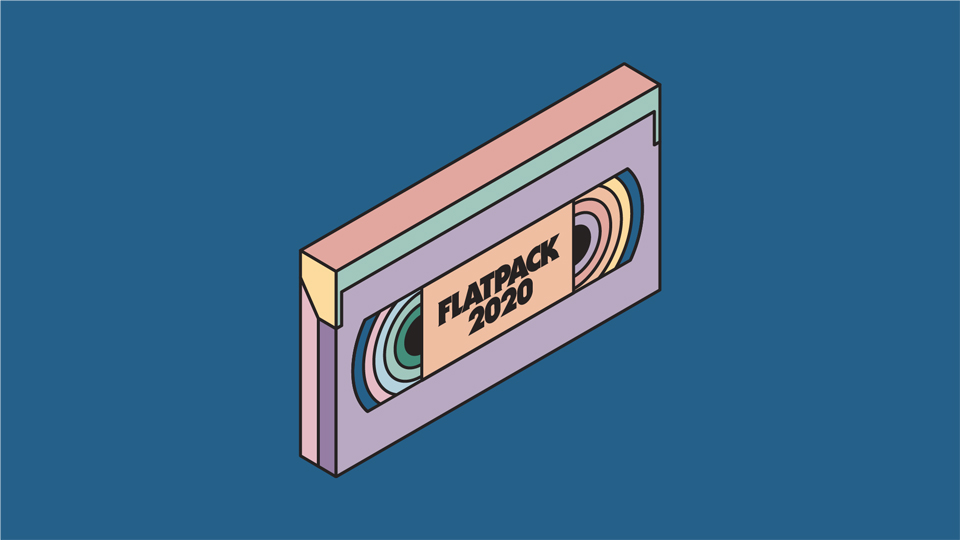 Like many other events, Flatpack Festival were last month forced to cancel their fourteenth edition scheduled for May. However, their acclaimed and BAFTA-qualifying short film competition will be going ahead online, with the usual stew of animation, documentary and inventive weirdness available to audiences globally for the first time. Family audiences will be well served with two special Colour Box programmes and a range of activities to try out at home, while PechaKucha Birmingham and Overlap Animation Social will both present their first virtual events. Kicking off on Friday 1 May, a new programme will launch every day for the following fortnight – all of it free to enjoy.

What seems like many years ago back in early March, the Flatpack team were preparing to send their colourful, jam-packed programme to print. Then it quickly became clear that the festival wasn’t happening, as a new era of remote working began – including a mad dash to get film programmer Lucile Bourliaud safely back to France. Since then the team have been plotting creative ways to share the festival experience digitally. “It felt really important to make a positive gesture at such an uncertain time,” said Flatpack director Ian Francis, “and the filmmakers and artists we work with have been incredibly supportive about launching their work online rather than through physical screenings.”

A number of exclusives and premieres can be found in the main competition programme, curated around themes that seem to have taken on a whole new meaning recently:

The hugely talented filmmakers featured, whether emerging or established, explore our human condition, helping us to find meaning in chaos and beauty in the mundane.

Many contributors will be sharing interviews and special insights into the making of their work, and having cancelled their trips to Birmingham the festival’s committed jury members will now be judging the work from their laptops at home. Seven prizes in total are up for grabs, and you can also have your say by casting a vote in the audience awards for both the grownup and Colour Box programmes. As well as the week-long programmes on the Flatpack site, the festival will also be hosting a number of live streamed events via Youtube:

9 May, 10:30am: COLOUR BOX LIVE – Saturday matinee entertainment for all ages, with a chance to make while you watch

16 May, 8pm: AWARDS NIGHT – all the winners unveiled

Flatpack is a registered charity and has been presenting fresh, playful film events in Birmingham and beyond since the festival emerged from a monthly filmnight in a Digbeth pub fifteen years ago. The Home Entertainment edition will be presented entirely free of charge, but viewers are encouraged to donate and support Flatpack’s work if possible.

Flatpack Projects is supported by the National Lottery through Arts Council England and the British Film Institute.