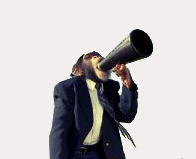 Grapevine Birmingham has been a long time in the making.

The aim of the site is to create a platform for independent shops, music events, restaurants and much more within the city. A main problem with visiting a city like Birmingham is finding a ‘what’s on guide’ which isn’t full of all the large chain run bars, eateries and so on. Grapevine Birmingham, and Grapevine Britain, is a brand which will hopefully bring out some of the best cities like Brum have to offer, whether it be to the benefit of a student, a businessman or woman or just a local looking for something different to do in the city.

Grapevine Birmingham will hopefully represent some of Birmingham’s finest venues, restaurants, galleries and other cultural highlights.. the city has a great deal to offer but so often receives such an unfair and negative press, you only have to pick up some of the Sunday supplements which supposedly feature music events in the city to realise that according to some, the city is a cultural desert, well we think it’s time to set the record straight!

For those wishing to find out more about Grapevine Birmingham, please use the contact page.

LikeTweetPinShareEmail
Subscribe to Newsletter
Categories: Reviews & Features, What's on
Next →