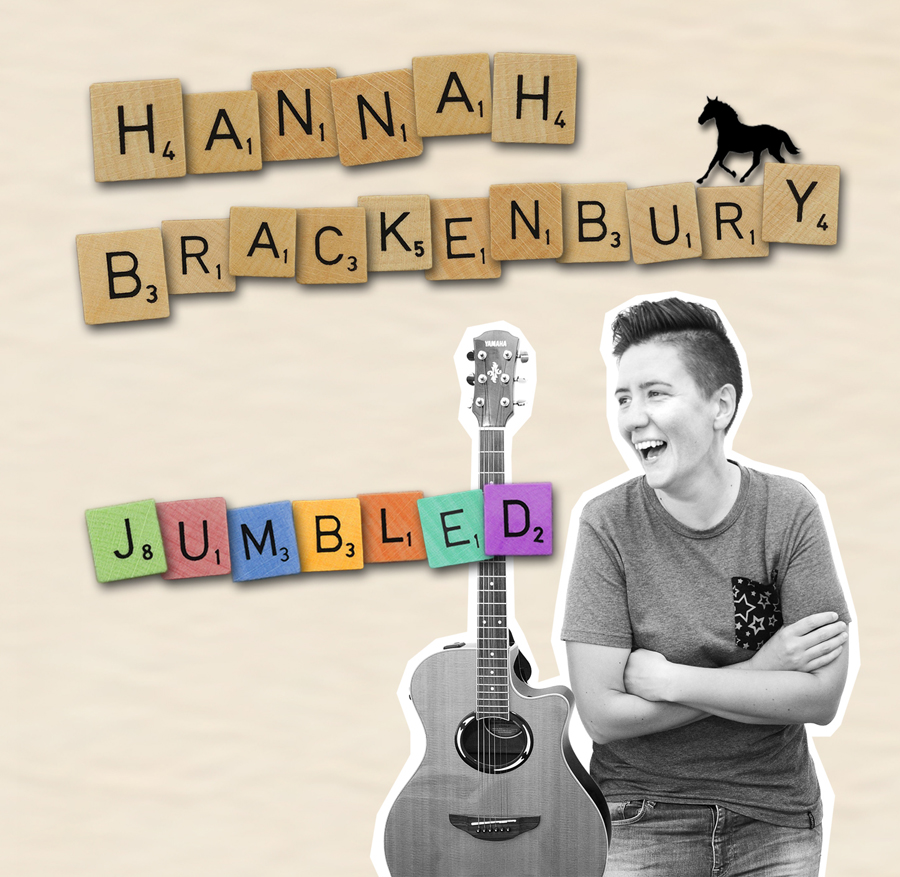 Before embarking on her travels the Brighton-based singer and comedy songwriter will be competing for a prestigious national prize in London after reaching the final of the Musical Comedy Awards, an annual celebration showcasing the best new acts in this specialist genre of comedy. 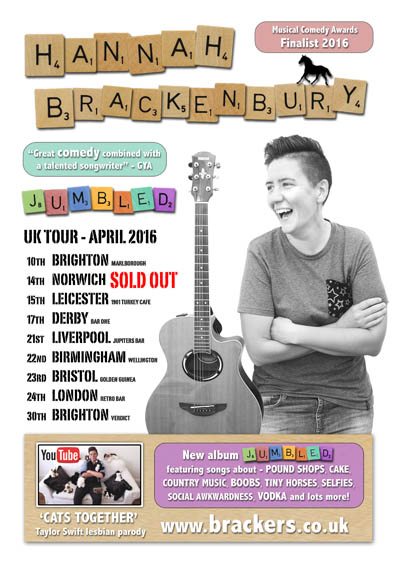 Hannah, 37, plays piano and guitar and has been dubbed the ‘Victoria Wood for a new generation’. The performer is also releasing her second album of comedy songs entitled ‘Jumbled’ on 11th April.

Her music received international attention last year when she released a parody video of a Taylor Swift hit, rewritten on the theme of cats and their obsessive owners – https://youtu.be/DrhQkHKbihM

She said: “It’s been a really great year for me and to reach the final of the Musical Comedy Awards is the icing on the cake. I’m so excited at the prospect of performing on a big London stage alongside some amazing up and coming acts.

“It will also be wonderful to return to the Midlands with my solo show, having lived in Derby for many years so I know Derby, Leicester and Birmingham very well and am looking forward to coming back and performing lots of silly songs from my new album. It will be an added bonus if I can bring that trophy back with me!”

Hannah will be joined by local all-female band Eeek, who will be guest performers at the show on Friday 22nd April.

Tickets for Hannah’s gig in Birmingham are now on sale: www.wegottickets.com/event/350000

For more information about Hannah’s tour and forthcoming album release:-