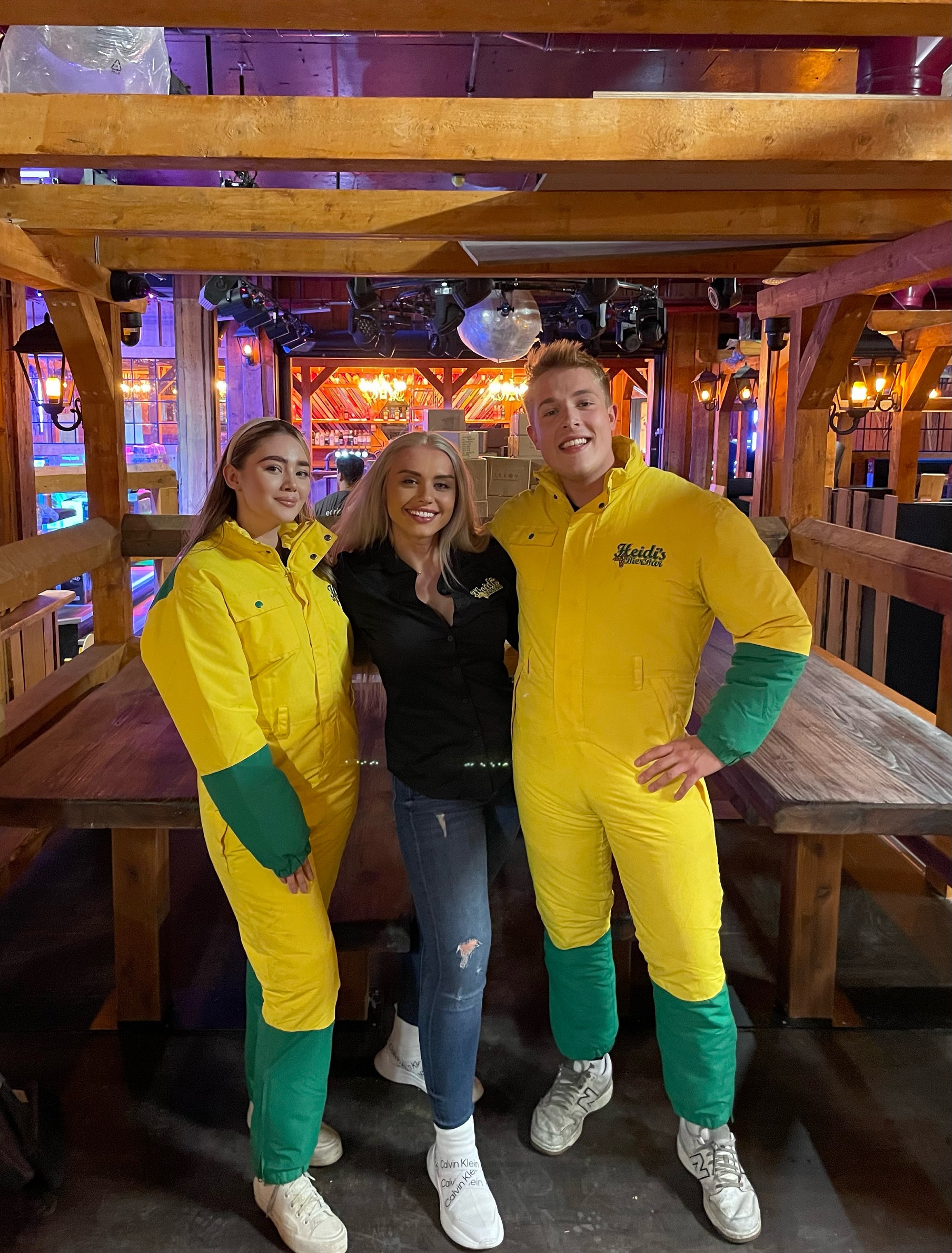 The new £1.5 million bar on the former Bierkeller site on Broad Street, which will be the largest Heidi’s in Europe and the first to sell food, has been overwhelmed by 1,700 applications for just 50 jobs.

Venue manager, Karina Sparks, who is returning to work in the city after leaving less than a year ago to become deputy manager of PRYZM Kingston in Kingston Upon Thames, said: “We have been surprised and delighted by the incredible response to Heidi’s pending opening.  I can’t wait to open the doors.  There’s nothing like it in Birmingham and it will be pivotal to the rejuvenation of Broad Street, as it has such broad appeal.

“It’s hard to convey the positive energy and joy you get when you step inside a Heidi’s with people of all ages dancing and singing along to the live music.  It’s infectious and everyone is there for a good time – something we all need right now!”

As guests step inside Heidi’s, they will enter an authentic Alpine cottage where they will be greeted by a team of traditionally dressed Heidis and Antons.

No expense is being spared on the 1,100 capacity bar, which will have three bars over two floors, and unique quirky features such as a cable car photo booth.  Other features include a karaoke room, DJ booth and live music plus specially curated soundtracks that are guaranteed to get the party atmosphere going and dancing on the tables is encouraged.

Sense of occasion and theatre sits at the heart of Heidi’s, with a huge selection of draught beers served in traditional 1pint dimpled glasses and 7 pint drink towers, Jägertrains, shots served in a pair of skis and table packages served in a sled. To satisfy the tastebuds, pizzas will be served up on metre long boards.

The first UK Heidi’s opened in Cardiff earlier in the year and has been outperforming expectations from day one. “Cardiff has set a high bar, but I am confident the people of Birmingham will equally embrace Heidi’s. We have a fantastic team on board, who have been working ‘off-piste’ in our Cardiff venue, so they are fully engaged with the high octane spirit of Heidi’s from day one,” added Karina.

The first Heidi’s Bier Bar opened in Copenhagen in 2004, with Cardiff being the first to open outside Denmark, Finland and Norway, bringing the total number of bars to 21.