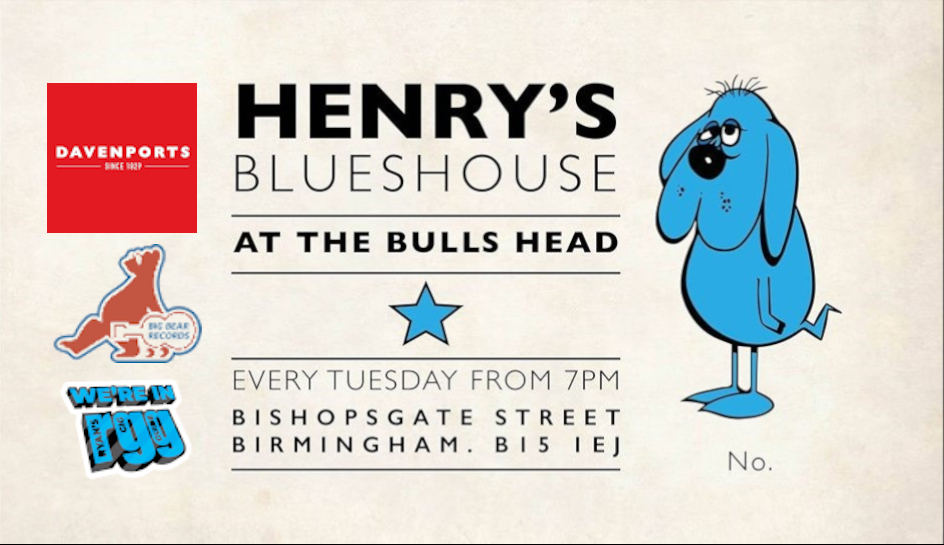 The Blues are back at Henry’s Botanical Blueshouse

It seems a lot more than just a few months since Birmingham had its last shot of The Blues in October 2021 with the 36th Birmingham, Sandwell & Westside Jazz Festival, but from next Sunday, The Blues Are Back In Business.Every Sunday and Bank Holiday Monday, from this Sunday until the end of June, from 2pm to 4pm Henry’s Botanical Blueshouse, in conjunction with Birmingham Botanical Gardens, will present live music on their splendid refurbished bandstand in those extremely spacious gardens.

Classy straight-ahead Birmingham blues band, fronted by former Willie & The Poorboys guitar hero Roger Bromley. They’ll be featuring tracks from their well-reviewed “Unlock The Blues” album and may well have copies of that CD available.

Well established as a top Henry’s attraction, the combo from Leyland in Lancashire carry on the fine tradition of the blues, barrelhouse and gospel of New Orleans – and there’s nobody better at doing that. Expect the songs of Professor Longhair, Dr. John, James Booker, Fats Domino.

Hot out of High Wycombe, Shufflepack are a Henry’s favourite, featuring the harmonica and vocals of Stuart Son Maxwell. It’s the blues of Southside Chicago, Howlin’ Wolf, Muddy Waters, Little Walter, Willie Dixon and the like.

The first post-lockdown show of England’s top Rock ‘n’ Roll band, The Catfish Kings, at Big Boppa’s in Enfield on May 31st completely sold out inside of two weeks. They’re looking for the same at Henry’s, so best book now. Singer, guitarist Harry Lang, an expatriate Brummie – remember Bullets? – says, “Come rock with the peacocks, stroll with the voles……”

The Whiskeys have been preparing for this gig since lockdown, so they’ll be on form and they were hot to start with. It is the music of the 1940s/1950s Mississippi Juke Joints, raw, rocking, great songs and top class musicianship. Look out for their terrific album on Big Bear Records, “Bottle Up and Go”.

Ace Brummie guitar man David Moore had a long spell in New York, swapping licks with the finest New York had to offer. Now he’s back in Brum burning it up with this hot band. David sings and plays guitar, Baz Newey is on bass guitar, the drummer is Chris Emery and there’s a secret special guest. OK, we can’t keep a secret, it’s the dynamic chanteuse Bonny Lou Emery.