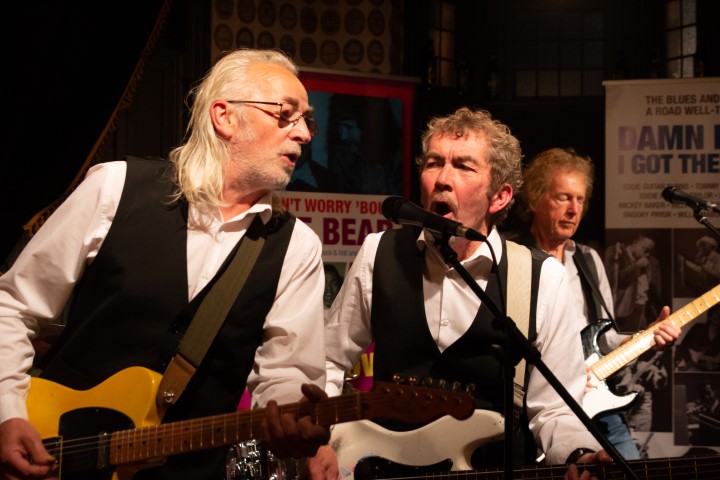 If the lockdown has you crawlin’ up the walls, well brother we’ve got the cure! Tonight, we’re premiering two brand new videos over on our Youtube channel.

First up at 7:45pm, we’ve got Jim sharing his recollections of the Harmonica Boss himself – Doctor Isiah Ross. Part of Big Bear Records’ American Blues Legends lineup way back in 1974, the good doctor became a cult hero after Cream covered his classic number Cat Squirrel.  As well as Ross’ tale of meeting Clapton & Co, check the video for the story behind his LP on Big Bear.

Then at 8pm we’ve got Henry’s stalwarts The Nitecrawlers with a tribute to Johnny Guitar Watson from one of their recent Henry’s gigs.

Meanwhile, the man who makes Henry’s The Home of Happy Feet is Chico White, who dropped us this message: Check out this video of Fleetwood Mac when they were at their best playing Blues/rock, well before Rumours album – 40 odd minutes of sheer pleasure for Henry’s Blueshouse fans.

I was 16 in ’68, the blues was in my soul and to see this clip still sends shivers down my back. This was about the time they played at Digbeth Civic Hall with Muddy Waters headlining, if I remember rightly.

So…all you lovely blues people who come to Henry’s every Tuesday night….sit down and enjoy those fine, heady days.

Just to say thank you to the crowd who turn up each week and see me dancing away and getting you all up to dance! It really does lift the atmosphere for the band and yourselves and the place is then really alive!
As soon as Henry’s return, I hope Jim puts Dance With Me Henry on the first night, to give you another Lindy Hop dance lesson. Until then, enjoy Fleetwood Mac!