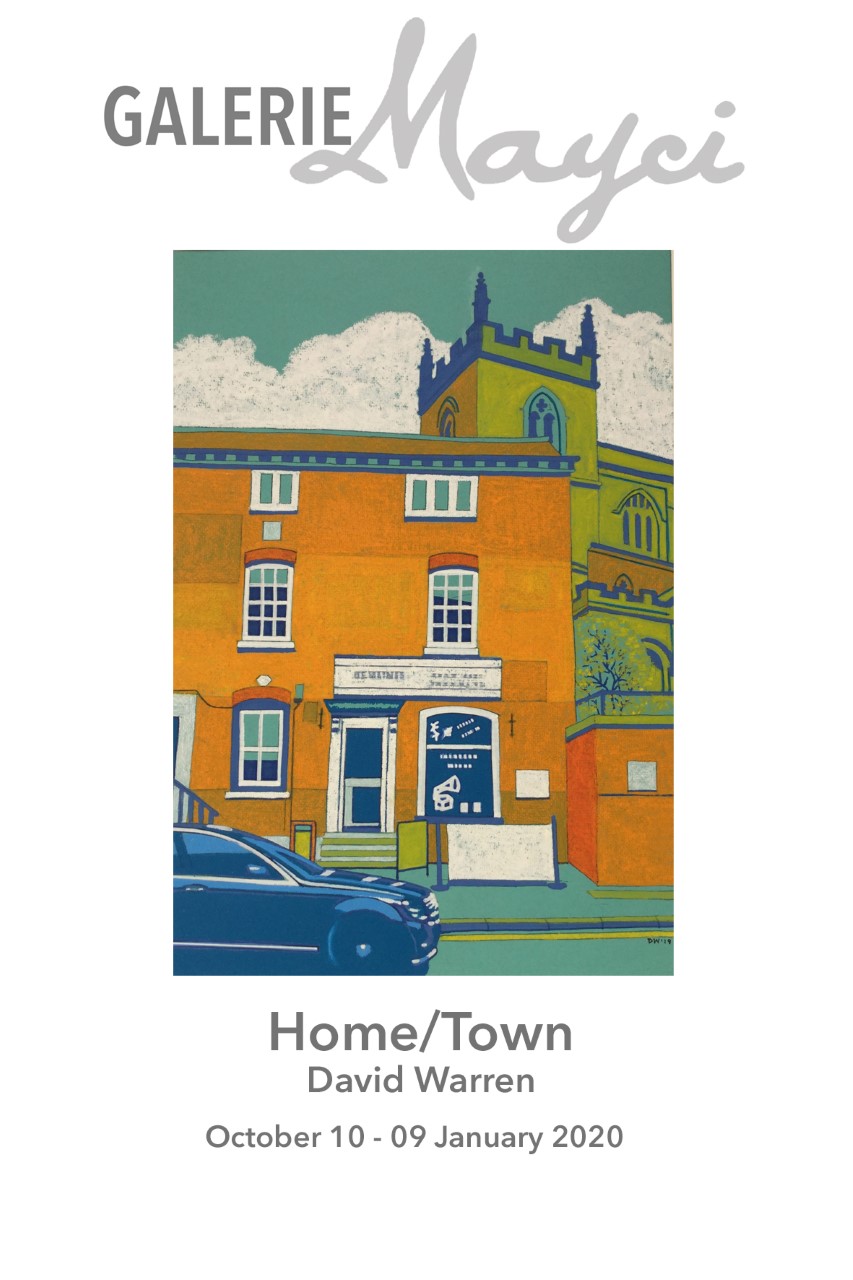 David Warren was born and grew up in Birmingham and studied Graphic Design at Birmingham College of Art.  He subsequently worked as a graphic designer and illustrator. Throughout his working life, and particularly since retiring in 2013, David has made and exhibited his own work in various parts of the UK.

For the exhibition, Home/Town, David returned to the city, having lived in Cambridgeshire and Lincolnshire for 40 years, to explore places he recalled from his childhood.

“I remember well, that as a child growing up in Birmingham I was fascinated by the variety of its architecture, and I still find inspiration in its buildings. It’s difficult to analyse just why one particular building, street, or juxtaposition of forms, carries more significance than another.

Instead, I’m attempting to convey that significance through drawing, using line, texture and colour in an expressive way. I hope that even familiar places will have taken on a fresh character.”

David’s return to the city and his encounter with memories and places associated with his younger self, are expressed with exuberance, in the oil pastels and Giclée prints presented in Home/Town.