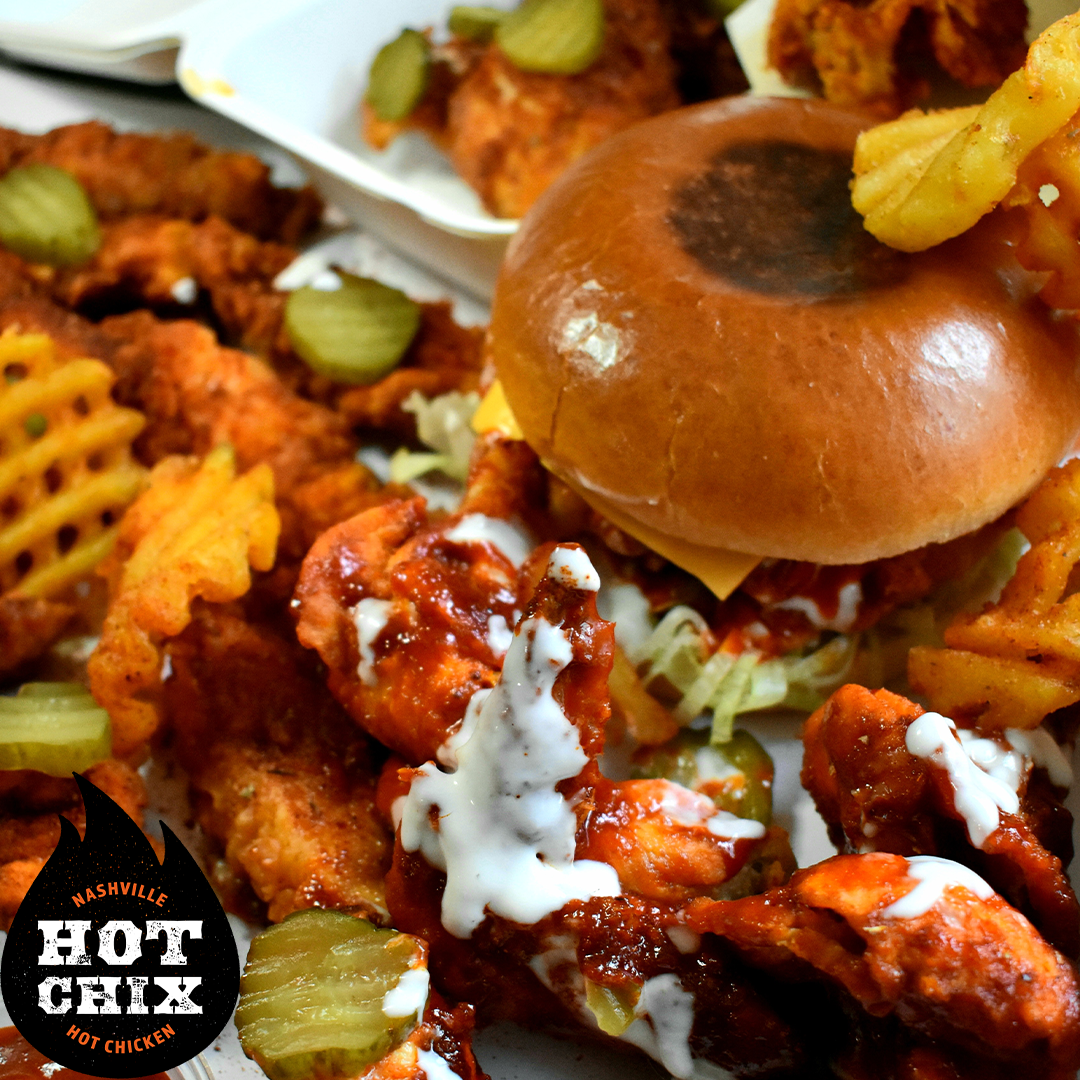 Local chef Niki Astley has defied the gloomy spirit affecting much of Birmingham as it sits residing in Tier 3 and launched a new delivery-led fried chicken offer. Niki saw a gap in the popular fried chicken market for the spicy variety originating from Nashville, Tennessee due to its big flavours and almost cult-like following it has in America. His fried chicken is marinated in buttermilk overnight and then coated in a homemade chilli oil and spice mix to guarantee a big flavour with every bite.

Following trips to the US I’ve been wanting to bring this style of fried chicken offer to a Birmingham audience for some time. The big flavours of Nashville hot chicken will hopefully help put a smile on people’s faces during these difficult times as they enjoy a dose of Americana delivered to their door. Various sauces are available on the menu to complement the spice of the chicken according to people’s tastes and I’ve worked hard to ensure that the chicken comes with a lovely crisp coating that survives the delivery process.

Most of the chicken dishes use halal meat, a vegetarian option is available and orders can be placed via Uber Eats and JustEat, Wednesday to Friday between 4pm and 10pm and Saturday between 12pm and 10pm.

Niki has been based in Birmingham since 2013, was executive chef of Soul Food Project at The Church Inn in The Jewellery Quarter when it launched and then moved into experiential dining with his own restaurant, Two Cats Kitchen in 2015, also in The Jewellery Quarter. In 2018 Niki and his partner Georgiana Radenschi started food pop-up Salt & Earth which featured South East Asian, Japanese and Peruvian influenced dishes.