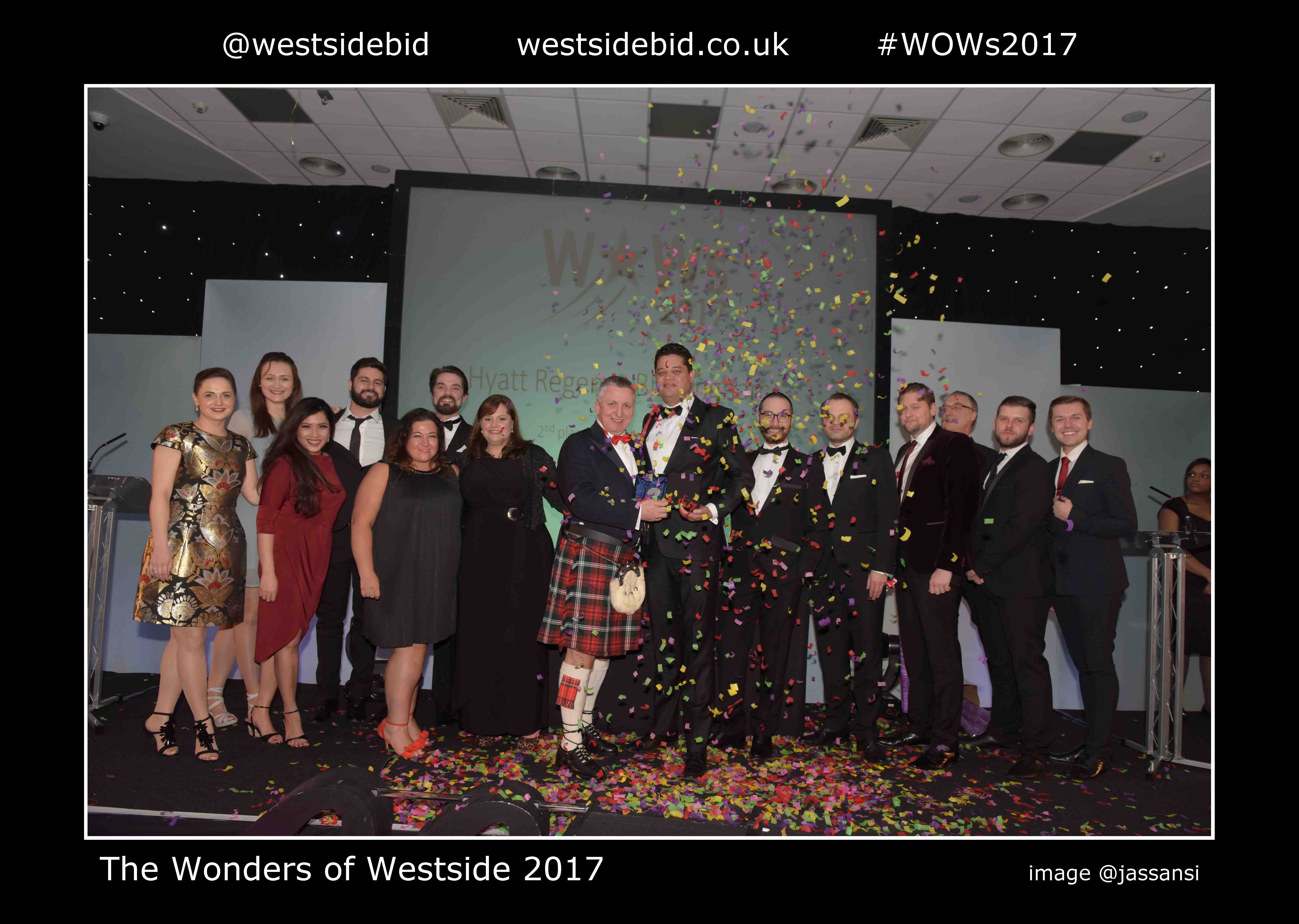 Hyatt Regency Birmingham were invited to the 12th Wonders of Westside (WOW) Awards, run by Westside Bid, which took place on Sunday 29th January, 2017. The awards is an annual celebration of the night-time and hospitality industry who are responsible for popularizing the entertainment sector of Westside.

The event was hosted by Mike Olley, the Westside General Manager and opened by Councillor John Clancy, Birmingham City Council Leader. The Hyatt Regency Birmingham team took a walk to the stage twice as the hotel picked up the award for Best Hotel / Best Serviced Apartments, along with its pub, The Gentleman & Scholar Pub and Terrace which received the award for Best Bar.

We are honoured to have received not just one, but two awards. We remain strong in our belief that people are our most important asset and the key to our success. We want to thank our team for their role in achieving this recognition.

To see the full list of award winners, visit www.westsidebid.co.uk.

One of the best situated hotels in Birmingham city centre, Hyatt Regency Birmingham is a modern, 4 star, 319 bedroom hotel that enjoys a prime central location situated just opposite the Library of Birmingham and five minutes’ walk from the exclusive Mailbox and Bullring shopping centres, as well as Grand Central, Broad Street and Brindley Place. The hotel is also home to the signature Aria restaurant which serves breakfast, lunch and dinner daily. Meanwhile, guests can enjoy a great selection of fine wines, champagnes and cocktails in The Gentleman & Scholar Pub and Terrace.