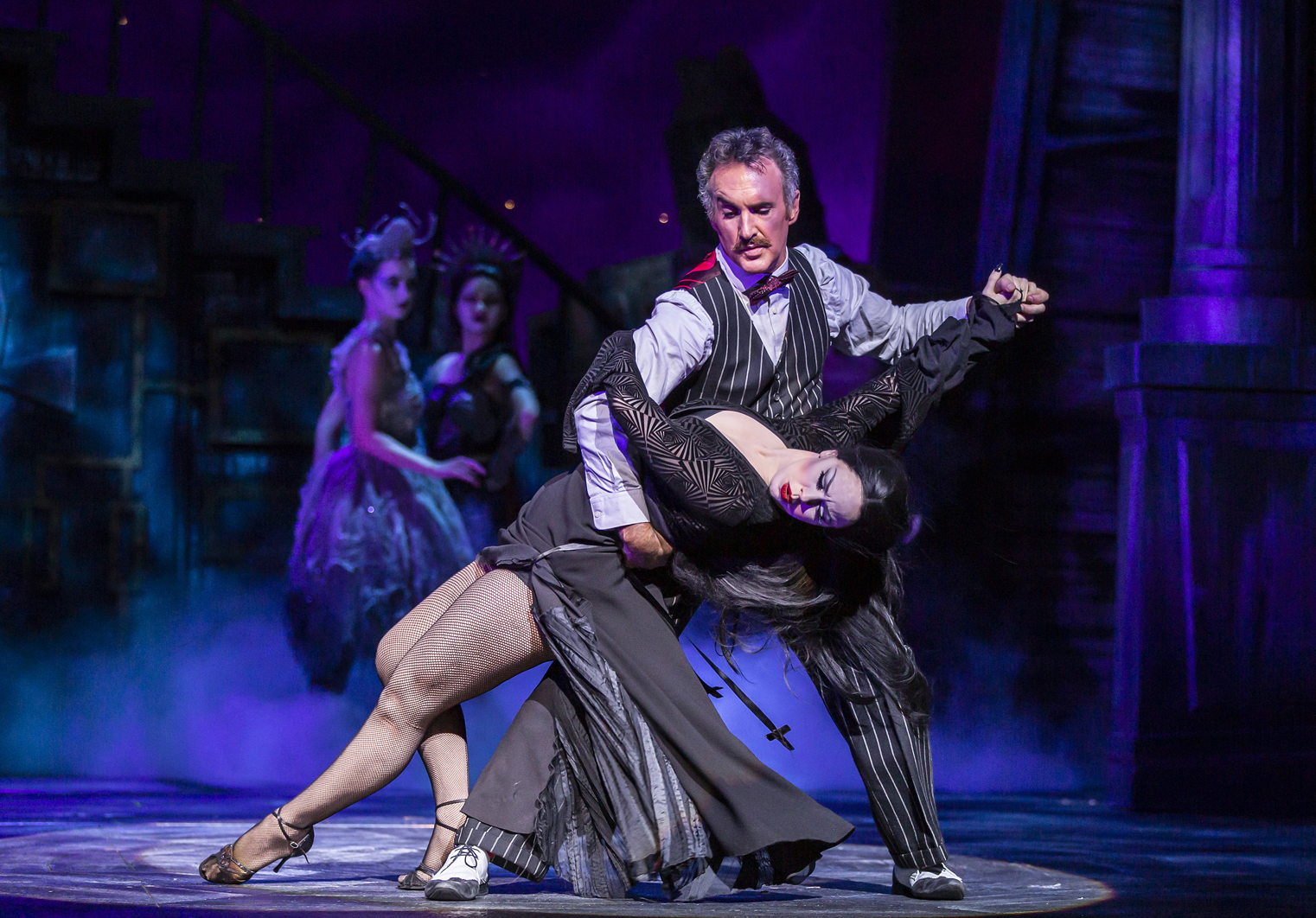 Aria Entertainment and Music & Lyrics are delighted to announce Joanne Clifton will play the role of Morticia Addams in the UK and Ireland tour of THE ADDAMS FAMILY, A Musical Comedy which comes to The Alexandra between 18-22 January 2022.

Joanne Clifton has previously starred at The Alexandra as Janet in the UK tour of The Rocky Horror Show and elsewhere as Alex Owens in the UK tour of Flashdance and Dale Tremont in Top Hat, in which she received her second Offie nomination. Her first was for her acting debut as the Streetwalker in Irving Berlin’s Face the Music.

Joanne is perhaps best known for her time on BBC’s Strictly Come Dancing. After winning the World Professional Showdance Championship and the European Professional Ballroom Championship, she joined the show as a professional dancer. During her time on the show, she performed in the Strictly Come Dancing Live Tour, was an expert presenter on the programme’s backstage show It Takes Two and won the Christmas Special with McFly’s Harry Judd. She then went on to win the glitterball trophy as the 2016 champion with her partner Ore Oduba, who will star at The Alexandra in The Rocky Horror Show (27 September – 2 October 2021).

Wednesday Addams, the ultimate princess of darkness, has grown up and has a shocking secret that only Gomez knows. She’s fallen in love with a sweet, smart young man from a respectable family! Now, Gomez Addams must do something he’s never done before – keep a secret from his beloved wife Morticia. Everything will change for the whole family on the fateful night they host a dinner for Wednesday’s ‘normal’ boyfriend and his parents. All the usual clan are present including Uncle Fester, Lurch, Pugsley et al.

THE ADDAMS FAMILY, A Musical Comedy, will be directed by Matthew White, with choreography by Alistair David, production design by Diego Pitarch, orchestrations by Richard Beadle, lighting design by Ben Cracknell, sound design by Richard Brooker and casting by Jane Deitch. Book is by Marshall Brickman and Rick Elice, and music and lyrics by Andrew Lippa, based on the characters created by Charles Addams.

THE ADDAMS FAMILY 2021 UK Tour is produced by Katy Lipson for Aria Entertainment and Music & Lyrics Limited and is presented through special arrangement with Theatrical Rights Worldwide.