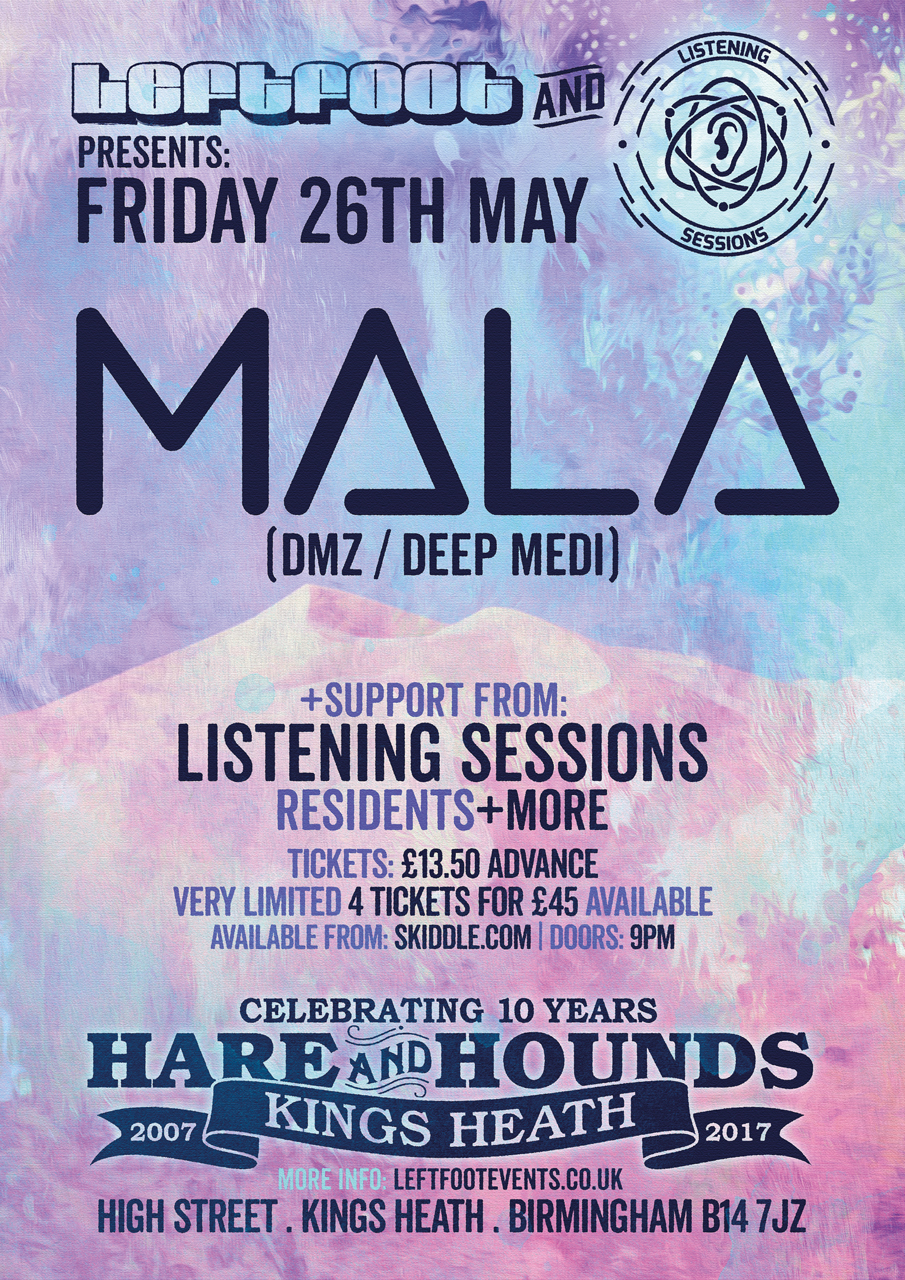 Mala is a producer, DJ, label owner and visionary best known for his contributions to the Dubstep scene.

He began spreading the message from South London in the early ’00s, when the Dubstep scene was a tiny, ignored community of like-minded individuals, committed to exploration and imbibing of subsonic frequencies in locations like the record shop ‘Big Apple’.

As Dubstep began to shift from a tiny collective to national and then international movement Mala was at the forefront of the wave, taking his frequencies to ever increasing audiences and communities. To people who have been touched by his music or moved by his DJing Mala holds a deeper place in their hearts. Through certain frequencies, his music carries a message that fundamentally connects people.