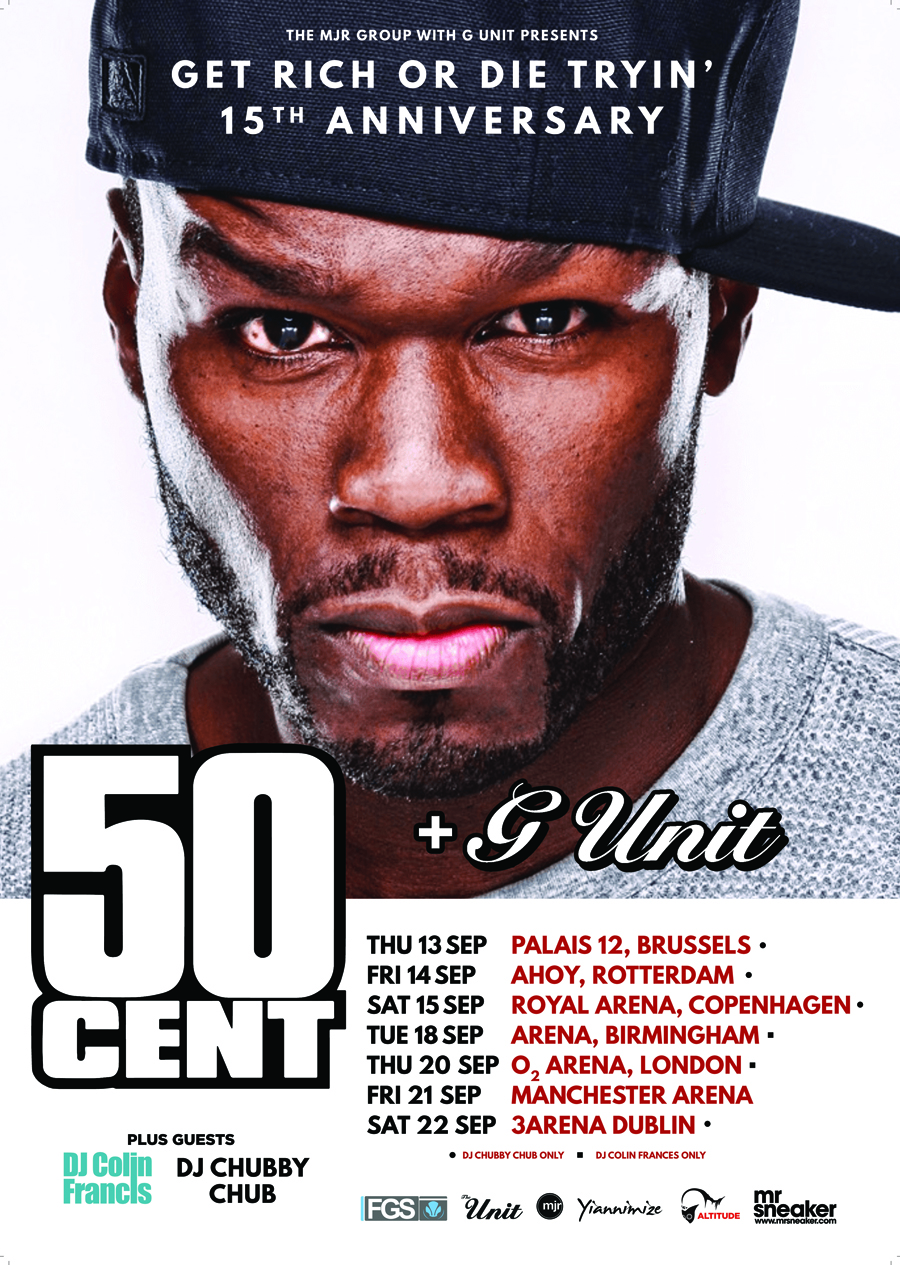 Earlier this year, one of the biggest names in rap, 50 Cent announced his return to the UK for three arena shows in September with G Unit,celebrating the 15th anniversary of ‘Get Rich Or Die Tryin’. The record that took him from the streets to the top of the charts after being discovered by Eminem and Dr Dre. ‘Get Rich Or Die Tryin’  spawned a slew of hit singles including the platinum smash ‘In Da Club’, ‘P.I.M.P’ and ‘21 Questions’. The album produced by Eminem and Dr Dre, inspired the successful biopic of the same name and kicked off one of the biggest careers in Hip Hop. Over 10 million copies sold worldwide 6 x Platinum and multiple Grammy awards.

Lethal Bizzle is a UK Grime artist and rapper, best known for fusing Grime with electronic dance and mainstream music. He’s had numerous top 40 hits and is a clubland and social media personality, with several acting credits to his name.

Tickets on sale now from https://nvite.com/community/50centtour