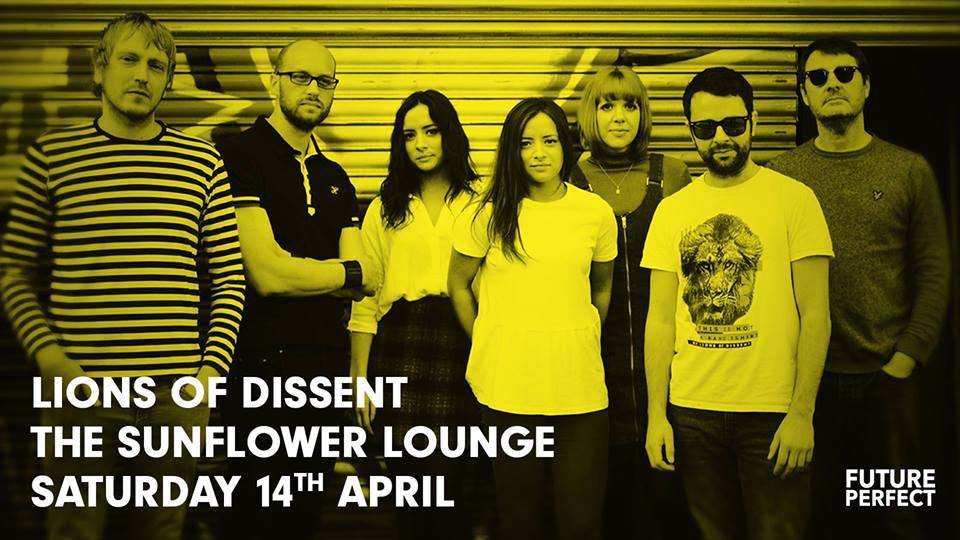 After the release of their debut EP, rotation on BBC 6 Music and selling out their debut live show in November 2017, Lions of Dissent return with their first official single – Honey from Hell.

Described by singer and lead songwriter Tim Baker as a song about “getting what you always dreamt of, but finding it was actually a nightmare”, Honey from Hell is released worldwide via Lion Rebel Recordings on Friday April 6th 2018.

The single release coincides with their first Birmingham live show, presented by Future Perfect and taking place at The Sunflower Lounge on Saturday April 14th. After the success of their first sell out show at Newhampton Arts Centre, another memorable night is expected.

Lions of Dissent live at the Sunflower Lounge, Birmingham

Honey from Hell released on all digital platforms via Lion Rebel Recordings on Friday April 6th.