The Alexandra was built in 1901 by William Coutts at a cost of £10,000 and was originally called the Lyceum. Its opening production was a play entitled The Workman, which ran from 27th May 1901, with tickets ranging in price from two shillings to four (old) pence. Many theatres at the time had a royal connection, the theatre was soon renamed to honour Queen Alexandra.

A major refurbishment project began in 1989. The aim was to provide pleasant surroundings for a complete evening’s entertainment. This involved the redesign and decoration of the bars, foyers and public areas, and also the instalment of new mezzanine floors, on which a new theatre restaurant was built.

The second phase of the refurbishment began in 1991, embracing the total redecoration of the auditorium and backstage areas. The architects spent a great deal of time working on plans to restore the theatre to its 1937 state, and wall coverings and boards were removed to reveal a lot of original features. The total cost of the renovation was in excess of £2.5 million. The majority of this money was provided by Birmingham City Council, with the balance being raised by the Alexandra Development Trust.

In recent years, the Alexandra has benefited from further investment, enabling the stage and front of house areas to be improved in order to accommodate first-rate productions.

Today the Alex is owned and managed by The Ambassador Theatre Group (ATG) who are the largest theatre operator in the world combining international stature with core local venues. As a successful and respected theatre provider, ATG has years of experience helping millions of customers enjoy the very best theatre and live entertainment.

The theatre currently seats 1,371 and hosts a busy programme of touring drama, West End shows and stand-up comedy. It was the home of the D’Oyly Carte Opera Company between 1990 and 1997 and Neville Chamberlain delivered a speech at the theatre on 13 October 1918.

The Alexandra is affectionately known as simply The Alex and hosts some colourful and engaging shows from The Rocky Horror Show to Motown and many theatre classics.

For all the latest info on tickets and shows click here:www.atgtickets.com/alexandra-theatre-birmingham

SeatPlan aggregates user-submitted seat view photos and reviews on their interactive seating plans to help entertainment fans find and book the best seats for their budget. Theatregoers can also earn rewards including theatre tokens by uploading their own view from seat photos in Birmingham and across the UK.

Check the Alexandra Theatre’s interactive seating plan to view other theatregoers’ seat photos and ratings for view, comfort and legroom when you book. 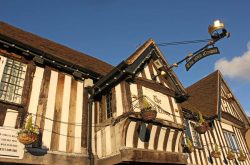 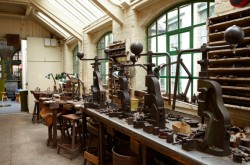 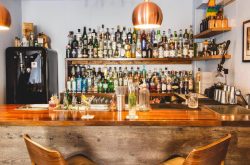 Opened in December 2015, 40 St Paul’s brings a wealth of cocktail making experience and knowledge to the second city. Read more…