Home » What's on » Liverpool Psych Veterans ‘THE STAIRS’ are back!

Liverpool Psych Veterans ‘THE STAIRS’ are back! 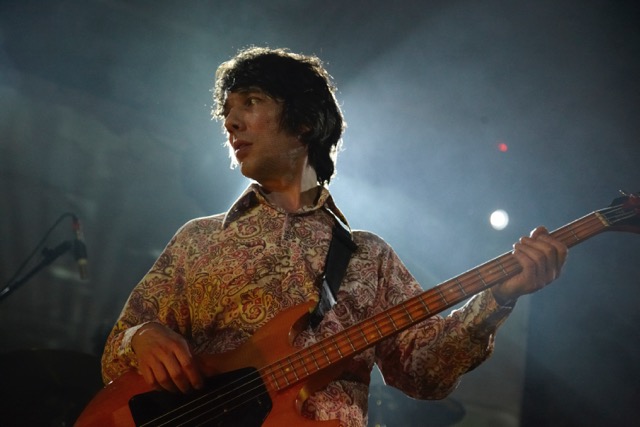 The Stairs are back from 20 years of hibernation, refreshed and once again armed with their exciting hybrid of cosmic psychedelia, raucous rhythm and blues and 60’s west coast garage sounds.

Reforming for a one-off show in their hometown of Liverpool back in November 2015, The Stairs; lead by bassist / vocalist Edgar ‘Summertyme’ Jones (The Joneses, Paul Weller, Johnny Marr) and accompanied by original band members; Ged Lynn (guitar / vocals) and Paul Maguire (drums) cooked up a storm to a sold out crowd and gained exceptional acclaim with many lucky attendees citing it as the best performance they have seen by any band in years.

Due to popular demand, The Stairs have announced a small 2016 UK tour taking place this summer stopping at MANCHESTER, GLASGOW, BRIGHTON and BIRMINGHAM! expect to hear favourites from their classic cult album Mexican R’n’B as well as new material and unexpected rarities. Come and witness why the likes of Noel Gallagher, Marc Riley (6 Music) , and Johnny Marr consider The Stairs to be one of the most exciting and awe-inspiring acts of the early 1990s.

Fellow psychedelic scousers The Wicked Whispers will be in support for the UK tour. Following the release of their critically acclaimed debut album ‘ Maps of the Mystic’ (Psychedelic and Interesting – Huw Stephens, Radio 1) the band release their brand new double A-Side 7” single ‘Zodiac Girl/If I set You Free’ on Electone Records this June.

Frontman Edgar ‘Summertyme’ Jones put The Stairs together after a short-lived stint in Ian McCulloch’s post-Bunnymen backing band. Ged Lynn and drummer Paul Maguire complete the line up of a wholly fabled trio. With just one album (‘Mexican R&B 1992) and a handful of cultish EPs, the band succeeded in carving a lasting legacy – one that inspired a certain ‘cosmically-leaning’ lineage in Liverpool. The mix of psych, Motown and garage rock influences faithfully purveyed by bands like The Coral and The Zutons – owe much of their patent to The Stairs.

The band’s most loved recording, ‘Weed Bus’ – a heady tribute to smoking contraband on public transport, is a cheeky portrait of 80s Liverpool that chimed affectionately with the city’s leisure-loving diaspora. After briefly signing to indie label Imaginery, the Stairs moved to Go! Discs – which was, at the time. home to The La’s and Paul Weller. The band’s only full studio album ‘Mexican R&B’ followed and proved to be a triumphant beacon of raw-edged psych that stood proud and apart against a backdrop of monotonous shoegaze malaise.

Just as The Stairs looked destined to join the annals of Liverpool’s music elite, the band sensationally split in 1994 – a move that cemented their status as cult icons. Jones inherited the mantle of ‘godfather’ of the Cosmic Scouse Scene in the ensuing years, plying his trade with Saint Etienne and Johnny Marr among others. The lean lord of Liverpool even mustered a Mercury nomination for solo album ‘Soothing Music For Stray Cats’.

In 2016, the band were dramatically revealed as the headlining act for ‘The Butterflies Ball & Grasshopper’s Feast’ at Liverpool’s now legendary Kazimier club. With this most auspicious reunion beckoning the possibility of new material – The Stairs perform four unmissable dates in the coming months.