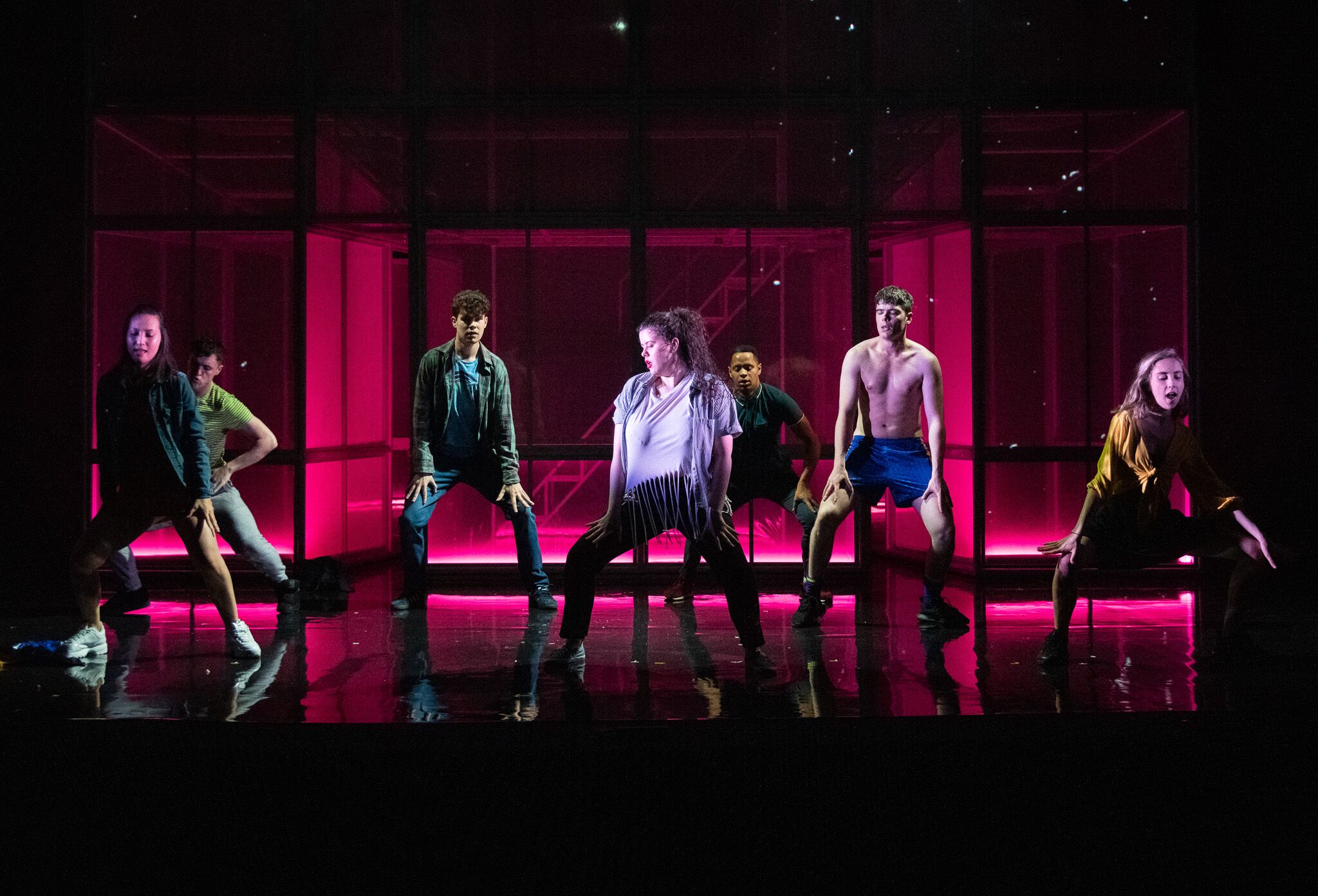 Asking For It shines an unflinching light on the experience of a young woman whose life is changed forever by a horrific act of violence. One night in a small town in County Cork, where everyone knows everyone, things spiral terrifyingly out of control. What will happen to Emma now – her reputation in tatters, and her attackers believed?

Produced by Landmark Productions and The Everyman, Cork, Asking For Itwas a landslide winner of the Audience Choice Award at The Irish Times Irish Theatre Awards in 2018.

Louise O’Neill, who wrote the best-selling novel on which the play is based, was stunned by the stage adaptation following its Irish premiere. Writing for the Irish Examiner she said:

“Nothing could have prepared me for what I saw on that stage. The first act was a whirl of youthful energy and raw sexuality, cut through with an undercurrent of crackling tension. During the party scene, the music felt as if it was pulsating in my veins, my heart racing, and my throat closing up with dread. As the huge screen splintered into broken images, with Emma’s voice narrating the scene, I desperately wished for a way to save her from her inevitable fate. I could hear someone quietly sobbing, and jolted when I realised it was me.”

Speaking further about the play opening in Birmingham Louise said:

“Great art can really move people and that’s what is so powerful about the stage adaptation of Asking For It – I think it demands that we feel those emotions and it also demands that we bear witness to the story, that we’re not allowed to look away and pretend it’s not happening. It’s incredibly powerful. I’m really excited that Asking For It is coming to the UK, I think this is going to be a play that is going to run for many years and be performed in countries all over the world, but I’m delighted that Birmingham will be the first one outside of Ireland.”

Louise O’Neill is a multi-award-winning writer. Her second novel Asking For Itwon Book of Year at the Irish Book Awards in 2015 and spent 52 weeks in the Irish top 10 bestseller lists. Last year her first novel for adults, Almost Love, and The Surface Breaks, a feminist retelling of The Little Mermaid, were both published.

Lauren Coe returns to the play after receiving phenomenal reviews for her portrayal of the lead role, Emma. Lauren Coe is from Dublin, Ireland, and graduated from The Lir National Academy of Dramatic Art in 2014. Most recently she starred as Laurie in feature film Nocturnal, directed by Nathalie Biancheri, which was selected for the BFI London Film Festival’s official 2019 programme. She originated the role of Emma in the world premiere of Asking For Itat The Everyman Theatre, Cork in summer 2018.

Annabelle Comyn is an award-winning Irish theatre director who has worked with The Abbey, Druid, The Gate, and Dublin Theatre Festival among others. She is the Artistic Director of Hatch Theatre Company and Director in Residence at The Lir National Academy of Dramatic Arts.

Meadhbh McHugh is an Irish playwright and writer living in New York. Meadhbh’s debut play, Helen and I, was staged by Druid Theatre Company in 2016 and was nominated for the Stewart Parker Trust Award. Meadhbh’s debut radio play, April Showers, won a PJ O’Connor award for new writing and was broadcast on RTE Radio One. She currently teaches writing at Columbia University in New York where she holds a M.Phil in Theatre.

Asking For Itis co-commissioned by the Abbey Theatre with support from the Arts Council, who funded the production through an Open Call funding round.

“With a script by Meadhbh McHugh that is sharp and also very funny, Asking for It not only stays faithful to the novel, it goes further, raising it up to heaven and down to hell, too.  It is worth the hype” Irish Independent