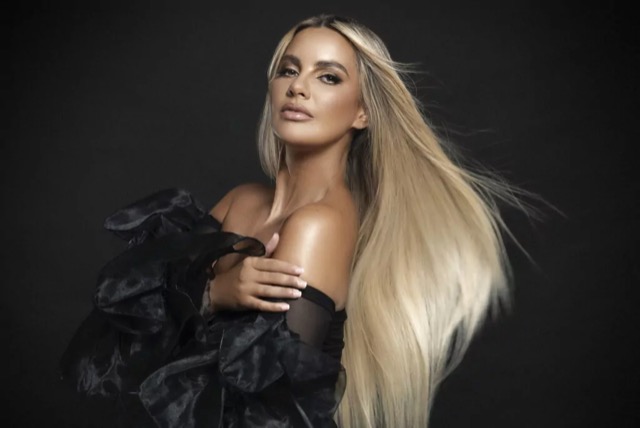 LYRA has released her brand new single “29 Box”, out today via Rubyworks Label.

Following the mammoth success of “Edge of Seventeen“, which achieved over 1 million streams across all platforms, garnered 28.5m global radio impacts, hit Top 10 in the official UK commercial dance charts and held 14 weeks on the Irish National airplay charts and 13 weeks on the Top 10 Irish Homegrown charts. LYRA has announced today the release of her new single “29 Box“. The Cork native coined the term “29 Box” which references the most common size dimension of Snapshots used to create the perfect aesthetic on social platform sites. The announcement follows her mesmerising performance in the Electric Arena at this year’s Electric Picnic Festival in Stradbally Co. Laois, where the record had its debut outing to a full capacity tent, the fan reaction has been incredibly positive.Written by LYRA, mixed by UK music producer Ash Howes (Kylie, Jack Savoretti, Ellie Goulding, Dido), “29 Box” fuse’s LYRA’s dynamic powerhouse vocals that lean into the dark narrative of the record. Revealing her truth and experiences of being critical of one’s self online, LYRA taps into the awareness about the pressures of authenticity and the wider consciousness of portraying one’s internet self, verses reality.Expanding on this, LYRA explains “while social media is an invaluable tool and networking system, it can consume you and a small percentage of people can make it a dark place. I feel like we live in a world with two lives, our glossy online self, when in reality we all have our own pressures. I wanted the record to resonate with my fans, we need to celebrate our individuality”.

“ I never feel good enough, I am always second guessing myself
I never know what I know, cos I’m always comparing to somebody else”.

“29 Box” is a slow tempo sonic sound with woven dance elements and makes for a track that’s as infectious as it is heady. Thought provoking, the music matches LYRA’s emotions captured within her lyrics.

This winter promises to be an unforgettable run for LYRA with the announcement of a full UK live run supporting WESTLIFE on their UK Arena Tour. Full dates and details below.