Published by Maryam Snape On October 2, 2015 Leave a response 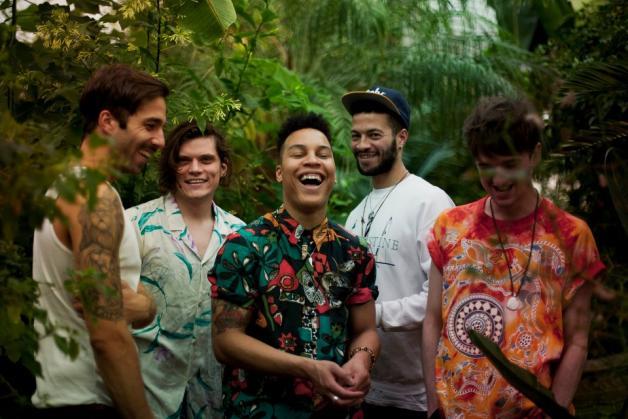 Welcome to Mazzy’s Music Box Monthly Round Up, October edition. Each month I will tell you about some gigs I’ve been to, new releases, old favourites, and interesting goings-on. It’s been another exciting month with all kinds of musical delights in and around Brum, but it’s also been a very sad time for the Birmingham music scene….

Birmingham’s music scene lost one of its brightest sparks last month, the sad passing of Geoff Foulkes of Troumaca sent ripples throughout the city with an overwhelming show of love throughout social networks such as Facebook, or as a good friend of his said to me ‘Geoff-book’.

These outpourings online and in person has meant that Geoff’s band mates, girlfriend Sarah, family and friends have been left in no doubt what an amazing person he was and the impact that he had on others.

Although Geoff had fought a year-long battle with cancer he seemed to be in recovery, so it was a great shock to all concerned when he sadly passed away.

Geoff’s brother Carl has set up a charity project ‘Feel the Grace’ in Geoff’s honour asking that friends and fans donate to this Just Giving page instead of buying flowers.

You can show your support for this worthy cause by donating here https://crowdfunding.justgiving.com/feelthegrace

As a big punk and new wave fan I was delighted to discover this exhibition, curated by Dr Russell Bestley, being held at Birmingham City University’s Parkside Gallery, just next to Millennium Point. The exhibition, which runs until November 13, shows the changing imagery of punk, as well its influence on societal, cultural and political thinking.

It features some of fantastic album artwork from seminal bands such as Sex Pistols and The Ramones, and a Siouxsie & the Banshees poster which took me back to being a 12 year old Goth, back combing my hair and covering half my face in black eye make-up! Most impressive perhaps, is some of the startling imagery such as Margaret Thatcher defecating into a bucket and a Roman Catholic cardinal at a 1930’s Nazi parade.

I would highly recommend a visit to Parkside for this exhibition whether you’re a music fan, an art fan or are interested in the political aspect, and it’s free of course!

To coincide with this there is also the ‘Punk Now!!’ conference, organised by the UK’s Punk Scholar’s Network which is being held on October 29-30 in the Parkside Building.

Last weekend I had the pleasure of DJing at Eye Candy Festival’s ‘Mucha Brumcha’ event as part of the Birmingham Weekender. I’m hoping that you all managed to catch a glimpse of some of the fantastic free live arts and music performances that were going on throughout the city.

Mucha Brumcha was a two-day event celebrating the Mexican ‘Day Of The Dead’, this is far from a morbid occasion, in fact it’s seen as an opportunity to communicate with long lost loved ones and celebrate their lives. Eye Candy did a fantastic job of bringing the festivities to Centenary Square and onlookers were soon in awe of dare-devil circus performers, smiling and boogying along with the dancing skeletons whilst children had their faces painted as the traditional sugar skulls.

On Sunday there was the welcome addition of the Voodoo Love Orchestra, who not only played a rip-roaring roaming set in the afternoon, but also joined the closing parade which was led by a giant robotic Lady Godiva, flanked by colourful dancers and joined in by onlookers like some sort of giant conga line. It was truly a sight to behold and a warm fuzzy feeling ensued.

Last night I experienced another musical delight, ‘Sunshine on Leith’ a musical based around three connected couples featuring songs by The Proclaimers. I wasn’t sure what to expect as I only really know the two biggies ‘500 Miles’ and ‘A Letter from America’, I didn’t recognise the other songs but they were all fantastic and the storyline was masterfully woven around the song subject matter.

Every single one of the locally based actors sang and spoke in authentic Scottish accents, if I didn’t know they were Brummies I would have thought they were a touring company down from Leith itself! A really uplifting and heart-warming play that I would recommend to all ages. Put it this way I’m definitely hunting down some Proclaimers songs today!

You can still catch it if you’re quick! It’s on at The Crescent Theatre until 3rd October.

Everyone love’s a bit of gossip don’t they? Well when it’s the nice kind anyway! I heard on the grapevine that local singer-song writer Barnesy has been getting a lot of industry attention of late, if you haven’t already been bowled-over by his stunning vocals and heart-felt lyrics then you can catch him on BBCWM Introducing on Saturday 17th October.

Birmingham is so brimming with talent at the moment that new bands are popping up left, right and centre. Possibly one of the most exciting of the freshest batch are ‘Bad Girlfriend’.

Bad Girlfriend’s debut EP, “Fried Chicken & Bondage” is due out on 11th October, limited to 50 CD copies, or available via Spotify. The no doubt explosive launch party gig is being held at The Flapper that night.

Here’s a basic run-down of the tracks:

Goodbye – A jarring intro gives way to a driving and vicious tirade of insults. Weirdly melodic in parts.

Little black spider – This track reminds me of bands such as Chinese Stars on the legendary threeoneg label, but again there are catchy melodic sections you don’t expect, it works!

You can watch the video for the single ‘Goodbye’ here: http://youtu.be/QYD4YqsnrLE

There is so much going on in October, for a fuller list of gigs and club nights, check out Nick Byng’s October guide Birmingham Music Guide October 2015  and if you like arts in general, why not take a peek at Sally Watson-Jones’ October Arts Guide.

But I’m not going to tell you about stuff you already know about, I want to talk about the unusual, underground and independent music events that are going on in and around Birmingham. This is just a few highlights and I’d love to hear about anything like this for future editions, so make sure you keep me in the loop

This month you should most certainly have a look at these:

It baffles me how these nights constantly seem to fall under the radar when they continue to bring top notch line-ups to Digbeth. If you’re a fan of garage punk metal, bands such as Turbo Negro, The Damned and New York Dolls then this line-up is for you. Dress trashy-as-hell.