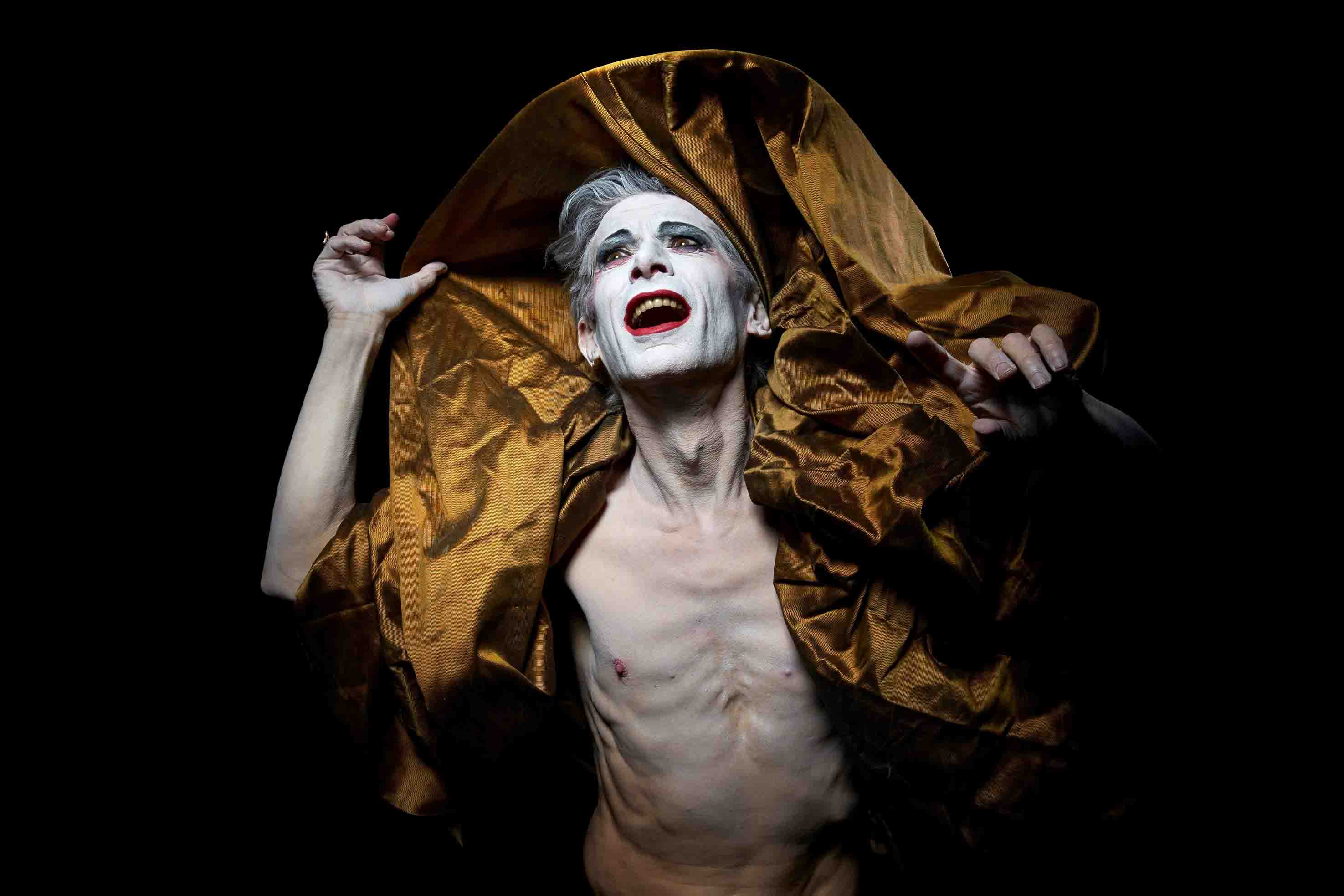 Medea, Written in Rage is unrelenting in its formation of the alarming and disconcerting. A sustained sense of unease is what proves it to be so thought-provoking; it is a truly captivating exploration of female sexuality and fury, of patriarchal experience and the fragility of existence. François Testory is an androgynous Medea, his contorted physicality displaying a sense of vulnerability about the character, whilst sustaining a mania that illuminates her violent disposition.

The framing of this story through Queer perspective is refreshing; as a piece staged for Birmingham’s SHOUT festival it truly lives up to what is promised – a production that provides greater LGBTQ representation. It is a fascinating deconstruction of Medea’s role as a woman.

In a gown swamping his slight frame and exposing a ‘male’ chest, it seems there is a deliberate ugliness to Testory’s Medea. Throughout what is both an intimate and disturbing monologue, he performs fragmented movements that seem choreographed – a testament to director Neil Bartlett’s assertion that the piece is ‘a monologue of the body’.

The use of sound to create the unnerving quality of the piece is also something that does not go unnoticed. Piercing horns and the scratching of a drum are just some of the methods that create this, yet it is also Medea’s voice itself that proves to be a discomforting instrument.

Sound artist Phil Von remains resident on stage throughout the piece, he himself displaying movement that emulates dance. It is the relationship forged between himself and Testory that reminds the audience of the constant performativity of the story and character presented.

Medea, Written in Rage is provocative at its core, providing the basis for which François Testory exhibits an astonishing portrayal of Medea. It is a production like none other.