Meet the Birmingham 2022 squash stars and give squash a try 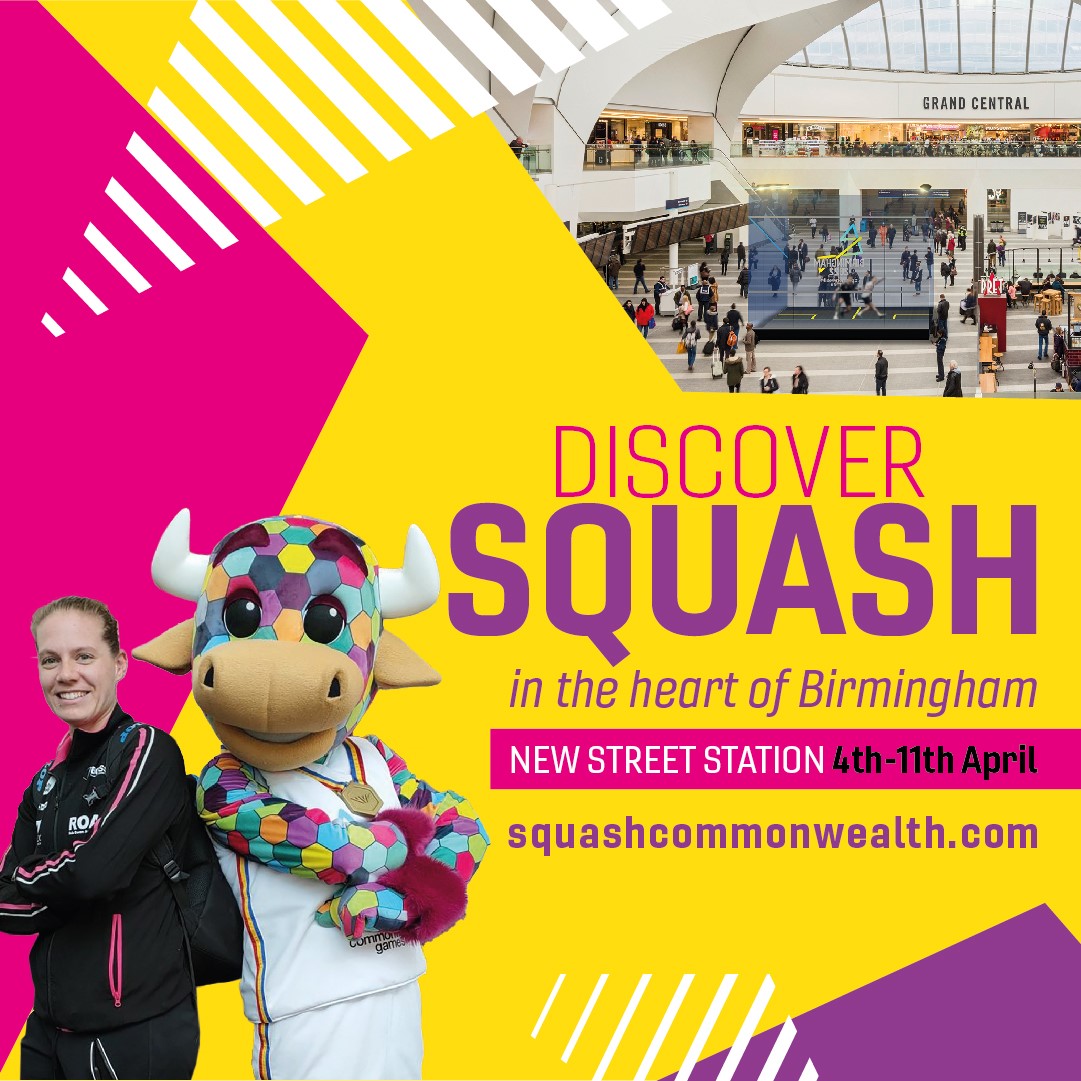 Thousands of commuters and Birmingham residents are set to discover the exciting sport of squash and meet the world’s best players ahead of this year’s Birmingham 2022 Commonwealth Games when a world-class glass court is erected inside New Street station’s state-of-the-art atrium from 4 – 11 April.

An action-packed week of activity is planned to rally the local community which will see thousands of school children having a hit on court as well as open play sessions for the public, a number of taster sessions including squash for beginners, plus exhibition matches and an opportunity to meet professional players.

The glass court is being built to inspire a new generation of players and create a lasting legacy for squash across the region as the sport celebrates its starring role in the Games being held at the University of Birmingham Sport in July and August this year.

From 4 April commuters can stop by on their way to and from work and discover the exciting world or squash with opportunities to get on court.

On 8 and 9 April, passengers and passers-by will get a taste of just how dynamic live squash is when the glass court hosts the semi-finals and finals of the University of Birmingham Open – a professional tournament on the PSA Challenger Tour.

On 11 April the public will be treated to a sneak preview of the Birmingham 2022 squash competition when a host of the world’s best squash players, including England No.1 and local star Sarah-Jane Perry, head to New Street fresh from competing at the World Doubles Championships in Glasgow.

AM – Squash Girls Can

LikeTweetPinShareEmail
Subscribe to Newsletter
Categories: Around The Web, Community Events, Sport in Birmingham, What's on
← PreviousNext →