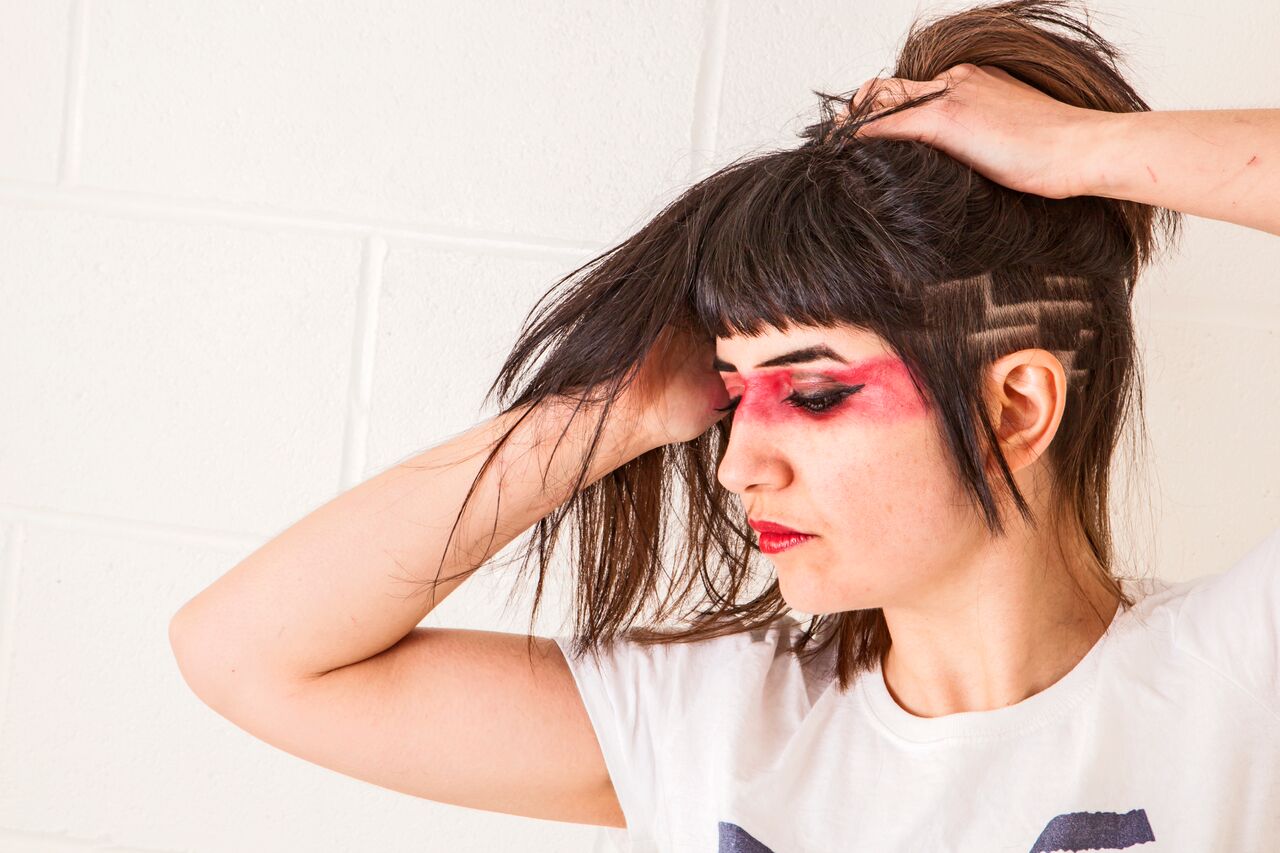 Following on from summer release ‘How she runs’, Midlands artist MeMe Detroit releases next new single; ‘Ashes to Ashes’ on November 10th via her own founded label SoulRock Central Records.

Inspired by Bowie, thanks to a box of hand me down vinyls passed through the generations in her family, indie grunge girl MeMe Detroit does her own guitar driven take on this classic.

The single was recorded with engineer/ producer Alastair Jamieson (The Jesus and Mary chain, Duran Duran,) at Park studios, Birmingham and mastered by Jon Astley at Close To The Edge (The Who, Tori Amos, The Rolling Stones, Stereophonics, Judas Priest).

The band consists of MeMe Detroit, vocals/guitar/synth, Ross Adams, bass and Barney Such on drums. MeMe and the lads have played over 200 gigs across the UK, including a live streamed show in a treehouse, O2 Academy, Jurassic Fields Festival and a recent slot on the main stage at Silverstone.

This solid backbone of live experience has helped mould and shape the band into a sonic force not to be missed which is clearly evident in this powerful yet original version of Ashes to Ashes.

When choosing to take on such an iconic track as this, I knew that I’d have to make it my own so that’s exactly what I set out to do. Bowie was a true individual who stood out away from the crowds. To me that sends an important message to always be true to yourself and don’t feel you have to be a sheep to society