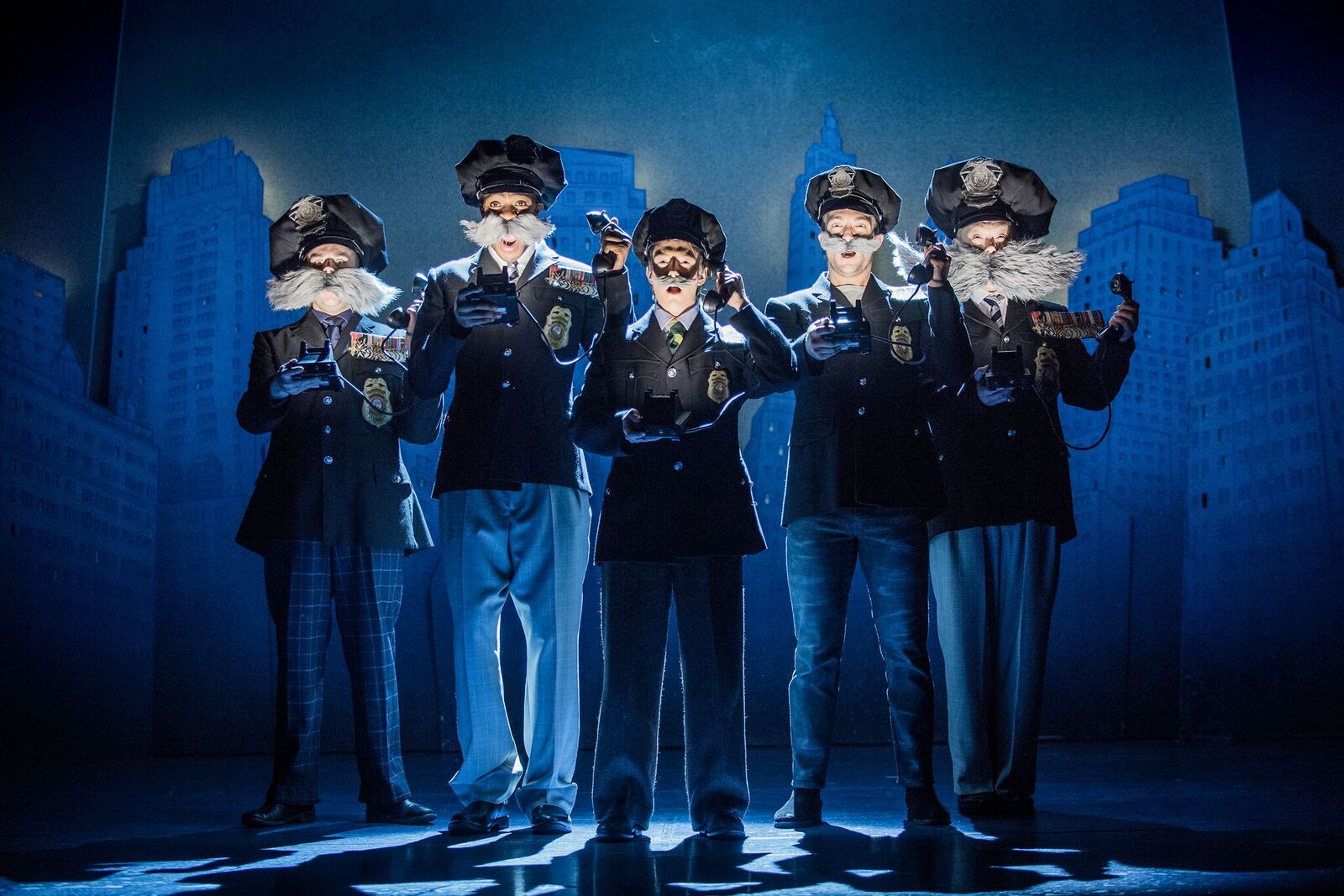 Following the phenomenal sell-out success of its multi award-winning comedy, The Play That Goes Wrong, Mischief Theatre’s first UK tour of The Comedy About A Bank Robbery will open at Birmingham Repertory Theatre on 23 August, before visiting a further 35 venues nationwide.

Currently booking into its third year at the Criterion Theatre in London, Mischief Theatre’s smash-and-grab hit, The Comedy About A Bank Robbery, is a fast and fabulous comedy caper hailed the funniest show in the West End.

Summer 1958. Minneapolis City Bank has been entrusted with a priceless diamond. An escaped convict is dead set on pocketing the gem with the help of his screwball sidekick, trickster girlfriend… and the maintenance man. With mistaken identities, love triangles and hidden agendas, even the most reputable can’t be trusted. In a town where everyone’s a crook, who will end up bagging the jewel?

We’re thrilled to welcome Mischief Theatre back to The REP hot-on-the-heels of their sold out tour of The Play That Goes Wrong and to be working alongside them on the regional premiere of their latest hit.  Audiences are in for an hilarious treat with The Comedy About A Bank Robbery – it will be criminal to miss it!

Mischief Theatre was founded in 2008 by a group of graduates of The London Academy of Music and Dramatic Art (LAMDA).  Starting as an improvised theatre group on the London and Edinburgh fringes, they have grown into one of the UK’s leading theatre companies, winning the Olivier Award for Best New Comedy for The Play That Goes Wrong, and licensing their productions worldwide. Mischief Theatre have two shows playing concurrently in the West End: The Play That Goes Wrong at the Duchess Theatre – also playing on Broadway and touring the UK – and The Comedy About A Bank Robbery at the Criterion Theatre. In December 2016, Mischief made their television debut on the BBC with Peter Pan Goes Wrong(Olivier Award Nominee 2016), which has also enjoyed two sell-out West End seasons. Mischief returned to BBC One in 2017 with a new Christmas special, A Christmas Carol Goes Wrong. The company is led by Artistic Director Henry Lewis and Company Director Jonathan Sayer.