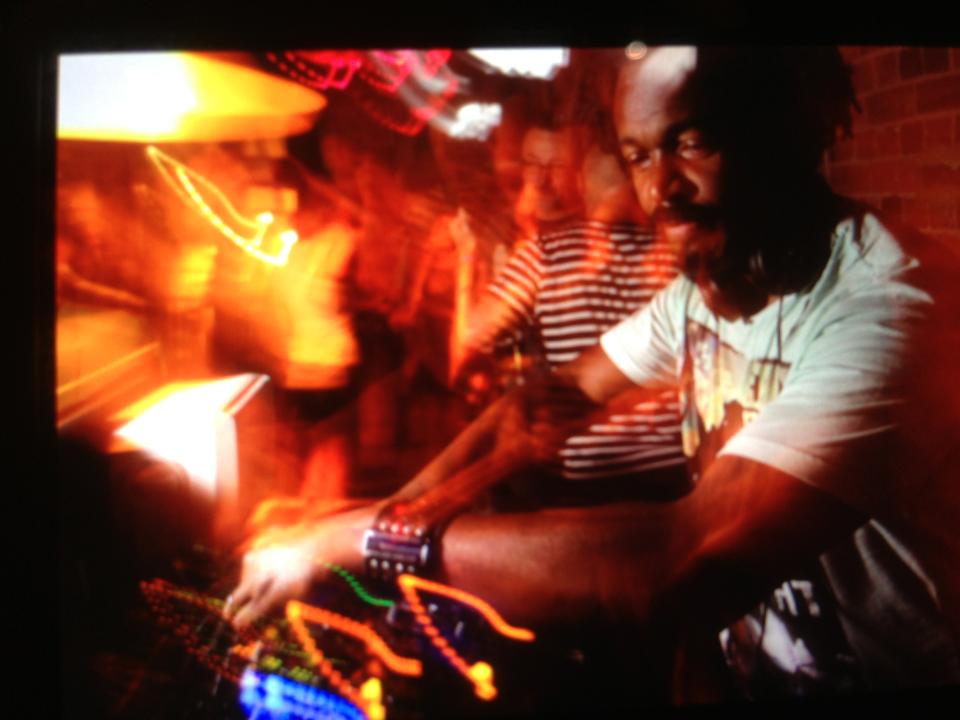 For our latest Q&A session we catch up with local DJ and producer Morais Vibes. Morais DJs at the Bureau bar on Colmore Row in Birmingham city centre and also guests at other events around the city.

Hello Morais, we first met at the Bureau which is where you DJ now, but could you give us a little background on how you first became involved in music and DJing specifically.

“How did I get involved in music, wow that’s question to start off with. For me, personally I can probably date back to the 70’s growing up, listening to my parents record collection, more specifically my fathers where he had a wealth of music, from James Brown, Otis Redding, Marvin Gaye, Barry White, funk, soul motown, reggae, I could go on.

For me music comes from the heart and I like to think that living in a family where music was either played on an old record player, or being played on the radio gave me good grounding. Needless to say I have always enjoyed certain music genre’s. Back in the mid to late 80’s my brother used to go to a lot of the soul all-dayers, and he used to bring back music that was played out.

Late 80’s early 90’s I was into acid house and house music so on and so forth, so as an avid follower of music, my record collection tended to grow with it. Now with djing, I was a later comer to it all. Enjoying myself too much in front of the dj booth, I wanted to try my hand at djing. I accrued a decent music collection and a few pals encouraged me knowing that I have a passion of music.

My very first gig was in Birmingham at a bar called G2 which was good experience for me. I remember traveling from Wolverhampton on the train with 2 bags of records nervous as hell. I admit it wasn’t rammed to the rafters but it was a start, and another gig at Dial in the Arcadian followed along side some really great djs and great friends and it pretty much started from there.”

What have been the highlights of playing to the masses, are there any specific nights which stand out?

“I have had some great nights djing, Some intimate bars in Birmingham, some crazy nights in London, and various promotions across the UK and abroad. There are numerous highlights which makes it all worthwhile. But for me there are probably a couple nights which I would like to put down – well out the one’s I can remember.

I was booked to play on my very first boat party in London for a promotion called Honeymoon (cheers Paul Sutters for the link). A set that was soulful house/classic house. I think I hit button and it was more so enjoyable that I had my friends with me which made it worthwhile.

When I played in Croatia for two great pals Jock Lee & Matt Mckillop for LikeMinded, back, i think it was 2008 was also a special time, nice experience to play out in another country was very surreal and even now I am still indebted to be part of it by Jock and Matt. Other times like warming up for DJ Spen when he played at the Vaults was another one. There are other nights which stand out for various reasons but you might need to get my drunk before disclosing haha..”

Where have you DJ’d, and are there any venues you miss either as a DJ or as a punter?

“In terms of towns/cities they have been, Birmingham, Stafford, Cannock, Lichfield, Stourbridge, Stoke, Leicester, Nottingham, London, across Europe in Croatia, Lithuania, Bergerac and stateside in Miami for WMC 2009, which incidentally coincided with my honeymoon, all ranging from promotions and private gigs.

In terms of venues that I miss as a dj or punter. That’s a tough one to answer. I would love to dj again at the White House in Clapham. I had played there a few times in the summer of 2006 and I recall the atmosphere there was brilliant. Such an up for it crowd. As a punter, its kinda easy to say the older places like the Hacienda, Shelley’s etc but if there was one place I miss, its not a club or a bar. Its a small spot at West Row which I religiously went with my friends at Notting Hill carnival. Its part of Norman Jay’s Good Times Sound-system which I have been for so many years. Holds many memories, one of which where I proposed to my wife and incidentally Sir Norman Jay announced across the mic to the hordes which gathered there. A surreal moment but special.”

What do you think of the music scene in Birmingham right now, how does it compare to when you first started out.

“Birmingham scene has changed. You know good bars and clubs come and go, but there are others are always come through to take over. I think Birmingham caters for a cross demographic of punters both young and old. Across many pockets in Birmingham there are good things happening and going forward there are some great promotions and djs alike who are doing such a great job, and I think as a second city that can only be a good thing.”

Could you highlight your fave musical genres, any specific artists or tracks which make the hairs on the back of your head stand up?

“Disco, soul, funk, is pretty much my genres right now, I always get a buzz when i am playing these forms of music.. Dexter Wansel – I’ll Never Forget. Such an amazing disco track, Donald Byrd – You And The Music. Such a beautiful track, is First Choice – Doctor Love, Unlimited Touch – I Hear Music In The Street, Kleer – Keep Your Body Working, Gil Scott-Heron – Home is Where The Hatred is, I could go on….”

How do you find the transition between vinyl and CD, do you still have a vinyl collection and if so would you play it given the opportunity?

“It took a while changing from vinyl to cd, I guess its always going to happen with regards to taking more music with you to gigs. However I still buy records, enjoy crate digging and I doubt I will ever get rid my vinyl collection. I am blessed that within my current residency, there is a Technics 1210 set up throughout the summer, so I have every opportunity to play vinyl out each weekend. Its still a buzz to me and I doubt it will ever go away although its murder on my back carrying bags up 3 flights of stairs.”

“I can’t honestly see what I would like to see more of in Brum, or less for that matter. There are a lot of promoters out there who do an amazing job and I think the more punters who come out and appreciate the nights is a positive movement for me.”

Are there any other fave cities across the UK or world you love for the music and why?

I think Edinburgh for me. I have friends up there who rave about the Scottish Soul Weekender and the diverse music they have up there.

What is the next big thing for Morais Vibes, what should we look out for?

“Well I have the birth of my 2nd child to look forward to which will be another life chaining event. Also to build upon the residency that I currently have at The Bureau, 110 Colmore Row, Birmingham.

The Bureau is an amazing bar with amazing cocktails and food which is expertly prepared is delicious. The music set up in the summer is on a intimate rooftop terrace which already gives the feel of exclusivity and something of a secret hideaway. I am content with the nights we have up there, and how the residency that I currently run is going.

We have a cross section of punters which walk through the door and the mix is good, as I am keen to promote the music, will more or less appease most ears. Throughout the summer I am bringing in a selection of hand picked djs who bring something different to the table, which I am excited about.

I am djing there every Friday and on Saturdays I bring in a guest dj who plays alongside me. A special mention goes out to owner Zack Foley owner of the Bureau for believing in my vision in taking on the music policy for the weekend which I am very appreciative and supportive.”

In just a few words, sum up what playing music to other people does for your soul?

“If it puts a smile on a face then I am smiling within and it makes it all worthwhile. Too many who know me, know how chilled and relaxed I am which I hope supplements the my djing style and those around me enjoy. I am a down to earth guy and very appreciative and enjoy djing.”

Cheers for the time Morais, see you at the Bureau soon.