New Beers on Menu at The Botanist by Kieran Hartley

Published by admin On February 13, 2016 Leave a response 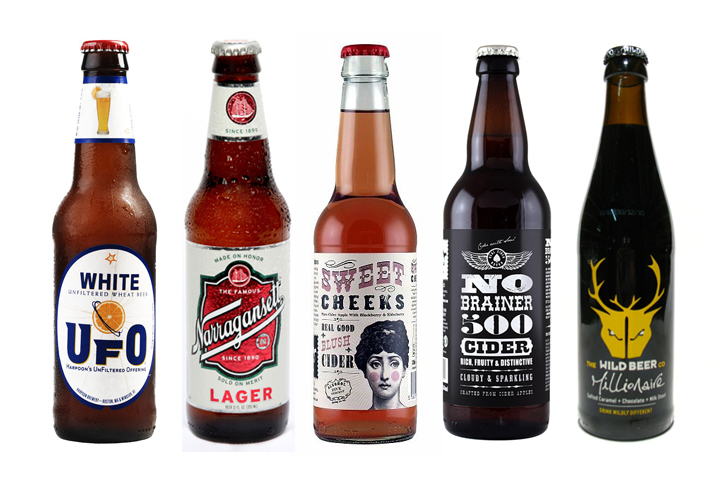 We always have our best-sellers, but each menu change is always a great opportunity to include some of the more niche beer & cider products and see how our customers react to them.

For this menu change we are including 2 beers from the Wild Beer Co. who are based in Shepton Mallet, UK – they are known for using wild yeast (Brettanomyces) and various strains of bacteria to give the beer an intention sourness. As Warren and I were already fans of sour styles of beer, we were pleased to include two from this brewery who are creating some adventurous beers.

Historically, almost all beers were sour to some extent as brewers didn’t have the luxury of having strains of yeast cultivated in a sterile lab environment – this meant that the cultures used were often contaminated with wild strains of yeast as well as bacteria. Unlike yeast which ferment sugars into alcohol, bacteria ferment sugars into different types of acid depending on the strain.

The ‘Wild Goose Chase’ includes Brettanomyces which gives it a slight tartness, but doesn’t make it too sour – the tartness accentuates the already tart gooseberry notes which leave a very drinkable saison-influenced beer.

The ‘Millionaire’ isn’t a sour style, but this one contains Lactose – a simple sugar found in dairy, that yeast are unable to ferment. This means that the lactose remains in the finished beer, giving it a creamy sweetness. Cocoa nibs and sea salt have also been added to create a homage to the millionaire shortbread – chocolate & salted caramel!

Belgian Witbiers are a popular style for brewers all over the world to recreate and add their own twist to. Our menu already contains Belgian style Witbiers from Iceland, Japan and UK (Einstok, Hitachino and Camden Brewery). On this menu change we have included ‘UFO White’ from Harpoon Brewery in Massachusetts. Typically this style is flavoured with Orange Peel & Coriander – however, Harpoon brewery have stated it is brewed with Orange Peel and a ‘unique blend of spices which have been ground by hand’.

Also from the U.S, we have included ‘Narragansett Lager’ by Narragansett Brewing Co. from Rhode Island. This flavourful lager was once the official beer of the Boston Red Sox and has recently seen a bit of a revival as it was the highest scoring Premium US lager on BeerAdvocate.com.

Our menu has always contained some medium sparkling apple ciders which have always appealed to most people’s palettes. With the rise of craft beer a large portion of the UK market are now turning their head towards more traditional styles of cider. For the first time we are including a dry, still cider for those who something less gaseous and with a sharper tang to it. The Cotswold cider co. ‘No Brainer’ will be served in a traditional glass flagon.

Also included from the Cotswold Cider Co is “Sweet Cheeks”, a 4.0% medium-sweet cider infused with blackberries and elderberries straight from the hedgerow, we see this being one for those who like flavoured ciders and we particularly like the fact that it has used berries available from the hedgerows around the orchard as opposed to the more tropical fruits you occasionally see in flavoured ciders.