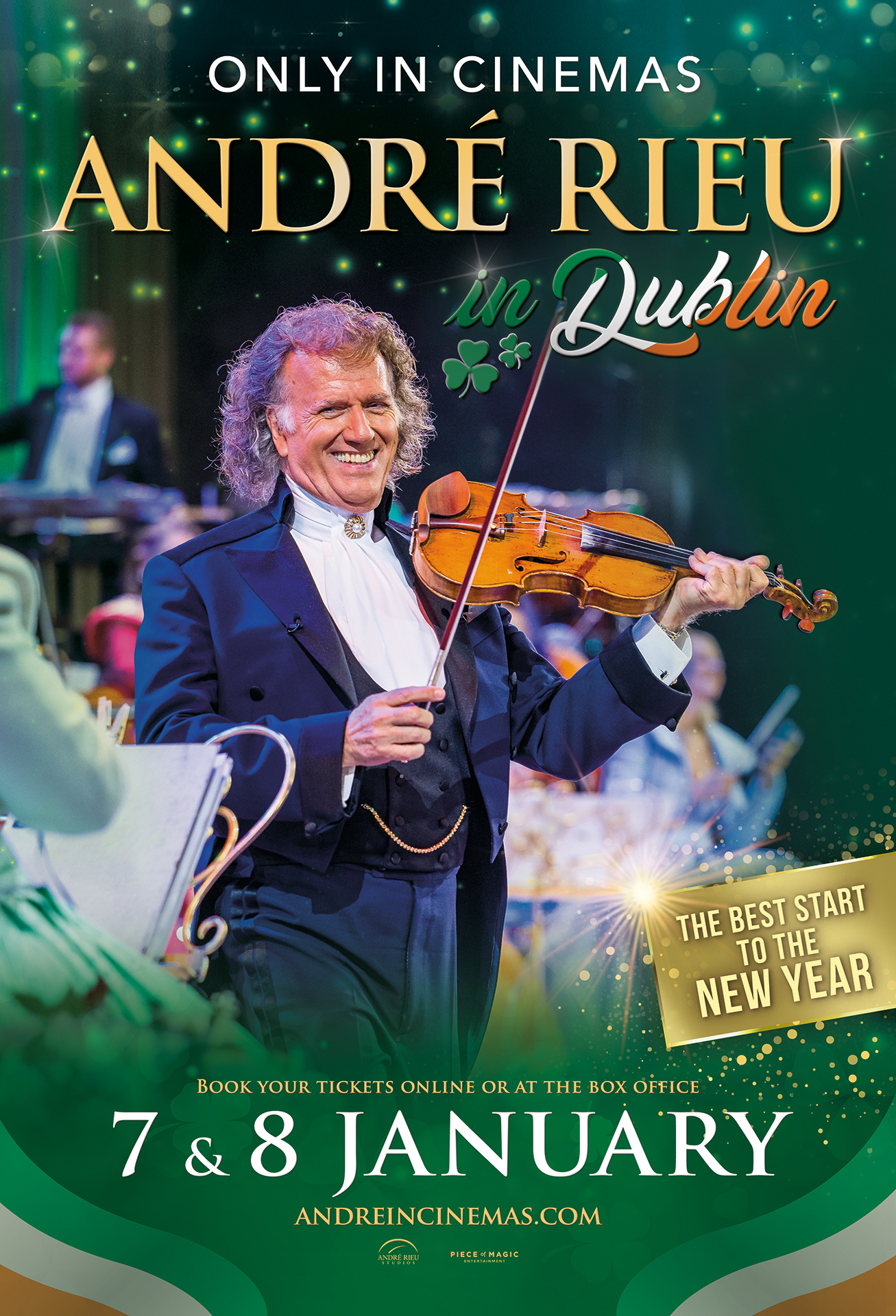 Kick off 2023 in style with André Rieu in Dublin – André’s celebratory concert is exclusive to cinemas across the UK and is the only way to start the new year with your family and friends for one weekend only on 7th and 8th January!

Join André and his Johann Strauss Orchestra to welcome in 2023 as he delights you with romantic melodies, popular classics, party tunes and beloved waltzes at one of most anticipated cinema events of the year.

It has been over 20 years since André first recorded a concert in Dublin, so André Rieu in Dublin is an occasion not to be missed!

“New Years is always such a special time, looking forward to the future, coming together with friends and family and toasting the year ahead! This will be a wonderful concert for everyone to kick off 2023 with a waltz or two! My fabulous Johann Strauss orchestra and I look forward to seeing you in the cinemas and sharing this special time with one another” reflects André.

André has been performing around the world with his Johann Strauss Orchestra for 35 years and has since become one of the most successful violinists and conductors in the world. He performs for a live audience of over half a million each year, spreading his love and passion for music to fans across the globe and now bringing it to the big screen for even more to enjoy.

André’s cinema events are adored by fans, Happy Days Are Here Again was André’s last cinema show which hit the No.1 in the UK Box Office in August.

André Rieu in Dublin will be screened at over 500 cinemas in the UK on 7th and 8th January, so, bring your loved ones to your local cinema to join maestro André and his Johann Strauss Orchestra to enjoy an evening of music and dancing – the best way to see in the new year!

About Piece of Magic Entertainment

Piece of Magic Entertainment (POM) is an international theatrical distribution company bringing high-caliber content to cinemas around the world.

Established in 2017, we specialize in content, ranging from prestige documentaries through to world-class concerts, that demands to be seen on the big screen. From our offices in Amsterdam and London, Piece of Magic’s in-house sales, marketing and operations teams oversee each international theatrical launch across our wide cinema network, consisting of both multiplexes and arthouse cinemas. Depending on the title, we can release in a handful of territories or branch out much wider with a reach of thousands of screens across 90+ countries. We are a centralized operation that implements customized and closely nurtured campaigns in each market.

POM’s past slate includes Todd Douglas Miller’s award-winning box office sensation Apollo 11, David Attenborough’s feature documentary A Life On Our Planet, Dan Lindsay and TJ Martin’s Tina, Nick Broomfield’s Marianne & Leonard: Words of Love and the current slate includes the critically acclaimed The Alpinist and The Lost Leonardo. POM is the proud distributor behind the global box office sensation André Rieu, releasing his concerts each year into cinemas around the world. Piece of Magic Entertainment is the parent company of the all-rights distributor POM Benelux.

LikeTweetPinShareEmail
Subscribe to Newsletter
Categories: Around The Web, Arts Events, Cinema and Film, What's on
← PreviousNext →