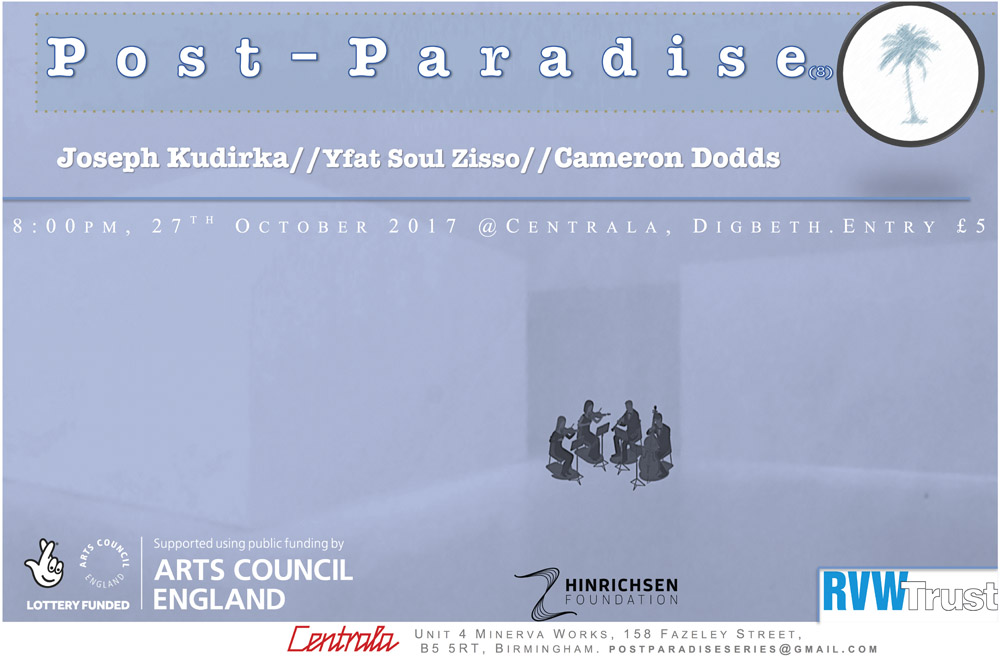 Post-Paradise is a grassroots experimental music concert series run by a collective of composers based in Birmingham, UK. Now in its second season, Post-Paradise has created a centre of activity for new music in the city, programming established and emerging composers from the UK and abroad. The curators focus on artists producing work that is interdisciplinary and/or bordering the outer edges of pop and contemporary music. This month we have Berlin based, Michigan-born composer Joseph Kudirka, described to use “simple terms to say significant things” (The Guardian) alongside local Birmingham based composer Yfat Soul Zisso “real character and sensitivity” (Wales Arts Review) and Cameron Dodds, an ex-Birmingham composer known for the dream-like theatrical interventions.

Find out more about them here: