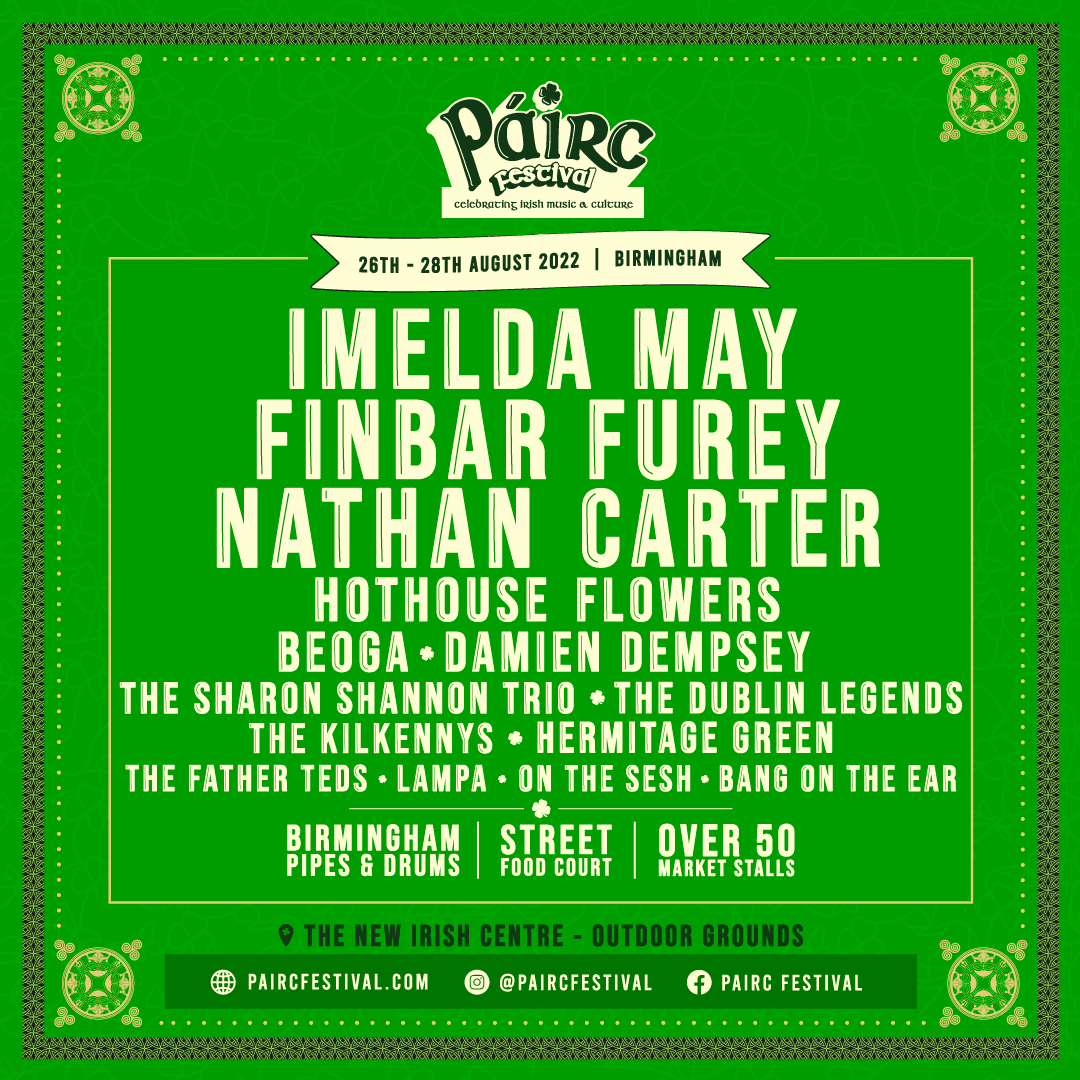 Páirc Festival is all set to bring the biggest names and best talent from Birmingham and Ireland to the outdoor grounds of the former Stadium Club, the New Irish Centre in Kings Heath, on 26th-28th August 2022.

Imelda May joins Páirc Festival hot off her Made To Love tour, which finished last week in the UK, and will be starting its Ireland leg next month. The Dublin-born musician’s latest album in 2021, 11 Past The Hour, even saw a duet with Oasis singer Noel Gallagher, and featured the Rolling Stones guitarist Ronnie Wood!

Ciaran Healy, co-owner of the Old Crown in Digbeth and part of the Páirc Festival organising team said; “ We are thrilled to bring the biggest celebration of Irish music and culture to Birmingham this Summer. Imelda May really has made a huge impact on the music scene in Ireland, UK and beyond so it’s a massive pleasure to have her headlining our first year of Páirc Festival.”

Páirc Festival will bring multiple performances which will celebrate the link between Birmingham and Ireland across a three day celebration!

Dempsey and Hermitage Green taking to the stage, and The Father Teds and Lampa heading up Birmingham’s offering to the bill.

Ian Rogers, Solihull Fest organiser and part of the Páirc Festival organising team also said: “We are really pleased to launch Páirc Festival, and can’t wait to see everyone come together this summer for a celebration like no other.

We hope Páirc Festival will offer people a great opportunity to come together and celebrate in the best way possible, we look forward to bringing a real mix of the best from Birmingham and Ireland.”

The Launch Offer Ticket has now sold out, but Early Bird tickets are now on sale and currently start at £40 for an adult day ticket, £67 for an adult weekend ticket, and £97 for a three day adult ticket, which includes the Ocean Colour Scene event, taking place on the Friday of Páirc Festival. Family and VIP tickets are also available for the weekend.

For more information about the festival, please visit the website paircfestival.com or social media @paircfestival.