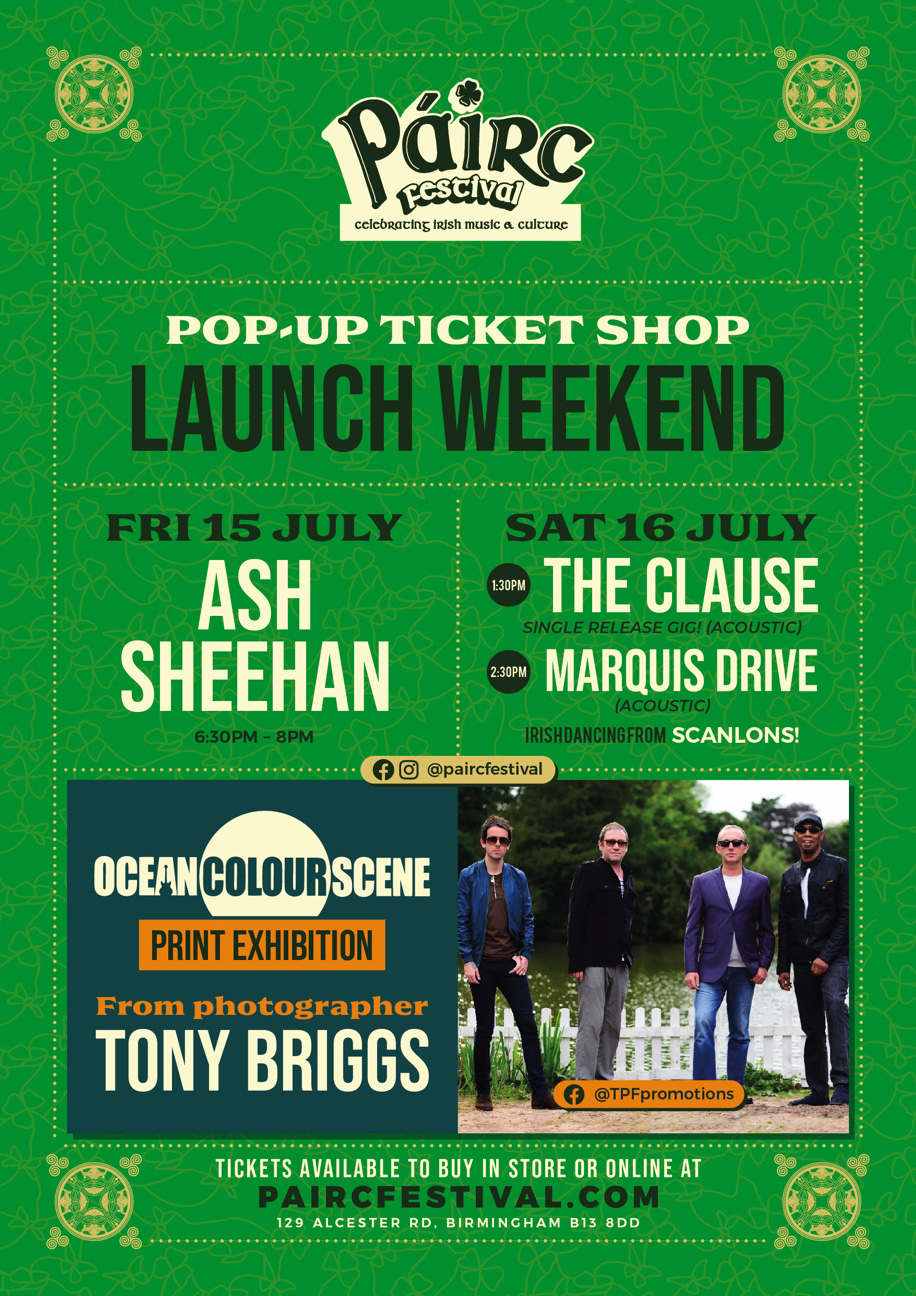 A pop-up festival ticket shop and free entertainment hub is opening in Moseley at 10am on Friday 15th July 2022.

The shop is located at 129 Alcester Rd, on Moseley High Street in Birmingham with tickets to Pairc Festival and the opening party with Ocean Colour Scene will be available to buy from the shop with in-store performances from The Clause, Marquis Drive, Ash Sheehan, Sean Kenwrick, vintage clothes on sale and more.

The shop will also feature a special exhibition of Ocean Colour Scene prints from photographer, Tony Briggs. Tony was the exclusive photographer and video director for Ocean Colour Scene from Moseley Shoals to Marchin’ Already and is currently launching his new coffee table book “Behind the Scene” which is due out in August. Prints displayed are one-off book page proofs and iconic shots of the band.

Páirc Festival will bring multiple performances which will celebrate the link between Birmingham and Ireland across a three day outdoor celebration – Friday 26th – Sunday 28th August 2022 held at the new Birmingham Irish Centre in Kings Heath.

Saturday will showcase the best of Birmingham and Irish talent with Imelda May and fellow Irish legends Hothouse Flowers, Beoga who co-wrote Ed Sheeran’s hit Galway Girl, Damien Dempsey and Hermitage Green taking to the stage, and The Father Teds and Lampa heading up Birmingham’s offering to the bill.