Home » What's on » RetroForward back for September! 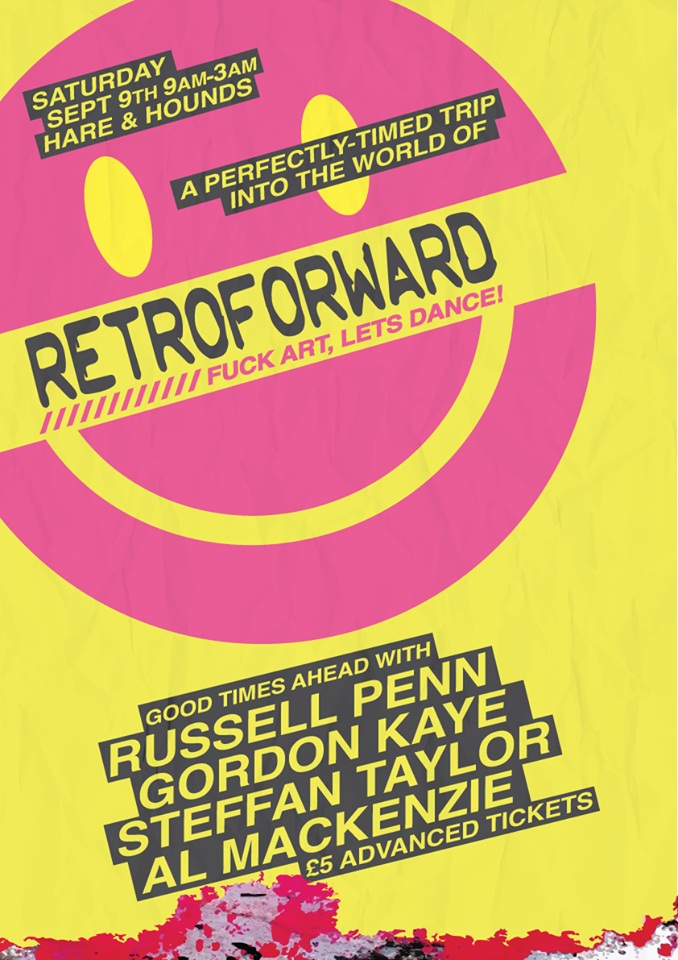 After a hugely successful run in 2005-2006, RetroForward was put on the back burner whilst Al Mackenzie went away to sort out an album that needed finishing. Somehow, he managed to wait nearly 11 years before deciding it was time to bring it back to life.

So, on September 9th 2017, they launch once more. The ethos remains the same, quality new underground music with a few oldies thrown into the mix played by quality DJs for people who want to have a good time. It’ll be in Room 2 of the Hare & Hounds in Kings Heath.

Music on the night will be provided by Russell Penn, Gordon Kaye, Steffan Taylor and Al. Ticket prices are a mere £5 in advance for the first run, available  from Skiddle or The Hare & Hounds. £10 on the night.

Djs are Gordon Kaye, who has been DJing since 1985, starting at The Playroom in Brighton, mixing soul, punk, psychedelia, and indie progressing to acid house and indie by the back end of the 80s and early 90s. During the 90s he played all over the world, having residencies at The Ministry Of Sound and Cream and even doing an Essential mix on Radio 1.He’s put records out On Junior Boys Own, Yoshitoshi, Cafe Del Mar, amongst others and continues to remix as The Centaurs. He definitely fits into the bracket of a club legend.

Russell Penn is a stalwart of the underground London scene, DJing since 1988, promoting such parties as United Frequencies of Dance, featuring appearances from such DJs as Andy Weatherall, Paul Daley, Mr C and Darren Emerson. In 2014 he launched ‘sister’ parties, Musica Noche and Musica Luna,  featuting a list of stellar DJs including Daniele Baldelli, Idjut Boys, Felix Dickinson, Scott Fraser and many more. His new leftfield night with Kirsty P, PIDR, is already causing a stir in London.

Steffan Taylor is no stranger to the Hare & Hounds, playing regularly around Birmingham at such parties as Colore, Ouse and Pagoda. Quality house is his thing and recently did the first mix for the Leftfoot mix series.

Resident Al Mackenzie has been DJing since the mid 80s, formed a group that hit number 1, left and has run parties since then. He is currently resident at The Great Outdoors at The Lord Clifden in Birmingham, has been busy remixing and producing his own tunes and has an EP coming out on the rather splendid KM Editions In October.