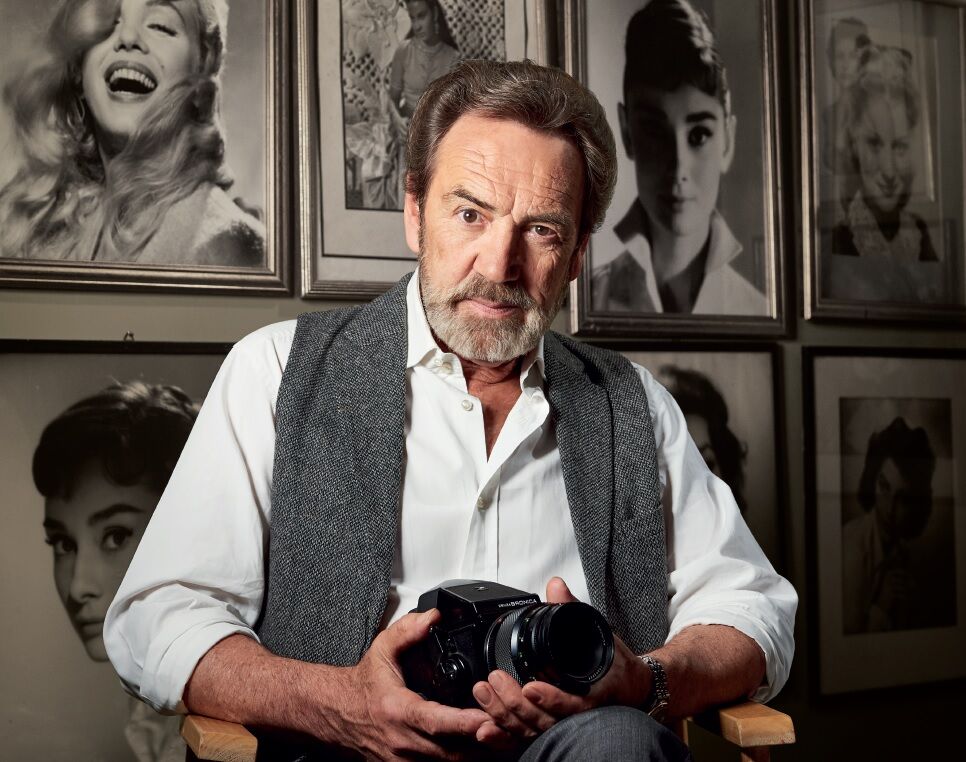 Robert Lindsay returns to the stage in the astonishing true story of double Oscar-winning cinematic master Jack Cardiff. Terry Johnson’s Prism opens at Birmingham Repertory Theatre from 3 – 12 October ahead of a UK tour.

Having opened to critical acclaim and a sold-out run in London in 2017, Prism tells the story of the man who made Hollywood’s greatest divas beautiful. The legendary cinematographer Jack Cardiff has retired to the sleepy village of Denham, Buckinghamshire. His days of hard work – and play – on some of the most famous film sets in the world are now long behind him, as are his secret liaisons with some of the most famous women in the world. Surrounded by memorabilia from a lifetime of ‘painting with light’, the writing of an autobiography should be an easy matter – were it not that Jack would now rather live in the past than remember it.

Jack was an award-winning cinematographer and his films are unbelievable to look at with all the CGI that we have now. What really fascinates me about Jack is that he created icons with such style and class that they all fell in love with him. Audrey Hepburn, Sophia Loren, Marilyn Monroe, Ava Gardner, the list goes on and on. Jack created fantasy all his life. One of the images that captured my attention was a photograph of Marilyn Monroe and it says, ‘My darling Jack if only I could be how you made me look’ and I realised that would make a brilliant play.

Robert Lindsay has performed in television comedies and dramas, in Hollywood films, on Broadway and on the West End stage, with seasons at the RSC and the National Theatre. A multi award-winning performer, his extensive credits include In Praise of Love (Ustinov Studio, Theatre Royal Bath); Dirty Rotten Scoundrels (Savoy); Me and My Girl (London/New York); Disney’s Maleficent: Mistress of Evil, Grace of Monaco, Wimbledon, Citizen Smith, GBH, Hornblower and My Family.

They are joined by Victoria Blunt as Lucy (A Christmas Carol, RSC) and Oliver Hembrough as Mason (The Hired Man, Queens, London; The Wind in the Willows, Birmingham Repertory Theatre).

Multi award winning Terry Johnson’s manyhits include Hysteria, La Cage aux Folles, Mrs Henderson Presents and Dead Funny. His plays have won him the Olivier Award for Best Comedy in both 1994 and 1999, Playwright of the Year Award 1995, Critics’ Circle Best New Play Award 1995, as well as two Evening Standard Theatre Awards.  As a director he is the recipient of a dozen major theatre awards including the Tony Award for Best Director of a Musical 2010, Olivier Award for Best Musical Revival and Critics’ Circle Best Musical Award 2009 all for La Cage aux Folles.