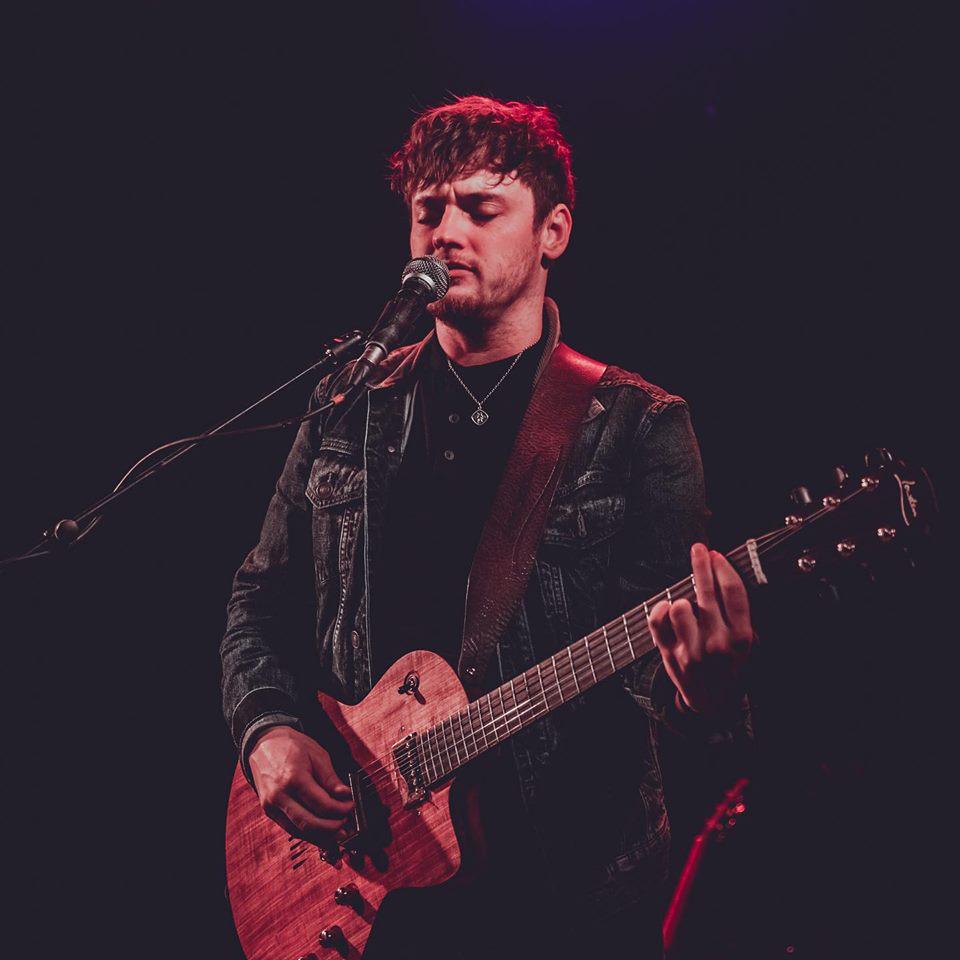 The Irish sweetheart returned to Birmingham on Wednesday the 9th, for a concert at Digbeth’s Mama Roux’s, supported by fellow musicians from back home, Conor Scott and Roe.

Wearing a khaki t-shirt, some skinny jeans, a denim jacket and a pair of Chelsea boots, the 29-year old entered the room with a big smile on his face and a spark in his eyes. Sharing a stage with his guitar, he successfully charmed his audience as soon as he started playing, hitting every note effortlessly, taking us on a journey with his daydreaming voice.

Ryan is such a charismatic musician and a very gifted song-writer, who does not hesitate to show his vulnerability through his meaningful lyrics and expression of emotion.

He performed numerous songs and his most popular singles like ‘’You Don’t Dance’’, ‘’Oh Susannah’’, ‘’Belfast City’’, ‘’Bowie on the Radio’’ and his latest release, ‘’Rebellion’’. Then he started playing ‘’Letting Go for a Little While’’, a very special song that even if you didn’t know the story behind it, its lyrics speak to every soul in different ways, a song that never fails to get the emotions flowing, with tears starting to show among people within the audience.

During song breaks, Ryan couldn’t help but show his affection towards his fans and tried to bond with them by sharing some stories and joking around.

..he started playing ‘’Letting Go for a Little While’’, a very special song that even if you didn’t know the story behind it, its lyrics speak to every soul in different ways, a song that never fails to get the emotions flowing..

The last song of the show was his own spellbound version of an old classic Irish gem, ‘’The Streets of New York’’ by The Wolfe Tones, a song which had a number of fans enslaved with its powerful lyrics, forcing them to join Ryan with their voices.

After the show, the Irishman was more than happy to meet the fans, chat with them, take pictures and sign their CDs.

Whether you are new to Ryan McMullan’s music or already a fan, the following interview is an opportunity for you to get to know better this lovable human being, whom I had the pleasure to spend some time with.

E: You grew up in Portaferry, Ireland, studied Civil Engineering and now, you are a professional musician who records his own songs and tours the world for concerts.

How does that change in your life feel like?

R: I did a few gigs before I finished my degree, but in my head, I told myself that I was going to be an engineer. It’s strange to think that music has always been a hobby and a passion, but I never considered it as a profession. Ever since I started doing this professionally, I just keep learning.

Every-day is a school day. Being a professional musician has so many other things involved rather than just playing music and hopefully pleasing people, there is a lot of work behind it.

E: What do you love the most about Ireland?

R: The people. There is something about the Irish! We are very proud to be Irish, but we are also proud to show it off. For all its history and flaws, people in Belfast are just perfect. They are very approachable, helpful, kind…they are just wonderful!

E: What do you miss the most from home when you’re away?

R: Friends, family, all the people that I love. It’s the hardest thing about this job because there is a lot of traveling and you are constantly far from home. You are never really alone but you always feel lonely.

E: So far, you have covered songs, released a number of your own singles and EPs.

There is something about the Irish! We are very proud to be Irish, but we are also proud to show it off. For all its history and flaws..

When should we be expecting your debut album?

R: I feel like the album deserves its time but most importantly a fan base. I know that I am doing very well, but I want to release a few more songs before releasing it. As far as I know, the album would be out in May 2020.

E: How do you get inspired to write a song?

R: Sometimes, you think of a line by accident and you just remember it, and sometimes that line comes out one day. Others come from experience or from stories. My song ‘’Ghosts’’, is a made-up story of an idea that I thought about, ‘’Jenny and Johnny’’ is about 2 fictional characters and then ‘’Letting Go For A Little While’’ is about having to say goodbye to my parents for the first time at the airport, before leaving to Australia.

The thread between it all is emotion. When emotion strikes you hard, you can’t hide from it, whether its joy, fear or sadness, doesn’t matter what it is, but when you feel it really hard, it hits you. In times like these, I just grab a guitar and get lost in the music. When it comes to song writing, I need to get lost in the music first, see where it takes me, and then find the words on the way.

E: Your music journey as a professional musician started when you did this gig in Ireland, and Foy Vance came to the show and asked you if you were willing to accompany him in his tour as a supporting act, in which you said yes.

Do you think that the way he believed in your talent, changed your life for the better considering where you are today?

R: It changed my life in the direction of music, but I am pretty sure I would be as happy in any other case, I am just positive in that way. Foy Vance has really been one my biggest influences and his approval was more than enough to give me the confidence to go and play to any crowd, because if he is impressed then I am good with everybody else! He definitely ‘’put the spark in the fire’’, by giving me the opportunity to go on tour with him and putting me in the platform. To this day, we still talk all the time, his relationship means so much to me and I am proud to have him in my life.

E: Through Foy Vance, you also had the opportunity to meet Ed Sheeran in one of your London gigs, where Ed proposed to you to support his upcoming tour at the time.

How was your experience touring with Ed Sheeran?

R: I went from playing to 40 people in New York City to 48hours later playing in front of 60,000 in Italy. I don’t get nervous when I perform because I love what I am doing, but it was a bit intimidating at first and a shock to the system, but still an amazing experience. I got to bond with such a wonderful human being. Ed is as genuine and as nice as everybody sees him as.

E: Growing up, you used to listen to rock bands like Aerosmith, Deep Purple, Led Zeppelin and Thin Lizzy. Did you ever imagine yourself as a Rockstar?

E: You are also a big fan of Paul Brady. If you could write a song with him, what would it be about?

R: I have yet to meet Paul Brady, but I am really hoping this will happen one day. I guess a conversation will dictate what the song would be about, but the obvious answer would be the lifestyle, the traveling, missing home, the affection… I would like to write something like ‘’Nothing But The Same Old Story’’.

E: Can you name five musicians that you respect the most, dead or alive?

R: There are so many I could think of, but if we were to call it today’s top five, I would say Sam Cook, Aretha Franklin, Prince, Phil Lynott and John Lennon.

E: Can you list your three old time favorite songs?

R: My top three would include ‘’The Lakes of Pontchartrain’’ by Paul Brady, ‘’Let It Be’’ by The Beatles and ‘’Romeo and Juliet’’ by Dire Straits.

E: Which are your favorite films and television series?

R: For my favorite films, I would say, ‘’Kiss Kiss Bang Bang’’, ‘’Sister Act 2’’, ‘’Hook’’ and ‘’The Neverending Story’’. I also love Harry Potter and Lord of The Rings, but I prefer the books over the films. As for my favorite television series, I can’t get enough of ‘’Stranger Things’’, I recently watched ‘’The OA’’ which blew my mind and I was so gutted when I heard they cancelled it, and I am also a big fan of ‘’Friends’’, ‘’Breaking Bad’’ and ‘’Game of Thrones’’.

E: Can you name three things on your bucket list?

R: I would like to headline an arena, realistically in Belfast for starters, I really want to play in South America and Africa, and I just want to do something that people will remember me for.

E: If you were to play one last song on your guitar, which one would you choose and why?

R: It would be ‘’The Lakes of Pontchartrain’’. It’s the most gorgeous song that deserves to be heard by everyone and everyone deserves to hear it.