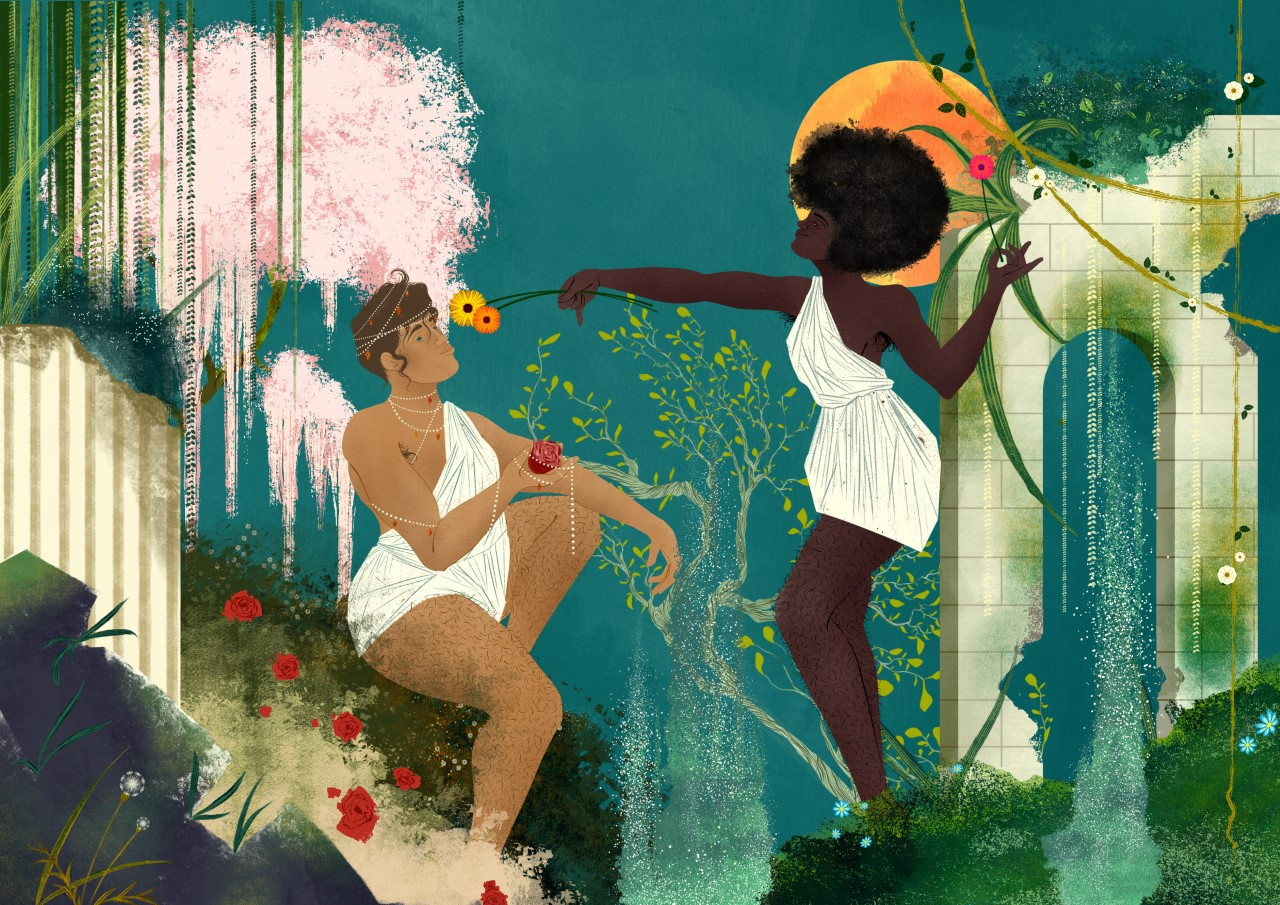 Selfridges Birmingham has teamed up with Fierce, Birmingham’s internationally acclaimed bi-annual festival of new international theatre, performance and experiences, to curate an events programme and in-store art trail that celebrates queer creativity in Birmingham and beyond. From 2nd July, Selfridges customers are invited to experience the work of four artists in Fierce’s Healing Gardens of Bab including a visual art exhibition, presented in ‘The Green Room’ on the Menswear floor. The dedicated room will be a social space for customers on weekdays and  home to a series of exciting workshops on three consecutive weekends in July.

Healing Gardens of Bab is a wider celebration of queer artists from across the Commonwealth, queer culture and histories programmed alongside the Commonwealth Games. Alongside the programme in Selfridges, it includes large scale spectacles and outdoor artworks, pop up performances, drag, pageantry and creative club nights with artists from countries including South Africa, Ghana, Canada, India and Australia.

The Selfridges in-store activity will feature performances, events and artworks that uplift expressions of queerness globally, through joyous spectacles and participatory events. From botanical drawing to voguing dance workshops, the events are aimed at all abilities and tickets are complimentary.

On three weekends, between the 2nd – 17th July, visitors to Selfridges Birmingham can discover an eclectic programme of DJs, performances and workshops featuring local, national, and international names.

Featured artists who will be exhibiting their work at Selfridges Birmingham across the three weeks include Club Atè, Girth of Venus, Sunil Gupta & Charan Singh and Rosanna Raymond & Sione Monu from SaVĀge Kʻlub.

We’re thrilled to be working with Fierce to bring an eclectic programme of experiences, workshops and performances into Selfridges Birmingham. Healing Gardens of Bab is a fantastic celebration of queer creativity and we can’t wait to bring the wealth of talent to our visitors in July

One of the Seven Wonders of the Ancient World, the Hanging Gardens of Babylon are the only wonder whose existence is disputed. It has been suggested by some that the gardens are a figment of the ancient imagination. Just like Babylon’s Gardens, the existence of queer people has often been disputed. Queer people have always existed: from Hijras and Kothi communities in India, Pakistan and Bangladesh;  the Fa’afafine of Samoa; Sangomas of South Africa; as well as many identities that aren’t translatable into English. Fierce’s Healing Gardens of Bab is an artistic response to English colonial history exploring penal codes that criminalised homosexuality whilst looking towards healing queerer futures.

Visitors to Selfridges Birmingham can experience activists from across the Commonwealth, with performances from For The Culture Collective and Tongan Garland Workshops with Sione Monu, an artist of the Tongan diaspora where participants will create their own wearable floral adornments.

Those looking to experiment with make up can also join acclaimed Birmingham Drag Artist and Makeup whizz Lilith. Participants will create floral looks incorporating real leaves and flowers into the makeup process, whilst also learning a number of application techniques such as colour packing, stamping and blending.

Dance, movement, and joy through music take centre stage for week three as visitors to Selfridges Birmingham are invited to explore the many ways in which queer communities have found solace, pleasure, and unity on the dancefloor and beyond.

Guests are invited to celebrate how dancing has been key in finding freedom within bodies that have long been censured. Featuring voguing dance workshops with Eric Scutaro and DJ sets from local party starters Club Bandit, Q Sermon, Mystic Meg and Romo Weeks.

Tickets to all events are complimentary and bookable at Selfridges.com.