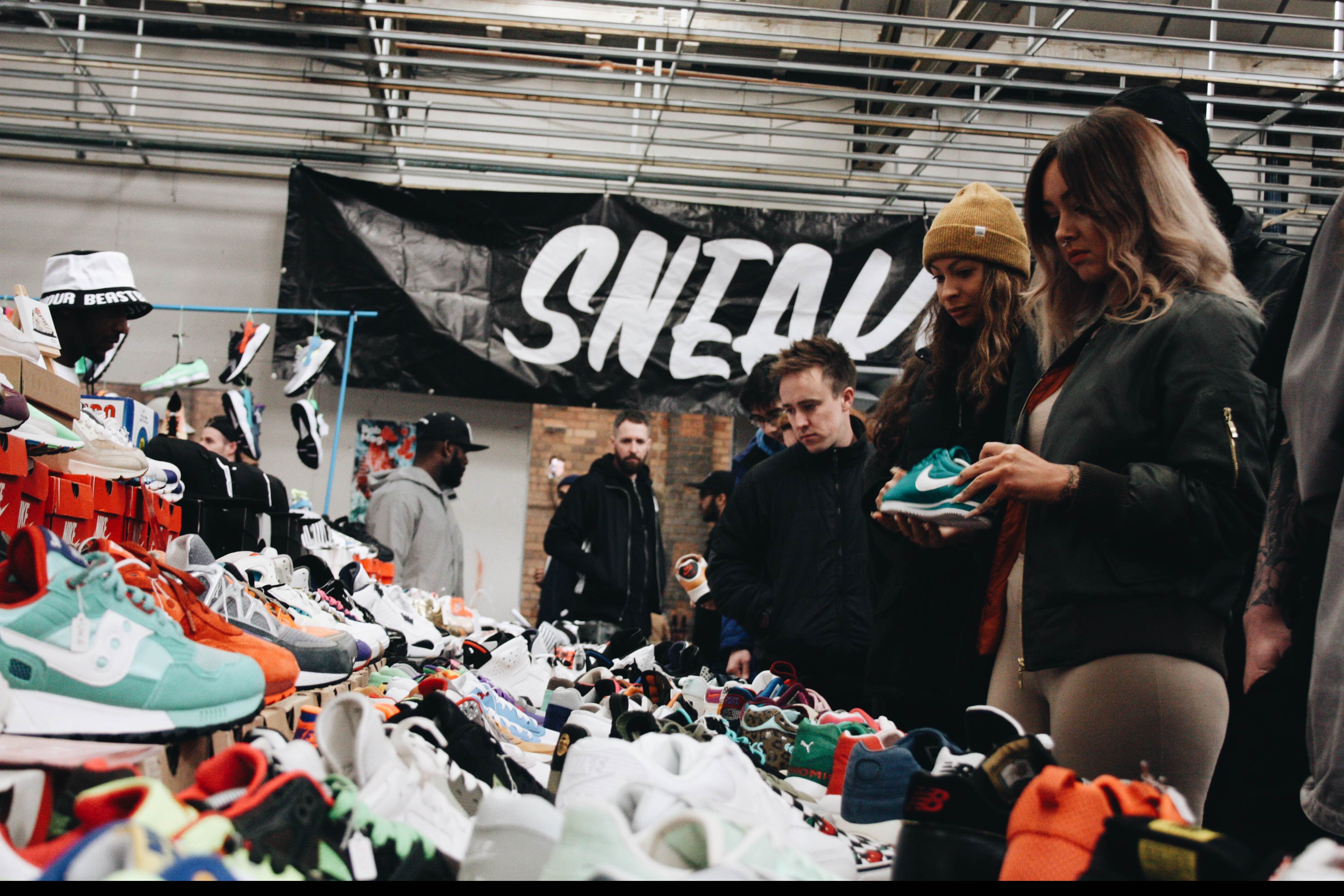 Thousands descended to Birmingham for celebration of sneaker culture at sneaks&peaks: Edition 8.

The main space of the venue became a marketplace from some of the biggest brands in the sneaker and street wear scene, with prices ranging from £30 to £1000.

Visitors to sneaks&peaks could shop for new kicks, covet some rare trainers and browse through art exhibitions at stalls, offering everything from sneaker inspired artwork to merchandise.

New to the 2016 festival was venerable street wear brand Carhartt, alongside a host of many other retailers such as local clothing brand Dark Circle.

Founded in 2012, sneaks&peaks is the only of its kind in the Midlands.

When I first started this event, there was a real lack of exposure for local talent and no platforms for people to show what they were creating. There was no hub, like there was in London, for sneaker heads to get together and be a real community. I wanted to give that to the people.

This has been our biggest and most successful event since our first one in 2012 and we love bringing a unique experience to Birmingham and working with all these amazing independent retailers.

sneaks&peaks will run its second bi-annual event later on this year.

LikeTweetPinShareEmail
Subscribe to Newsletter
Categories: Around The Web, Fashion & Beauty, What's on
← PreviousNext →