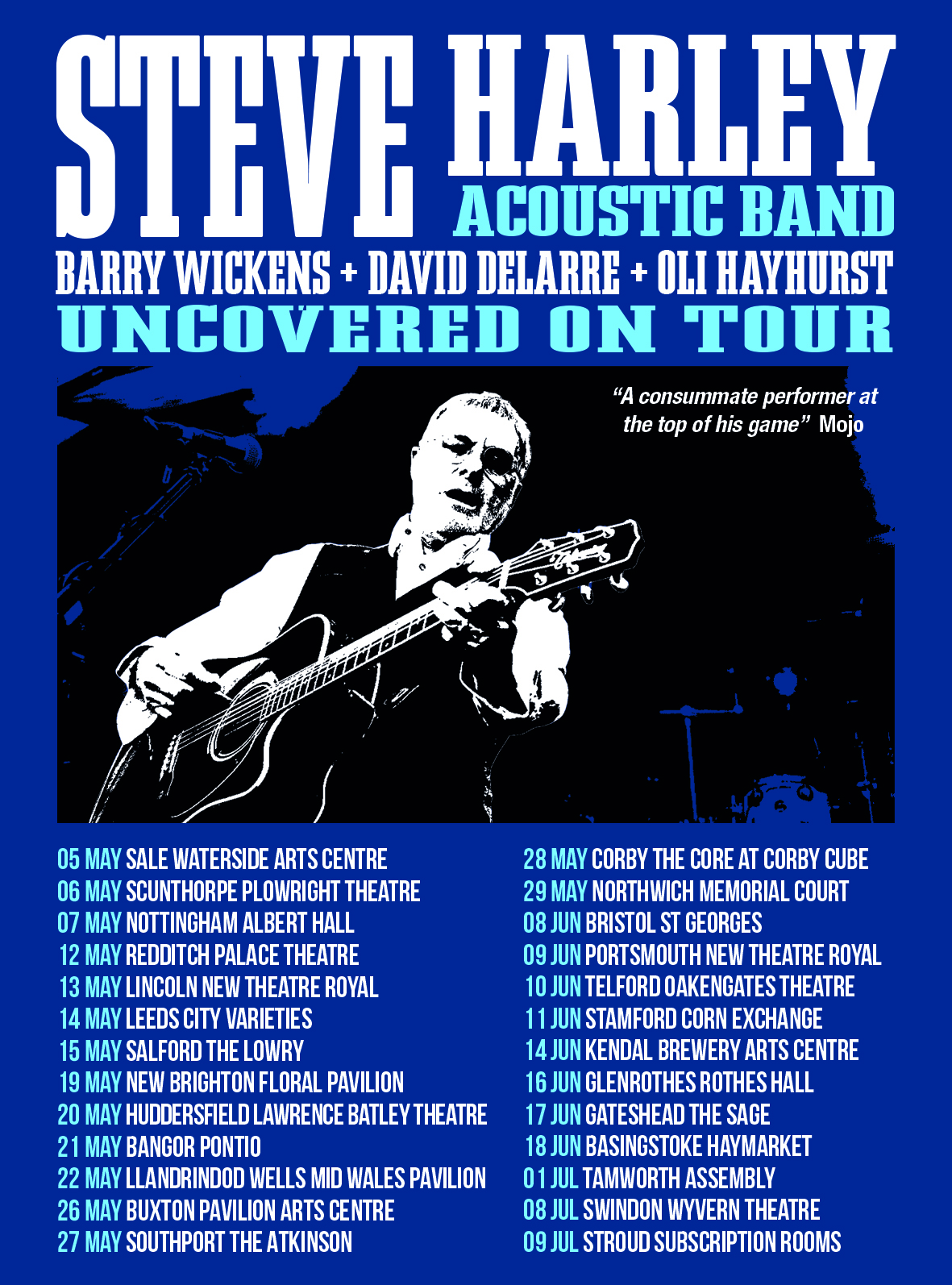 Widely considered one of the most charismatic performers on stage, Steve Harley continues to play to sold-out venues across the UK and Europe.

For Steve, life on the road is more than just a job: it is almost his life’s blood.

And with the February 2020 release of the all-acoustic CD, “UNCOVERED”, the original Cockney Rebel shows no sign of slowing down.

The Acoustic Band for 2022 will find Steve supported by long-standing violinist/guitarist Barry Wickens, and Oli Heyhurst on double bass, with Dave Delarre on lead acoustic guitar.

Steve has been playing Live shows around the world for over 45 years and the thrill of another night in another place to another audience has not dimmed at all.

“We have real adventures on tour, “says Steve. “I’ve seen the Northern Lights, the Midnight Sun and dozens of wonderful galleries, museums and great cities, all on my down-time. I have a great life as a Wandering Minstrel!”

The acoustic sets for 2022 will include songs from the new CD, plus a selection from the vast and eclectic Harley Songbook. Mr Soft, Judy Teen, Sebastian and the legendary Make Me Smile will all be re-produced in the unique acoustic style.

Close-Up Culture stated: “It was an intimate night in the presence of a great musician. An individual whose passion for live performance and perfection (it shows in his face) remains undiminished.”.

Rod Stewart, who covered Steve’s song “A Friend For Life”, describes him as “One of the finest lyricists Britain has produced.”

MOJOsaid simply, “Harley creates rock songs that are proud, lyrical and full of yearning.”  Steve has also been described as “A consummate performer at the top of his game,” and this show will bear that out.

Steve received a Lifetime Achievement Award for Acoustic Music from the Acoustic Festival of Britain in 2018.

Steve Harley ‘Make Me Smile’ (Come Up & See Me) – https://www.youtube.com/watch?v=qpJ0cyXbMbI