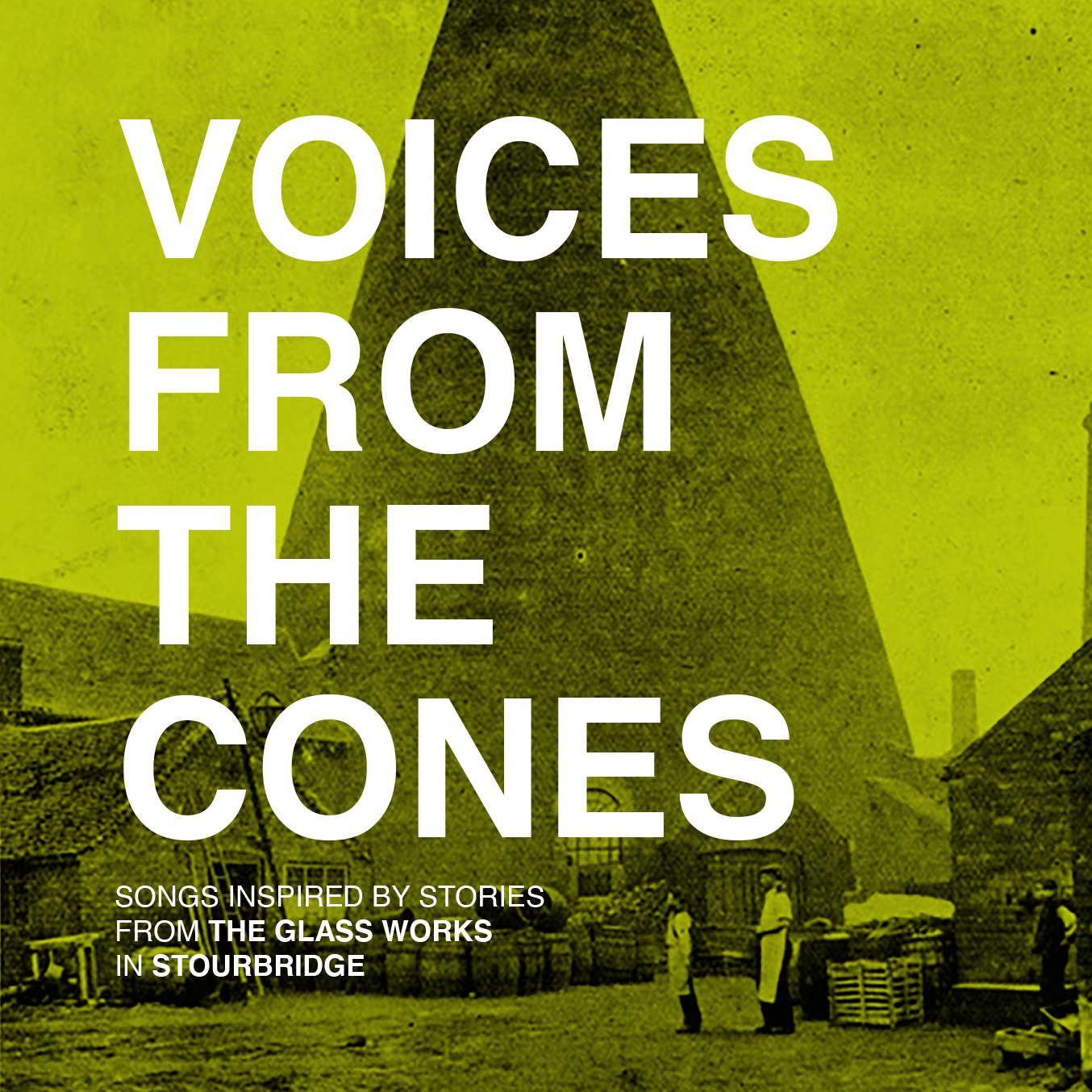 Voices From The Cones

A song cycle (with narration).

Voices From The Cones retells – in a song cycle and narration – real stories from workers at the old Stourbridge Glassworks, which closed in the 1990s.

For over 400 years, the glassmaking industry nourished the communities of Stourbridge in the West Midlands, where – thanks to the skills of immigrant French Huguenots – it became the most important glassmaking area of the country.

In recent years the industry has faded away, with the last factory apprentice, Malcolm Andrews, now teaching artisan makers (who are the last link in this glassmaking chain).

Black Country musician Dan Whitehouse was invited by Alan Ellsmore of the Ruskin Mills Trust in Stourbridge (a college built on the old Glassworks site) to research and write a narrated song cycle about the history and community of the glassworks in 2019.

The resulting Voices From The Cones sprang from an archive of interviews with 100 former glass workers, talking about their memories of working in the glass trade, alongside new interviews conducted by Dan, accompanied by storyteller John Edgar.

An emotive journey into the history and future of the glass industry, the song cycle (with narration) sees Dan collaborating with a sparkling array of musical talent, including John Elliot, Chris Cleverley, Kim Lowings, Gustaf Ljunggren, Nicole Justice, and Lukas Drinkwater.

Gliding between electronica, country, rock, hip-hop, folk and pop, songs celebrate the largely untold stories of Stourbridge’s master craftsmen/craftswomen and their communities, the huge Glassworks production line, the distinctive cone-shaped furnaces that once filled the skyline, and unique pieces of glass created in more recent times. Through tales of courtship, entertainment, fear, family, refuge, beer, skill, and more, these voices from the cones are heard again.