Symposium held to discuss the role of art in city development 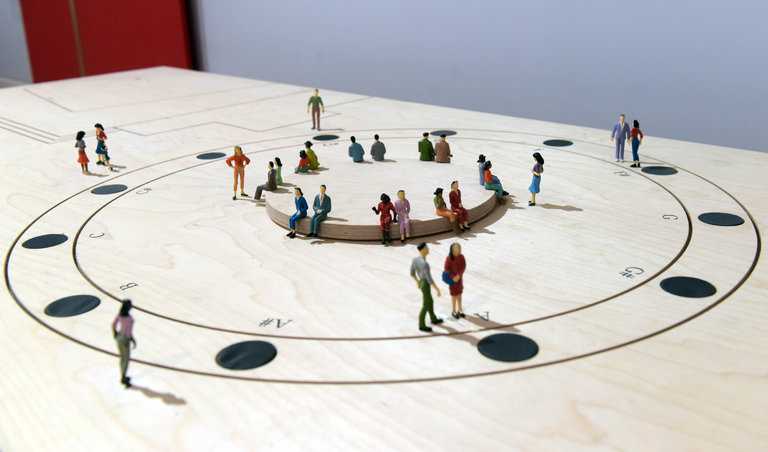 A public symposium is taking place in Birmingham to examine the role that public art plays in wider society and urban development.

‘Public Art Thinking’, hosted by Eastside Projects in partnership with Birmingham Big Art Project, will explore how artists and property developers can work together to create urban spaces, and how artists can make spaces unique within new inner-city developments.

Through a series of conversations, Eastside Projects and Birmingham Big Art Project hope to uncover how public art and architecture can work better together. Birmingham Big Art Project is an initiative aiming to commission a work of public art that places Birmingham firmly on the world’s cultural stage. The Project believes that art is a vital part of our city’s past, present and future and its aim is to commission a new public artwork that can support and expand the idea of a twenty-first century city.

The conversations come at a time when Birmingham’s landscape is changing greatly. Birmingham Big Art Project announced earlier this year that it is in discussions with HS2 Ltd to understand the potential for integrating its £2 million artwork, named Station Clock, into the overall redevelopment plans for Eastside.

Station Clock, by Turner Prize-winning Susan Philipsz, is a large-scale aural clock, comprising of 12 digits representing the 12 tones of the musical scales, using different vocal combinations for each digit. The sounds of ‘Station Clock’ will be made of up to 1,092 voices from Birmingham’s diverse population.

We have been on an exciting journey together, thinking about the city of Birmingham and how it is possible to capture a civic mood through an artwork.

A double issue of Art & the Public Sphere journal has been dedicated to this concept of Public Art Thinking. It is edited by Mel Jordan and Anna Santomauro and it includes commissioned work by Janna Graham, Robert Garnett, Mel Jordan and Stuart Whipps. The journal will be launched as part of the symposium and a bookstall with copies of the journal and other books will be available for purchase at the symposium.

The event takes place on Wednesday, November 22 at Curzon Building lecture theatre, Birmingham City University between 1pm-5.30pm. Tickets to the event are £5 (£4 concessions) or free for Eastside Projects members and can be purchased at http://bit.ly/publicartthinking. Speakers include Mel Jordan, Janna Graham, Barbara Holub, Rosalie Schweiker, Robert Garnett and Andy Reeve.