Home » What's on » The Best DJ Bars and Nightclubs in Birmingham

The Best DJ Bars and Nightclubs in Birmingham 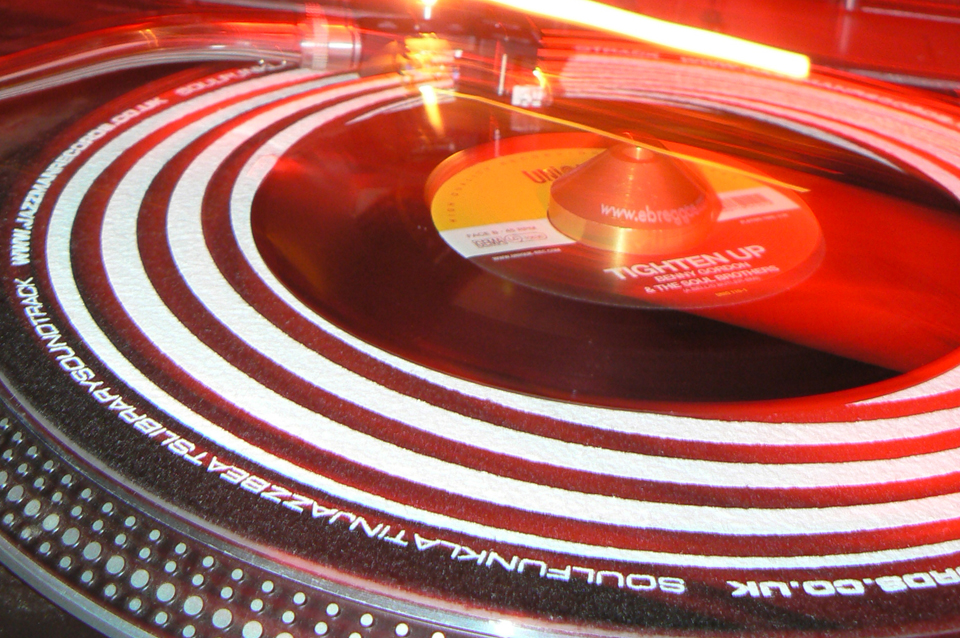 Birmingham has previously had numerous influential bars that successfully incorporated DJs into their brand, such as The Medicine Bar in Digbeth, Circo and The Yardbird. The right DJs at the appropriate venue can build an atmosphere that a Spotify playlist running in the background cannot achieve. An effective DJ can help create an identity for a venue, respond to the mood and changes that occur over the duration of an evening and just play a better selection of music.

Here’s a breakdown of some of the best bars, clubs and venues that utilise DJs in the city today. 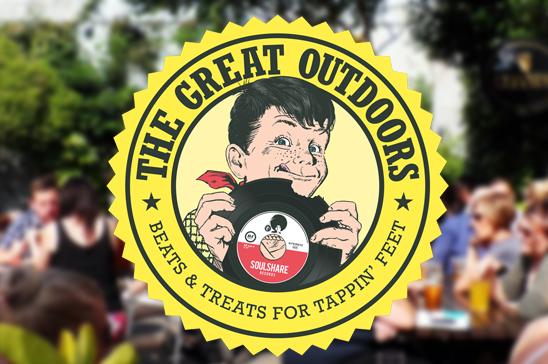 The Lord Clifden has been entertaining punters in Hockley with dedicated vinyl DJs since its rebranding as an Urban Art Bar by Graham Smith. This quirky Victorian boozer is not only home to award winning Sunday Roasts and Banksy art, it also has some of Brum’s finest DJs both inside the main bar and out in the large beer garden.

DJs spin everything from funk, soul, house, nu-disco, balearic, ska and reggae every weekend. It’s free before 10pm and £5 after. 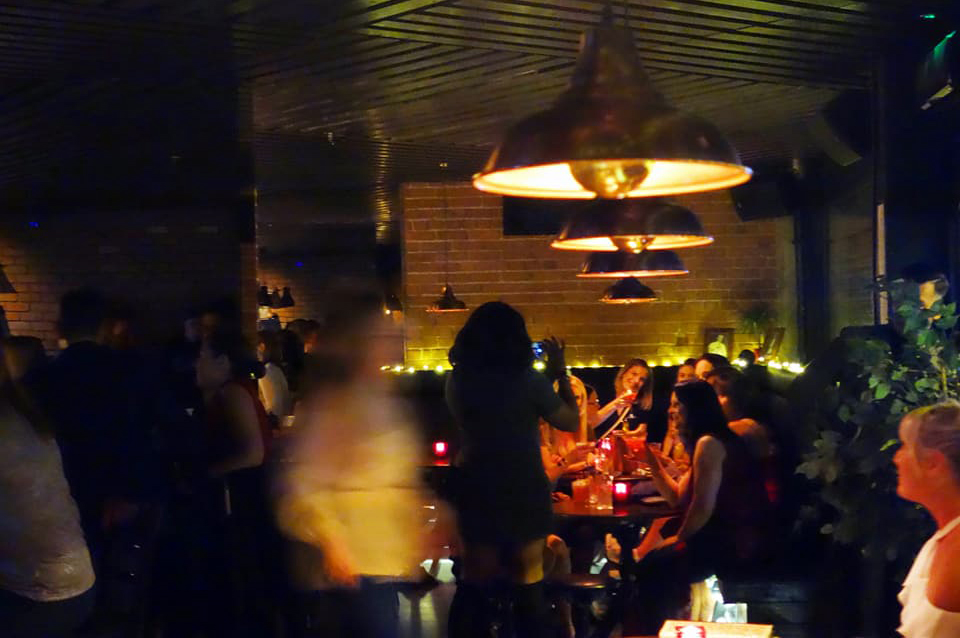 Through the prism of a cocktail glass, Bourne & Co create a vibe, mixing remnants of the past with a more convivial era. Bourne & Co. bring back the craftmanship of bartending that seems to have been lost by so many of the large chain brands and independents. This late-night, intimate drinking den is located a stones throw from the New Alexandra Theatre, with killer cocktails and a deep music policy.

Open from early evening till late -Tues-Sat, expect low lighting, a professional yet friendly service and an environment that welcomes drinkers who are looking for that extra special experience. Situated near Colmore Row and close to the business district, The Bureau rooftop is the perfect place to escape Brum’s busy throng.

Whilst there are classic cocktails, fine wines and beers to be supped, music is at the heart of this marble clad yet casual bar.

DJ Morais Vibes and guests such as Bradski Love play a wide mix of rare-groove disco, soul, house and funk every Friday from 4pm until late, and daytime on Saturdays too.

The roof terrace is part covered during winter with heaters and two sheltered snugs, this is just as popular in winter as it is in the summer months. Drinks can be ordered at the bar downstairs or on the rooftop during weekends, there are some steep stairs but it’s worth the hike to the top – free entry. 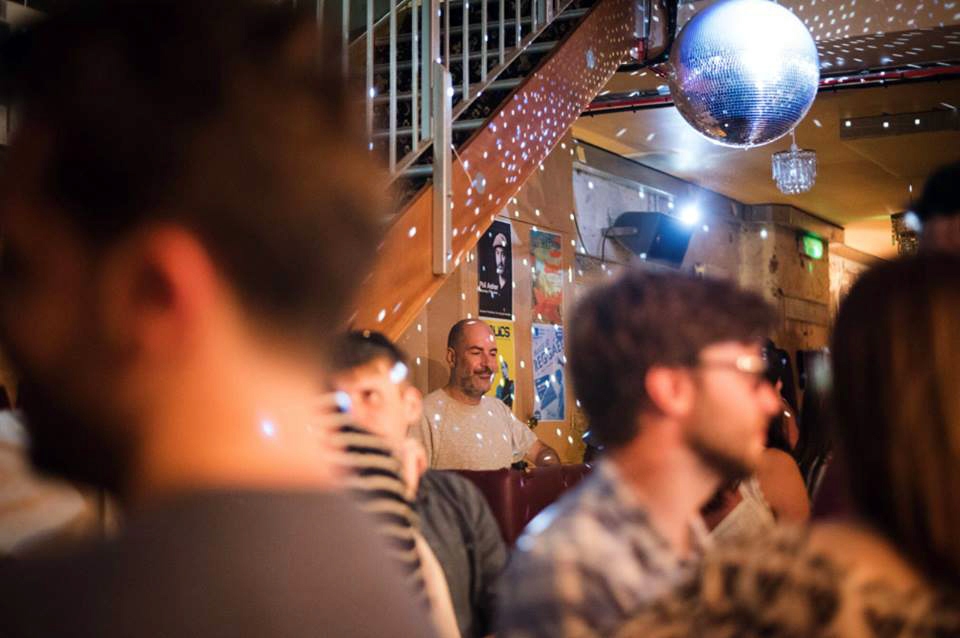 1000 Trades is an independent Neighbourhood Bar and Kitchen situated in the Jewellery Quarter, Birmingham. The business is located in a Grade II-listed building at 16 Frederick Street, and celebrates Birmingham’s rich craft heritage. The bar champions all forms of craft.

That starts with craft beer and natural wine, kitchen residencies by food entrepreneurs, all to a soundtrack prepared in partnership with Birmingham’s music community. Artwork of local artists is showcased throughout the building and there are various events on rotation. 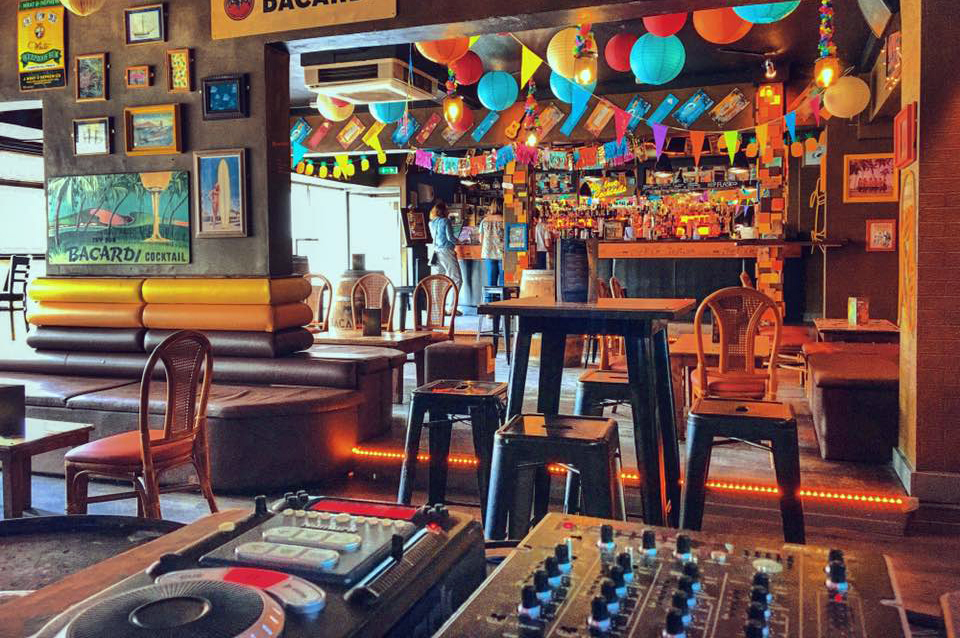 Bitters n Twisted family of bars have two contenders worthy of this list. Apart from being known for its theatrical cocktail concoctions, Island Bar hosts some very knowledgeable DJs.

Thursdays are Tikki nights with some of the city’s best funk, disco and afro beat, whilst weekends see a similar vibe with classic disco, soul and some obscure funk thrown in for good measure. DJs to grace the decks both upstairs and in the main bar include T-Bird, Sam Redmore & friends – free entry.

The Vic is a more full on disco student affair during weekends with classic indie, rock, disco and dance most Friday and Saturday nights, with an upstairs bar often in full force.

As a side note, another of the Bitters n Twisted family, Bodega on Bennett’s Hill, run a great DJ night on Friday’s – Lucha Libre! Digbeth Dining Club has literally put Birmingham on the street food map of the world. Their weekly street food set up includes some fantastic food stalls and vans offering everything from waffles to Thai Curry.

The venue is Spotlight Bar and its outside covered yard. This space is ideal for the many traders who fill the bellies of hungry Brummies, but the space inside lends itself perfectly to some of the city’s finest DJs.

It’s a varied music policy at Digbeth Dining Club, the same goes for Spotlight and its regular DJ nights. Emphasis is on vinyl DJs on rotation, most of the city’s DJ elite have graced this space at one time or another. Every Friday and Saturday, 4pm until late – free entry (you have to pay for your food obviously!).

Sun On The Hill 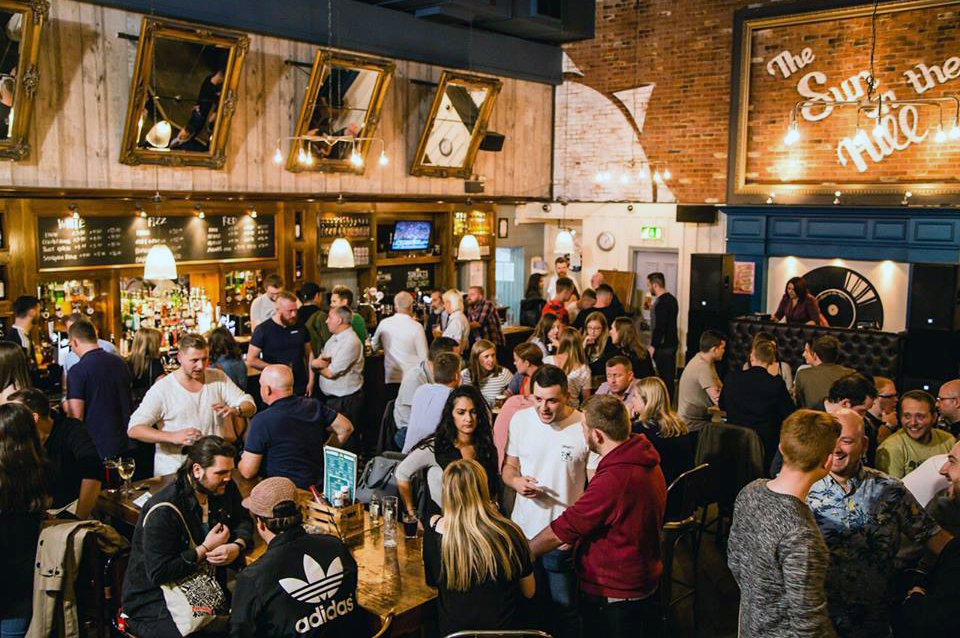 Some may be surprised to discover The Sun On The Hill is an independent pub, and as such the owners are all for local DJs entertaining the city centre revellers who filter in through each week.

This large space can get pretty rammed on a weekend, with afterwork drinkers and people dropping in on a Saturday, all of which are up for the craic. The DJ booth takes pride of place at the far end of the pub with a pretty eclectic music policy.

DJs such as Mazzy Snape (Chick Dig Jerks) and Paul Cook (Snobs legend) play anything from indie to rock, disco to funk and a few classics in between. Mazzy also plays The Night Owl club and Paul has a weekend residency at the Junction in Harborne where he spins from 9pm-1am and plays Velvet Underground, The National, Serge Gainsbourg, Pale Saints, with a bit of Northern Soul and Funk chucked in for good measure – the only UK DJ to brew Spiced Apple Cider! 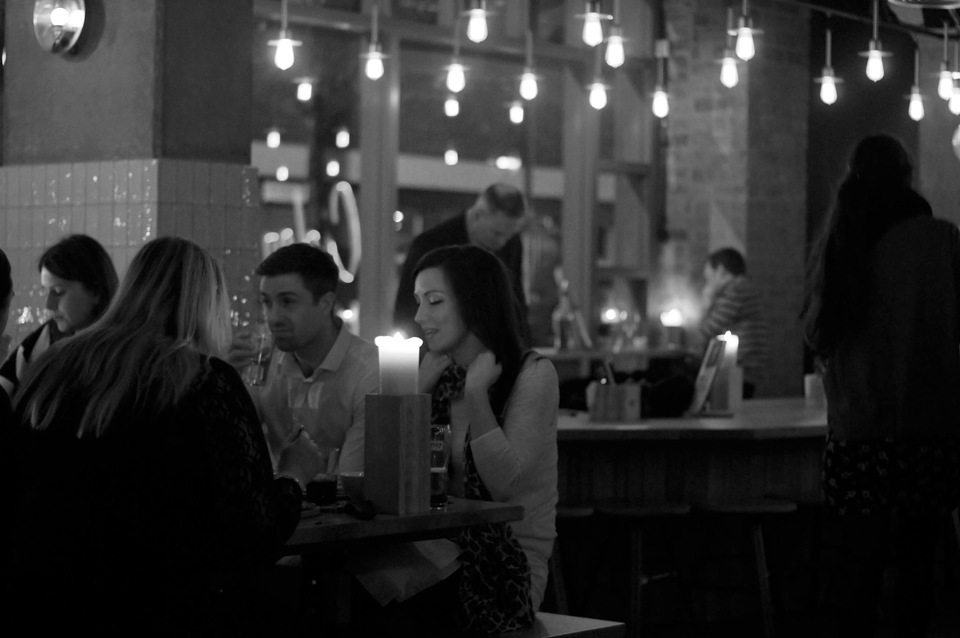 Everyone loves pizza and cider, well most people, at least, everyone who visits the Stable on John Bright Street.

This West Country brand has taken the UK by storm with their enormous selection of pizzas and ciders on tap.

However, whilst food is the main focus, Jon, the manager of the Brum branch, ensures that music plays a big part in weekend offerings, from live bands to selected DJs and one-ff all dayers too. The Actress & Bishop first opened in 2003 and has since become one of the city’s most established live music venues.

Situated in the heart of St Paul’s Square in The Jewellery Quarter, The Actress & Bishop remains a solid favourite for those seeking live music, with DJs and live musicians performing regularly.

There is live music virtually every night, whether it be an open mic night or a full blown band upstairs, it is always an interesting and eclectic vibe.

The music you can expect to hear is varied, from indie, classics, rock n roll, alternative, soul & hip hop – it’s all covered here. DJs are on rotation and play most nights starting from around 9:30pm and Sundays after the bands finish usually around 11pm – downstairs events are usually free with the party going on till late most nights. Louise Woodley is literally the Actress & Bishop, make sure you buy her a drink on entry! The Old Crown in Digbeth tends to have more regular DJ events during summer months with its large beer garden. However, Christmas time this olde worlde pub hosts a whole load of festive events for you to enjoy over December with DJ’s from Moho, Digbeth Dining Club and The Church all stepping up to the decks.

Kicking off this month will be Gindependent Birmingham presents Gin Battle. Four gin brands go head to head and YOU decide the winner! Next up for Birmingham’s oldest pub is Digbeth Apres Ski. 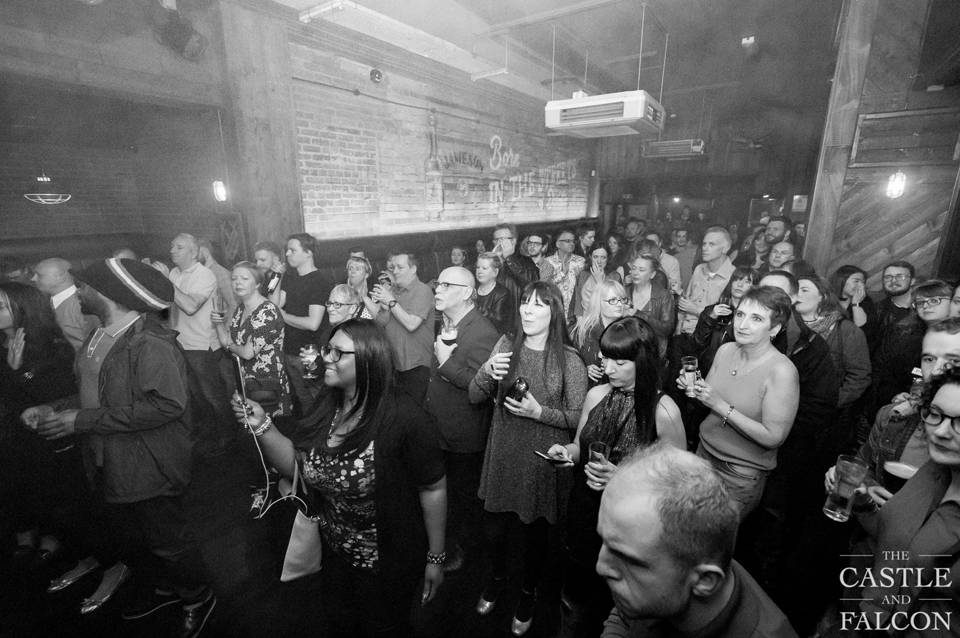 Formerly the Ceol Castle, The Castle & Falcon on the Moseley Road is an old Victorian boozer which has recently undergone a top notch revamp with a fab music room and outdoor area.

One of the areas oldest surviving pubs, it sits between Moseley and Digbeth and is a very short taxi ride from town.

There are DJs every Friday and Saturday night playing everything from indie to rock, electronica to funk. Entrance costs £5 for normal nights and starts from 11.00pm onwards. Whilst this article specifically covers DJ bars, it’s worth mentioning the following clubs and music venues as bastions of quality, often cutting edge music. The Broad Street and Arcadian bars cater for the commercial crowd, but there’s a cool underbelly to this city of you know where to look.

The Night Owl is a purpose made Northern Soul club which hosts the following nights; Paid in Full – a night of classic Hip Hop with a touch of soul & funk with resident DJ’s Wayne Langston and Jake Wilks. The night is also a regular hang out for break and street dancers. 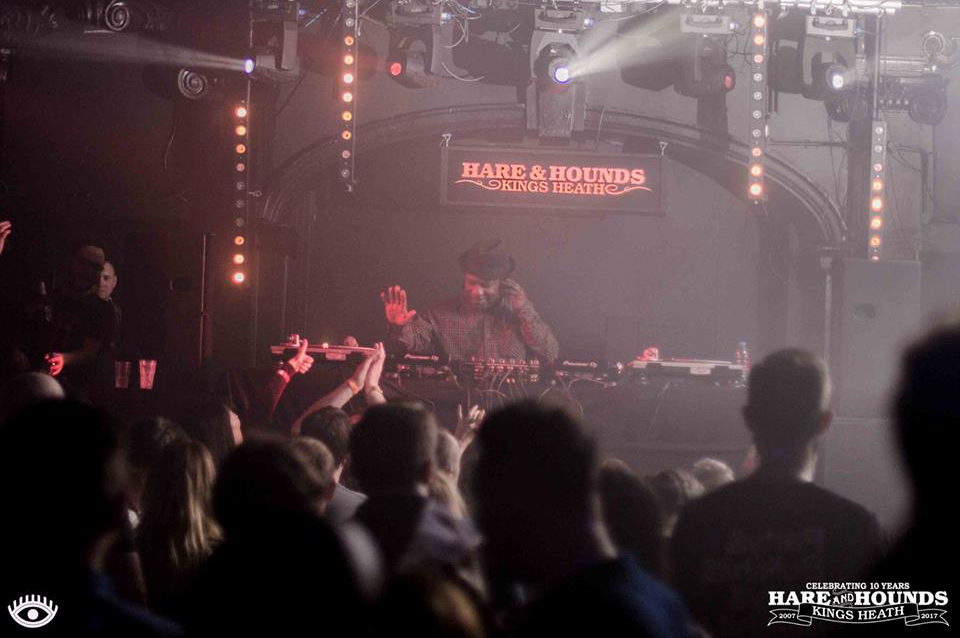 Also at the Night Owl, Le Freak is a monthly disco, soul, funk and boogie night with resident DJ’s Tom Mason, Lee Fisher and Richard Buckley. The night includes ‘Soul Train’ style dance offs which have now evolved into a dance tournament. Starts from 9pm and dancers register on entry to take part in the dance-offs.

Floorshakers! is a monthly Northern Soul night featuring vinyl-only DJ’s playing Northern Soul classics and rarities. The event is held on the 2nd Friday of every month from 9pm. Most events at the Night Owl are pay on entry but still very affordable with a fab bar!

Another venues which host some seriously ground breaking nights is the Hare & Hounds, Kings Heath. The Hare & Hounds has Adam Regan at the helm, with a great musical heritage, the pub has strong ties with UB40.

The venue has two downstairs bars, and two large rooms upstairs for pay on entry events. Various futuristic electronica, house, reggae, funk and indie nights such as MoodFix, Leftfoot, Coloré, legendary club night Wobble (which tours various venues), Retro Forward and House of Jealous Lovers take place here and bring in artists who are touring the world. The Hare & Hounds is a local institution and is worth making the journey out to the southern suburbs for. 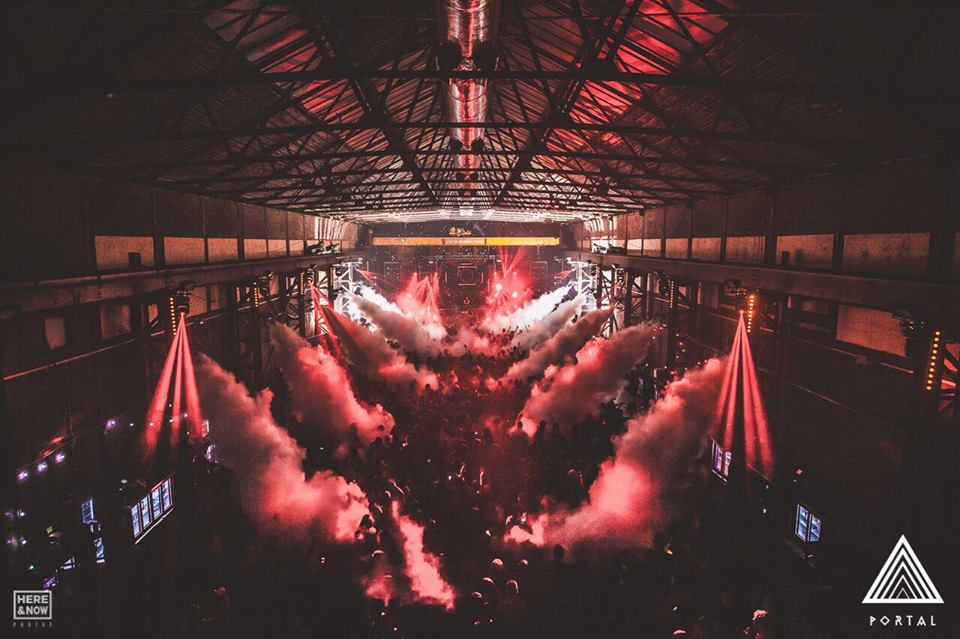 Rainbow Venues really does sprawl across various industrial warehouse venues and brings the most cutting edge electronica to the back streets of Digbeth.

Nights such as Shadow City, Colours and Portal draw in crowds from all over the UK.

The venues range from small bars such as Spotlight and Next Door, to the larger warehouses, and even a huge arena – not to mention the rooftop terrace. Lee McDonald has helped place Brum firmly on the map when it comes to warehouse club nights.

Lab 11 is another rave warehouse in Digbeth, and the vibes is without doubt futuristic electronica. Regular nights TRMNL, Glas and Magic Door transform this space into incredible back drops for all night parties.

Magic Door is now stretching its legs and has taken over venues in London and festivals with its colourful party crowd known for their creative fashion sense and electro soundsystems. 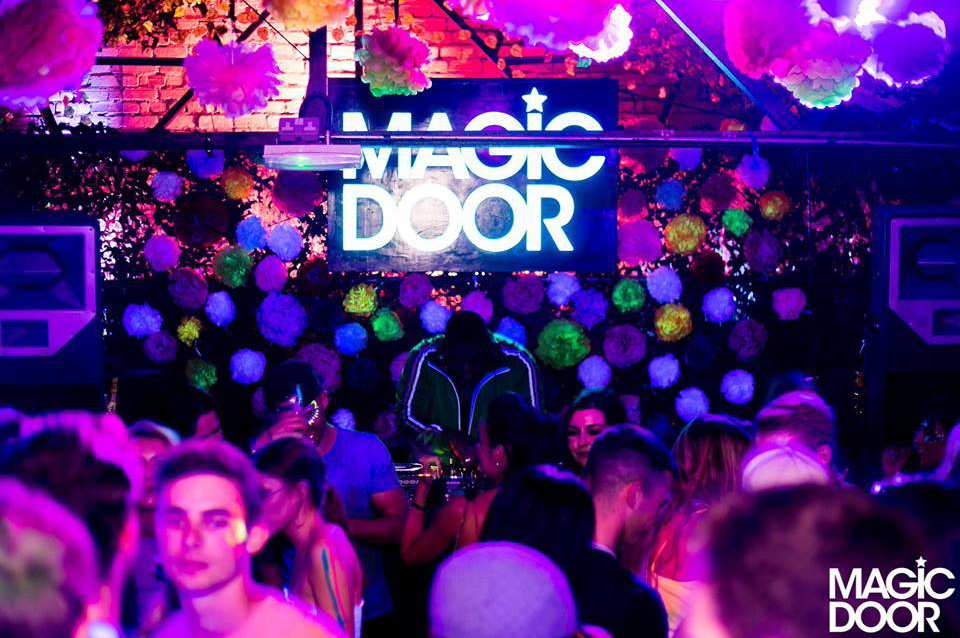 Other Digbeth venues include Amusement 13 warehouse, SUKI10C which is a hotbed of leftfield alternative and psychedelic sounds, while CLUB PST flies the reggae and dub flag with some heavy soundsystem action on weekends.

Moseley misses the Bull’s Head but still has some busy and eclectic DJ nights at venues such as The Dark Horse, The Prince of Wales, Pat Cavanagh, One Trick Pony and The Fighting Cocks.

Watch out for other select and alternative DJ events at The Plough Harborne (run by Adam of Circo Bar fame), The Church Hockley, Snobs, Boxed Digbeth, Subside, The Sunflower Lounge, The Flapper, Dares Bar, The Bull’s Head (Davenports) and The Spotted Dog Digbeth.

DJ nights in Britain’s second city are on the rise – get out there and support these venues listed. Many host live bands too, so you may end up getting more than you bargained for.