Home » Around The Web » The Best Fish And Chips In Birmingham

The Best Fish And Chips In Birmingham 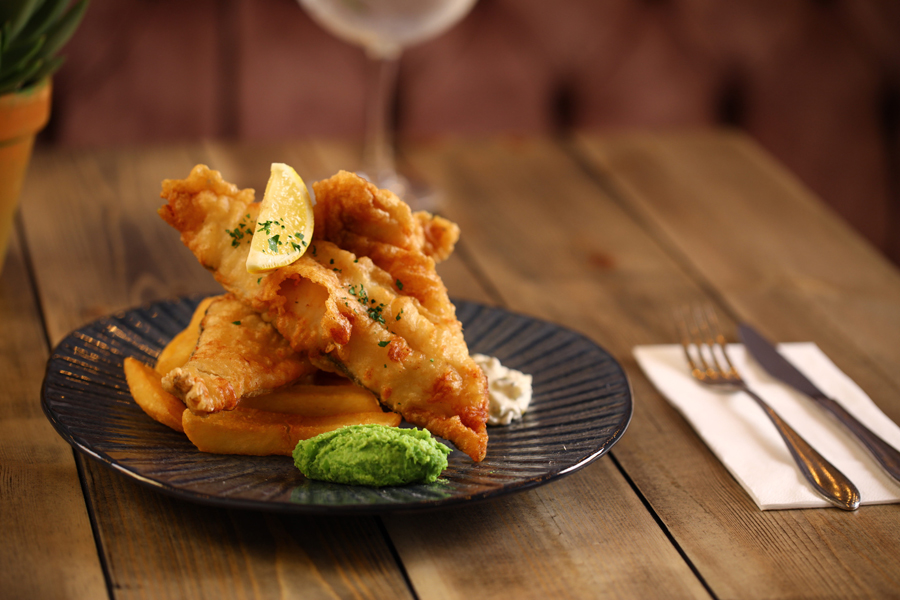 Fish and chips almost certainly came to the UK via the Jewish immigrant population in London’s East End during the late Victorian period. Since then, the dish has evolved into a true British classic and is rightly considered to be one of the national dishes of the UK. Birmingham has a host of very fine chop shops. Here is a quick guide to some of the very best in the city.

Ju Jus is not a traditional fish and chip shop but still consistently receives public praise for serving the best traditional cod and chips in the city. This small café is well known for serving good lunches that include a much loved battered halloumi dish. By far, the most popular thing on the menu, however, is their fish and chips. Although this will set you back 15 pounds, you won’t regret forking out the extra cash for this succulent meal.

Dad’s Lane Fish Bar is one of the few chip shops on this list that is noted for improving in recent years. The owners have recently renovated a small sit-in restaurant on site, which has impressed chip shop aficionados that want to relax with their meal instead of taking it out into the street. The food here is classic chip shop fare, and customers can get the usual accouterments like mushy peas, batter ends, and fishcakes, as well as the staple cod and chips that draw in most trade.

Peter Cristosorou’s Cod Pot take away has been a Birmingham favorite for many years. While the fish is not anything to write home about, the chips are a revelation. Greasy, thick chips are a must-have with battered cod, and the Cod Pot does not disappoint in that department. This take away also offers a gluten-free version of their classic cod and chips dish, which will come as a great relief to folks usually deprived of their favorite meal through medical circumstances.

Pisces fish bar is an unassuming and unpretentious chip shop in a rather grey shopping precinct of the city. Don’t let that put you off. Pisces is everything that a cheap and cheerful fish bar should be and is the perfect lazy after-work treat. Reviewers have noted that the food is less greasy than that of many competitors, which will come as a relief to people that are sick of witnessing their fish and chip boxes turn gradually more transparent as they carry their prized catch home.

Bedders has served countless people since it first opened in 1946. It is currently owned by a father and son from the Carelli family and has remained a Brummie favorite. Bedders regularly garners good reviews from customers, who often share their memories of being taken to the venerable chip shop when they were youngsters. There has, however, been some recent controversy. Naysayers have pointed out that their once perfect chippy has been somewhat tainted as of late, although they often fail to really explain why this might be.