The best theatre to enjoy in Birmingham in 2022 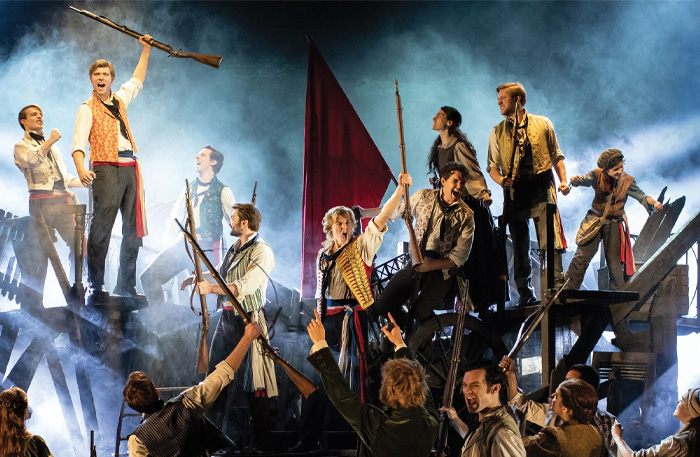 2022 is set to be Birmingham’s year, with the Commonwealth Games heralding a huge summer of sport and our usual run of festivals and outdoor events offering almost too much choice to handle. If you like to mix your trips to Snobs and sunbathing at Cannon Hill Park with a West End singalong, there’s absolutely no shortage of amazing plays and musicals visiting Birmingham either.

Forget the long slog down to London and taking out a second mortgage for a pint – catch some of the best theatrical gems of 2022 right on your doorstep.

Showbiz bods love throwing around the word “unmissable”, but it’s not just a marketing trick with Les Misérables. The world’s longest-running musical is a real spectacle, packed with beautiful songs including “I Dreamed A Dream” and “One Day More” and an epic story that’s already been seen by over 120 million people worldwide. The UK tour is back at the Hippodrome due to huge demand, and is already half sold-out. Run, don’t walk to the barricades (or the Hippodrome website) for tickets to this one.

The Rep is putting its smaller spaces to good use in 2022, with the UK and European premiere of Claudia Rankine’s The White Card hitting The Studio in June. Written before the murder of George Floyd but after similar incidents of police brutality, Rankine’s play is set during a dinner party between a wealthy white couple and a talented Black artist and asks if society can truly progress whilst whiteness remains invisible.

First things first: if you want to enjoy a proper Christmas show in Birmingham this year, Dick Whittington is at the Hippodrome, Nativity! at the Rep, and The Snow Queen at Blue Orange Theatre in the Jewellery Quarter.

However, if tinsel and fairy godmothers aren’t your thing, the Alex is continuing its tradition of hosting a big-budget West End musical over the festive period with Dreamgirls. The story of three talented young singers in turbulent 1960s America features some seriously spine-tingling songs, including “And I Am Telling You I’m Not Going” and  “One Night Only”.

The Hippodrome is chock-a-block with West End musicals this year (anyone dreaming of their “Meryl Streep on an island” moment – check out Mamma Mia! in May), but that doesn’t mean they’re slacking on in-house work. Produced in collaboration with Leicester Curve, this new staging of Broadway musical The Color Purple is based on Alice Walker’s coming-of-age novel, and was heavily acclaimed when it first opened in 2020.

Agatha Christie’s whodunit is the longest running show in the West End, and is celebrating 70 years in style with a UK tour. It’s also inspired a slew of other shows including The Play That Goes Wrong and audiences are urged to keep the ending a secret. Why not test your deduction skills and see if you can clock the killer? If you’re a thriller fan, Stephen Daldry’s acclaimed production of An Inspector Calls and a new UK tour of The Da Vinci Code are just two other plays stopping off at the Alexandra Theatre this year.

Baroness Floella Benjamin’s memoir and children’s book is adapted into a charming musical for the whole family, with its world premiere at Birmingham Rep. This exciting new show tells the story of 10 year old Floella as she arrives in England from Trinidad in the 1960s – from her excitement, to everyday racism and eventually her journey to success. Combining music, humour and top-class storytelling, this is a fantastic show to both entertain and educate younger people about recent British history.

Birmingham’s greatest export since Cadbury’s chocolate and UB40 might be coming to an end on our TV screens, but fear not Peaky Blinders fans: internationally acclaimed French dance company Rambert have teamed up with creator Stephen Knight for the world premiere of a truly unique dance-theatre event. Based on the early years of the TV show and starting in the trenches of World War One, The Redemption of Thomas Shelby combines athletic dance and a live on-stage band.

MAC continues to host high-quality fringe productions, and it doesn’t get much better than this zany take on Day of the Triffids. Combining sound, visual imagery and music, theatre company Platform 4’s instruments include the rather standard double bass and the slightly bizarre cactus. Billed as a gig theatre adventure, this is a brilliantly left-field alternative to the Hippodrome and Rep’s West End spectaculars. Keep an eye on the Old Joint Stock‘s listings for similar quirky fringe shows throughout the year!

Anyone who has fond memories of watching the iconic pie fight on TV will be thrilled to hear that Bugsy Malone is hitting the stage this year. This jazzy new production is, amazingly, the first time Alan Parker’s musical professionally tours the UK. The show will feature a young company of 39 actors, performing the songs we all know and love, and is in Birmingham for just two weeks this summer.