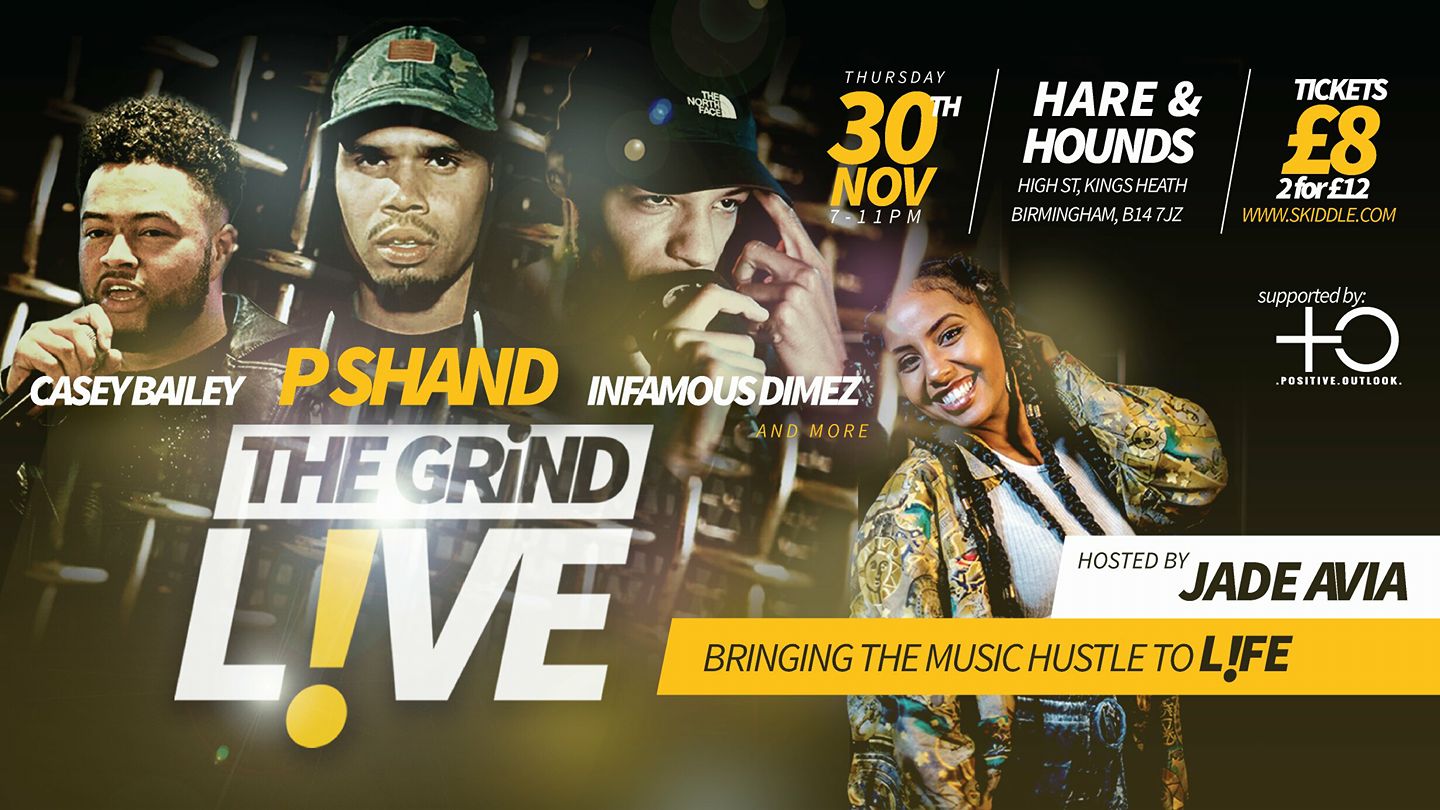 When Winter nights seem cold and uninviting, warmth and refuge can be found at the very top floor of the Hare and Hounds pub situated in King’s Heath. Here took place ‘The Grind live’, an event aimed to showcase up and coming talent from Birmingham; as their own slogan reads, its focus is on ‘bringing the music hustle to life’. And this is exactly what it does.

Accompanied by a live band, artists and producers such as ‘P Shand’, ‘Infamous Dimez’, ‘Casey Bailey’, ‘Casp’ and ‘Angnezia’, take the opportunity to perform their work, providing a high energy and unique experience, with an equally lively reception.

‘Dougie Fresh’ kept the crowd engaged and enthusiastic through their set full of hip hop classics ranging from tracks from ‘The Notorious B.I.G’ to ‘A Tribe Called Quest’.

These top lyricists are not the only stars to look out for; DJs ‘V.I.P’ and ‘Dougie Fresh’ kept the crowd engaged and enthusiastic through their set full of hip hop classics ranging from tracks from ‘The Notorious B.I.G’ to ‘A Tribe Called Quest’. The live band further brought to life the music of each performer in an extraordinary way. The night was able to fuse genres of spoken word, hip hop, R&B and grime; the ultimate underground experience.

The headlining act and creator of ‘The Grind, ‘P Shand’, spoke of how the entire event was just an idea back in April and now, late into the year, has become a reality; evidently a surreal moment for the artist, who has been making music since he was thirteen. He performed tracks such as ‘Blessed’ (produced by Infamous Dimez), ‘Blinded by the Lights’ (a remix of the classic from ‘The Streets’), ‘Bigger Picture’ and ‘Home Coming’ (which will be available next year).

P Shand was joined on stage by ‘Casey Bailey’ as well as a team of singers. Each track had its own influence of soul and R&B, adding new and refreshing elements to the genre of grime. ‘

P Shand’s music additionally tells a story. For example, ‘Home coming’ is about someone who has come from a bad home and the situations and obstacles they have faced as a result.

The night was ended with a truly authentic experience: a live cypher. At this point, artists not included in the main show, had the opportunity to sign up and exhibit their own art, allowing the event to truly be supportive of all artists, not just those known on the scene.

‘The Grind Live’ allows you to immerse yourself in the current music scene and thus the come up of these artists is truly something to look out for.