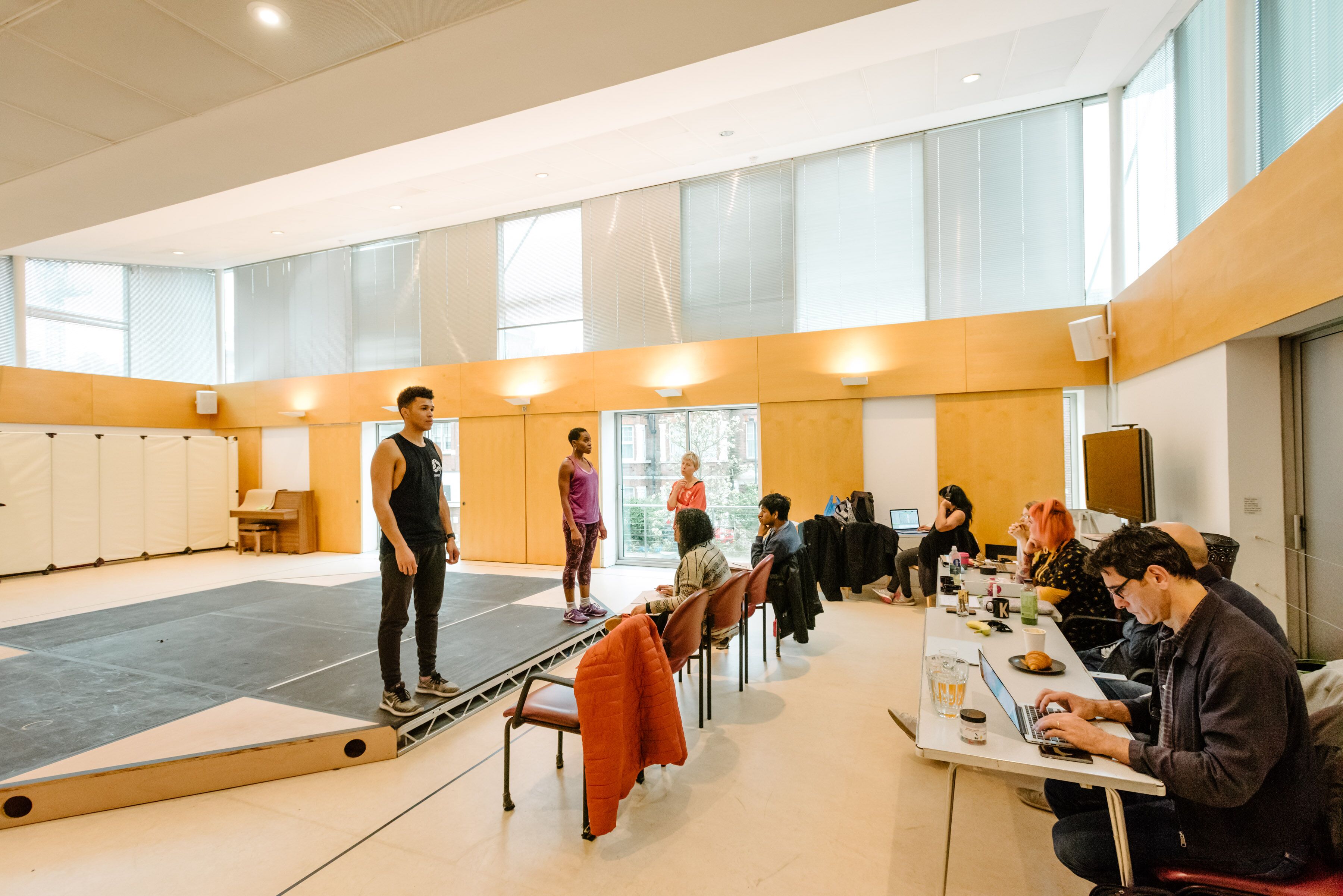 The Half God of Rainfall is a contemporary epic that weaves poetry and storytelling in a majestic journey that transports us from a tiny village in South West Nigeria to Mount Olympus, to the further reaches of our galaxy and beyond.

When Demi, the half Nigerian-mortal, half Greek-God, is angry, rain clouds gather. When he cries, rivers burst their banks.

The first time Demi takes a shot on the local basketball court, the deities of the land awaken. As he unknowingly sparks Zeus’ wrath, his mother Modupe takes matters into her mortal hands and the consequences change their lives forever.

“I wrote The Half God of Rainfall because I felt like there were questions and conversations waiting to happen. Questions about how power is demarcated in society, about sports figures who we make heroes and in doing so we absolve them of all responsibility to their communities, to themselves, to their power and the spaces they occupy within society.

Audiences should expect a big story – a hugely powerful, joyful at times, desperately naked, human story about love, about power, about the relationship between a mother and child.”

“The Half God of Rainfall will feel elemental, atmospheric. Throughout the play we travel from rural Nigeria to the skies of Nigeria, to Mount Olympus and to space. It will feel epic.”

The cast for The Half God of Rainfall will include Rakie Ayola (Harry Potter and the Cursed Child/West End; King Lear & Hamlet/Birmingham Repertory Theatre) will play Modupe, mother to her half-god son Demi who will be played by Kwami Odoom (Barber Shop Chronicles/National Theatre; A Christmas Carol/RSC).

Born in Nigeria, Inua Ellams is a poet, playwright & performer, graphic artist & designer. His play Barber Shop Chronicleshas had two sold-out seasons at the National theatre, and recently toured Australia, New Zealand, the USA and Canada. In 2019 it will commence a UK tour and a season at The Roundhouse in London. Other previous plays include The 14th Tale (Fringe First award) and An Evening With An Immigrant.

Nancy Medina is originally from Brooklyn NY, and currently based in Bristol.  She is the 2018 RTST Sir Peter Hall Directors Award winner and will be collaborating with Royal & Derngate and English Touring Theatre on a production of Two Trains Running in 2019.  In 2017 she won the Genesis Future Director Award at the Young Vic.

The Half God of Rainfall will be designed by Max Johns, with movement direction by Imogen Knight, sound design by Tanuja Amarasuriya, lighting design by Jackie Shemesh and casting by Briony Barnett.

The production is a collaboration between Birmingham Repertory Theatre, Fuel and Kiln Theatre.