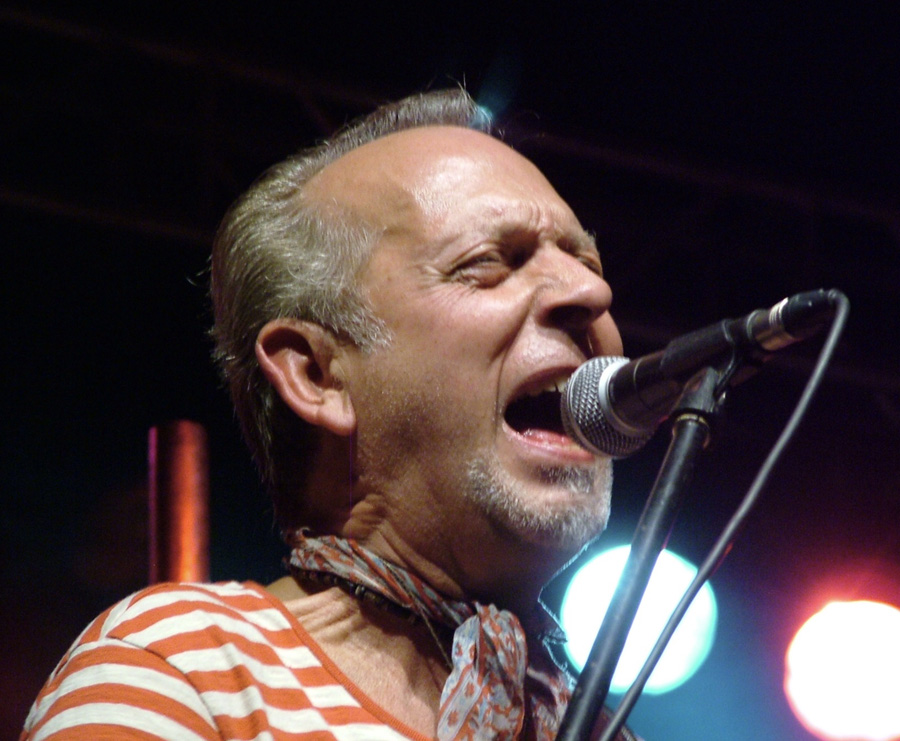 A true Birmingham rock legend is set to receive a coveted Lifetime Achievement Award at the Birmingham Music Awards on Thursday 16th May. Trevor Burton, co-founder of iconic Birmingham sixties band The Move will collect his award at The Mill on Lower Trinity Street in Digbeth in a room full to the brim with Birmingham’s music community.

The Move, the first Birmingham supergroup of the 1960s, were formed when a young David Bowie asked Trevor to rally Brum’s finest musicians and head to London to play. Trevor had taught himself to play guitar as a boy, fast becoming one of the most accomplished musicians in the city, joining Danny King and the Mayfair Set aged just fifteen, then moving to London with Roy Wood, Bev Bevan, Carl Wayne and Ace Kefford. The Move went on to achieve nine Top Ten hits including ‘Flowers in the Rain,’ the first single ever played on Radio One. When Trevor left in 1969 he formed another supergroup, ‘Balls,’ then toured with the Raymond Froggatt Band, international stars on the country and western scene and The Steve Gibbons Band, before touring the US supporting The Who.

Upon learning about the Award, Trevor Burton said:

“I have had a fantastic career and a lifetime of rock and roll; I’ve enjoyed every single minute. To receive a Lifetime Achievement Award in my hometown is a real honour.”

Bev Bevan, drummer with The Move and ELO, said:

“Trevor is an incredible blues guitar player. After The Move he pursued his love of blues and played alongside Jimi Hendrix and many other great stars. We are all delighted he has been given the highest of accolades from Birmingham Music Awards. No-one is more deserving.”

“What a legacy Trevor has forged. He has honoured the city by creating it’s first major supergroup in the 60s, his career has been the stuff of dreams and he just keeps on giving. He’s still a major influence on the rock and roll scene and an inspiration for musicians today. I have no doubt he will continue to be long into the future too.”

The Birmingham Music Awards is an annual search for Birmingham’s brightest and best musicians/music industry professionals. Entrants from across the region have been busy submitting their work in several different categories including Best Song, Best Album, Best Band, Best Live Venue, Rising Star, Best Radio Station and Best Promoter. Judging is carried out by a panel of music industry professionals, all with an impressive track record in the business. Shortlisted entries can be found at https://www.facebook.com/thebirminghammusicawards/

The organisers of the BMAs aim to bring together the best of the city’s contributors to music, to recognise achievements, support each other, create opportunities and collaborate for more Birmingham music success.

Health-permitting, UB40’s Brian Travers will be there to present Trevor’s Lifetime Achievement Award at The Mill on the 16th May.

For Tickets head to www.birminghammusicawards.com

The Birmingham Music Awards and Duran Duran’s John Taylor are proud to support the amazing work that Changes UK are doing to help those less fortunate in our city to find recovery and fulfilling lives free from addiction. Please see their website: https://changesuk.org