Home » What's on » The Nightingales have an exciting year ahead

The Nightingales have an exciting year ahead 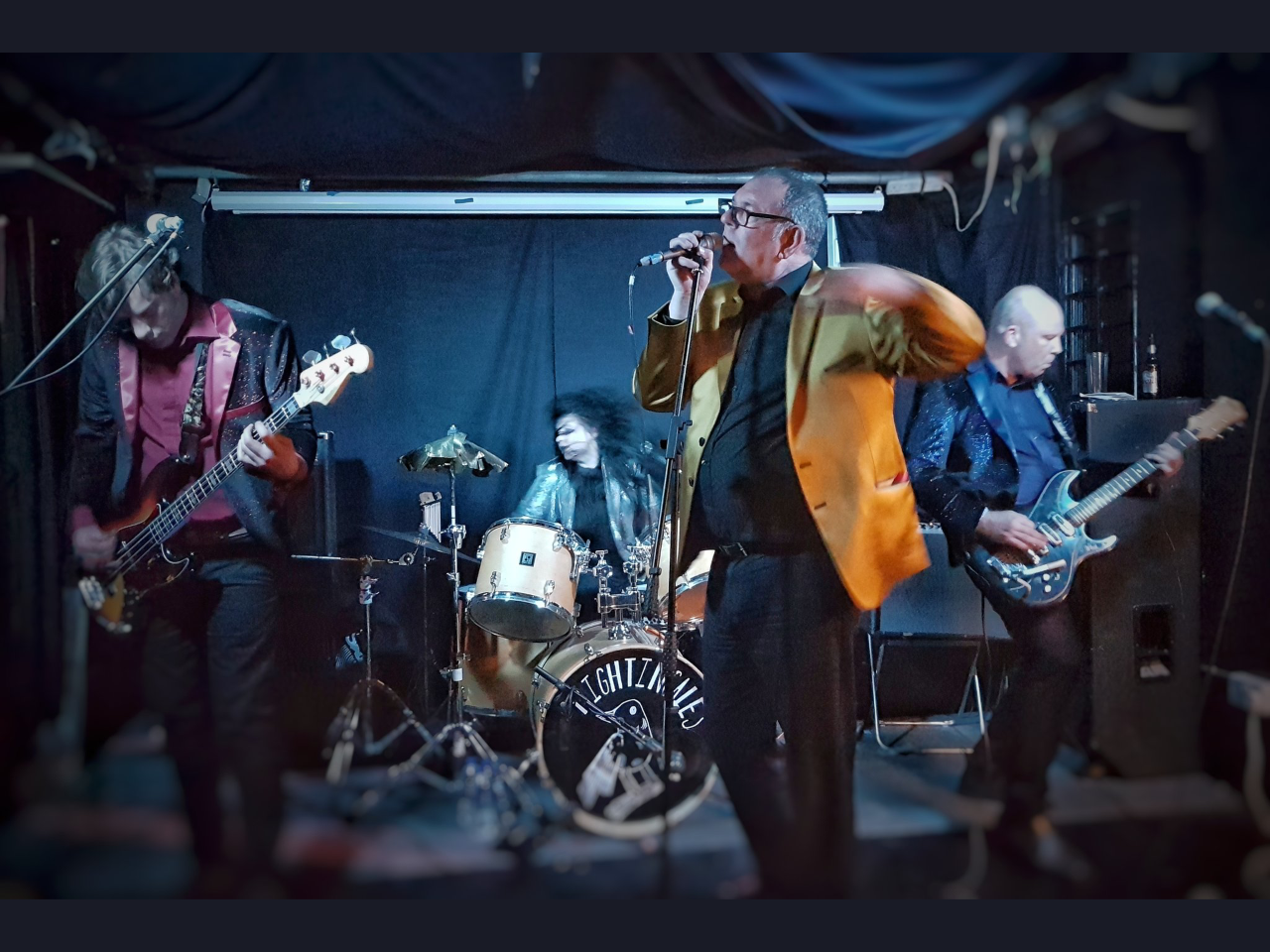 Seminal Birmingham cult post-punk band ‘The Nightingales’ have an exciting year ahead – there is a new album coming out and a film later in the year by UK comedian Stewart Lee about the band… all coinciding with a big UK tour happening in April.

The band will be playing Birmingham, Hare & Hounds April 28th.

Birmingham’s original punk group The Prefects had been part of The Clash’s ‘White Riot Tour’, recorded a couple of Peel sessions, released a 45 on Rough Trade and, years after splitting up, had a retrospective CD released by NY label Acute Records to all round glowing reviews – from Rolling Stone to webzines.

The Nightingales was formed by a few members of The Prefects following that band’s demise in 1979.

Described in John Robb’s definitive book on post punk (“Death To Trad Rock”) as “The misfits’ misfits” and comprising an ever fluctuating line up, based around lyricist/singer Robert Lloyd, the Nightingales enjoyed cult status in the early ’80’s as darlings of the credible music scene and were championed by John Peel, who said of them – “Their performances will serve to confirm their excellence when we are far enough distanced from the 1980’s to look at the period rationally and other, infinitely better known, bands stand revealed as charlatans”.

The group recorded a bunch of critically acclaimed singles – pretty much always ‘Single Of The Week’ in the music press – and three albums, plus many radio sessions for their great supporter Peel. They also regularly toured the UK and Northern Europe, as headliners and supporting acts as diverse as Bo Diddley and Nico.

In the late Eighties the Nightingales stopped working but, following the occasional gig between times, they re-grouped in 2004.

After fucking about with various part timers, starry eyed wastrels, precious sorts and mercenaries the group arrived at it’s current line up, which features Lloyd, Andreas Schmid from Faust on bass, ex Violet Violet drummer Fliss Kitson and on guitar James Smith, who Lloyd had spotted playing with Damo Suzuki.

Since restarting the group have been more productive than ever – releasing six 7″ vinyl singles, two 10″ EPs and eight studio albums, touring England, mainland Europe and USA numerous times, playing various festivals and recording many radio sessions along the way.

Until recently the Nightingales made one record for a label and then moved on. They continue to operate with no manager, booking agent, publisher, et al. They work equally well with pop musicians, rock n rollers and the avant garde. Independent, maverick, diligent, daft, blah blah.

The band’s (relatively) recent releases for Tiny Global Productions, were a 7” 45 collaboration – “Commercial Suicide Man”- with the great Vic Godard and another critically acclaimed album “Perish The Thought” in 2018.

To support “Perish The Thought” the group toured Europe extensively, from Scotland to Serbia.

In 2020 they release their new album “Four Against Fate” and will be touring the UK and various other parts of Europe. There will be assorted reissues and records of previously unreleased material.

And… by hook or by crook, more adventures will follow.