The Osmonds A New Musical review by Mazzy Snape 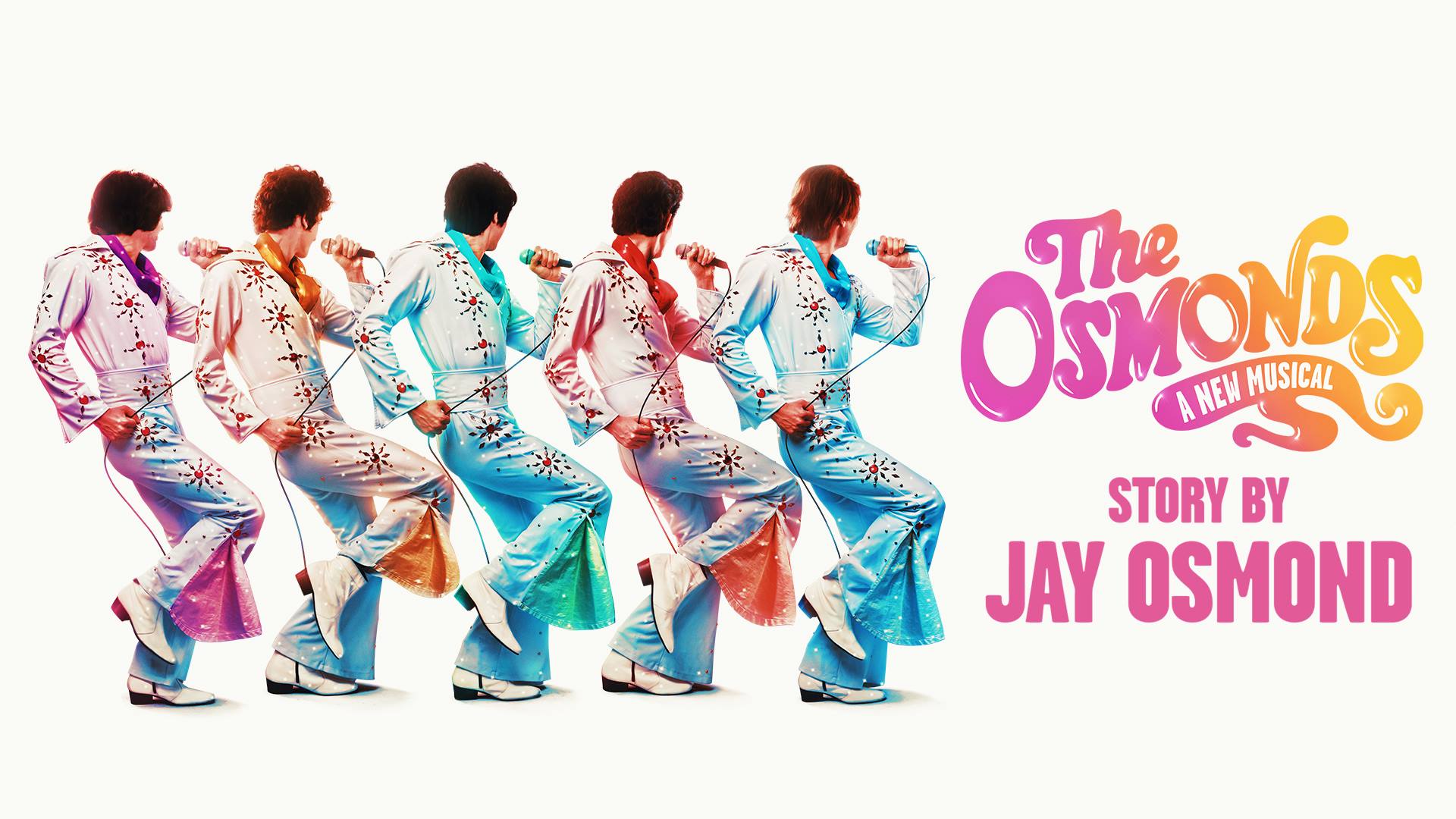 The Osmonds: A New Musical is a story by Jay Osmond, book by Julian Bigg and Shaun Kerrison, and directed by Shaun Kerrison, with choreography and musical staging by Bill Deamer.

As someone who loves a good musical, but isn’t particularly an Osmonds fan (it was a bit before my time), I wasn’t sure what I’d make of The Osmonds musical but I knew they were a very unique band with an interesting background, and it would at the very least be entertaining.

There were two sets of Osmonds – the teen to adult Osmonds and the child stars, both sets of performers played their roles perfectly. The younger bunch were particularly well-received by the audience who applauded each song.

The story itself is about The Osmonds rise and fall, from childhood stars on the Andy Williams show, to world tours, the Donny and Marie show, and how they came away from it all with very little to show. All of this is told from the perspective of Jay Osmond, known as the ‘glue’ of the band and the family, who always tried to keep everyone happy and keep things together.

I’m going to go right out and say if you’re an Osmonds fan, there is no way you will not like this show. It is, of course, full of all their best hits, “One Bad Apple”, “Love Me For A Reason”, “Long-Haired Lover From Liverpool”, “Crazy Horses” and many more. Towards the end the crowd were wild cheering and clapping each song and performance – I’m pretty sure from these reactions that the actors really did The Osmonds proud.

For people who might only like the odd song like myself (and obviously that song is Crazy Horses, I mean come on? If you don’t like that then you probably don’t like much). Well my companion and I both thoroughly enjoyed the show. The costumes were dazzling, the dance-moves were WOW, I mean relentless, how did they do all that whilst singing so well?! We were impressed. There were a lot of smiles and giggles from us both throughout.

One interesting element that we were not expecting was the gruelling way that they were brought up and effectively “military trained” into the business by their father, and pushed around by the industry. Of course, when you think about people that have been in the spotlight from so young, it’s commonly known to come with the territory that their own lives and desires take a back seat, but somehow I’d not really considered it with The Osmonds. This is all handled in a very light way and doesn’t detract from the feelgood vibe of the show, but it stuck with me after.

Rather unfortunately, there was a member of the audience who passed out part way through and the show had to be stopped and restarted, mid-performance, while the attentive staff at The Alex handled the issue and got the lady safely out. My guest and I praised the professionalism of not only the staff, but also the actors who picked up perfectly where they left off. Bizarrely, a similar event happened in the second half with another audience member, again safely taken out and looked after. This time the interruption was mid-song – and yet again picked up perfectly after the break and we were soon back immersed in the world of The Osmonds. Well done to all involved. A testament to how much people were enjoying the show is that despite these unavoidable delays, everyone stayed until the very end.

Overall, I’d recommend this show not just to lovers of The Osmonds, but also to fans of musicals in general. If you want to be thoroughly entertained, laugh, smile, cheer and sing then you can’t really go wrong!