Home » Around The Web » The Real Peaky Blinders of Birmingham

The Real Peaky Blinders of Birmingham 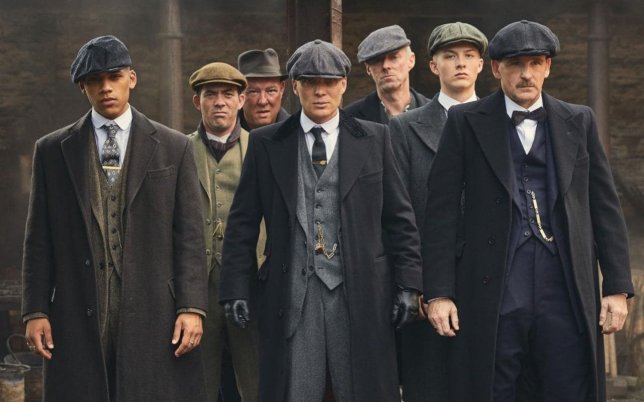 The hit BBC series Peaky Blinders has taken the film and cinema world by storm over the last few years with its new season reportedly still in production. Created by Steven Knight and starring Cillian Murphy, Paul Anderson, and Tom Harper among others, this series aims to highlight the notorious Peaky Blinders gang that operated in Birmingham in the early 1900s.

However, how much of the show is factually accurate? Below is some of the extensive story of the real Peaky Blinders and a little about their story:

In the show, the fictionalized Peaky Blinders are operating in the 1920s and 1930s, but it’s believed that the real gang they are based on rose to power sometime around the 1890s, roughly 30 years prior to the television depiction.

Originally, the gang formed from the harsh economic troubles of working-class Britain, and typically consisted of young men from the lower to middle-classes of society. They were known for minor crimes and targeting anybody and everybody for theft. Perhaps the largest misconception between the show and truth is that there was no Tommy Shelby whatsoever.

Regardless, the rugged Tommy Shelby is an encapsulating character whose mental battles with himself are seen as a reflection of themes in the modern day. Refer to Mind Diagnostics to learn more about mental health, and these themes seen in cinema today.

In the show, the gang’s name is derived from the distinctive hats they wear lined with razor blades, though most historians agree that blades would have been a luxury item for the time. Due to this, it is believed that the name was solely derived from the appearance of the hats gang members wore on their head.

Reportedly, members of the Peaky Blinders took great pride in their personal appearance and were often well dressed with the unmistakable hat. Girlfriends of the gang members were believed to have been lavishly dressed in pearls and to have worn silk handkerchiefs over their throats.

Despite their well-dressed appearance, the Peaky Blinders were a dangerous gang and clashed with other gangs, as well as police, on more than one occasion. At one point, it was reported that a constable named George Snipe was patrolling the city center of Birmingham when he came across a number of gang members who had been drinking.

After arresting one for using lewd language, a fight broke out and a brick was thrown with such force at the constable’s head that skull was fractured in two places. Sadly, this led to the constable’s death the following day, and his killer was sentenced for life.

In general, the real Peaky Blinders were no criminal masterminds as depicted on the show, and often took part in minor offenses such as theft or breaking and entering into shops. Based on historical records, the Peaky Blinders operated strongly in Birmingham until the beginning of the first World War, whereas the show depicts their antics beginning after the war has already concluded.

In real life, another gang named the Birmingham Boys is believed to have taken over during the 20s. This new group was simply described as a loose collection of pickpockets and thieves who seemed to be gaining more power. It’s believed that over time, the term Peaky Blinders became generic, rather than belonging to one specific gang. The inspiration for the Peaky Blinders reportedly comes from an encounter Knight had with real gangsters as a boy. Supposedly, he was sent to deliver a message and found a number of well-dressed men with peaked caps and guns tucked into their pockets. From there, the fictional Peaky Blinders we all know, and reluctantly love, began to be formed.

Regardless of the facts versus television depictions, there’s no denying that Peaky Blinders has taken the world by storm. With this engrossing show still performing strongly, we can only hope to see more of Birmingham depicted on the small screen.