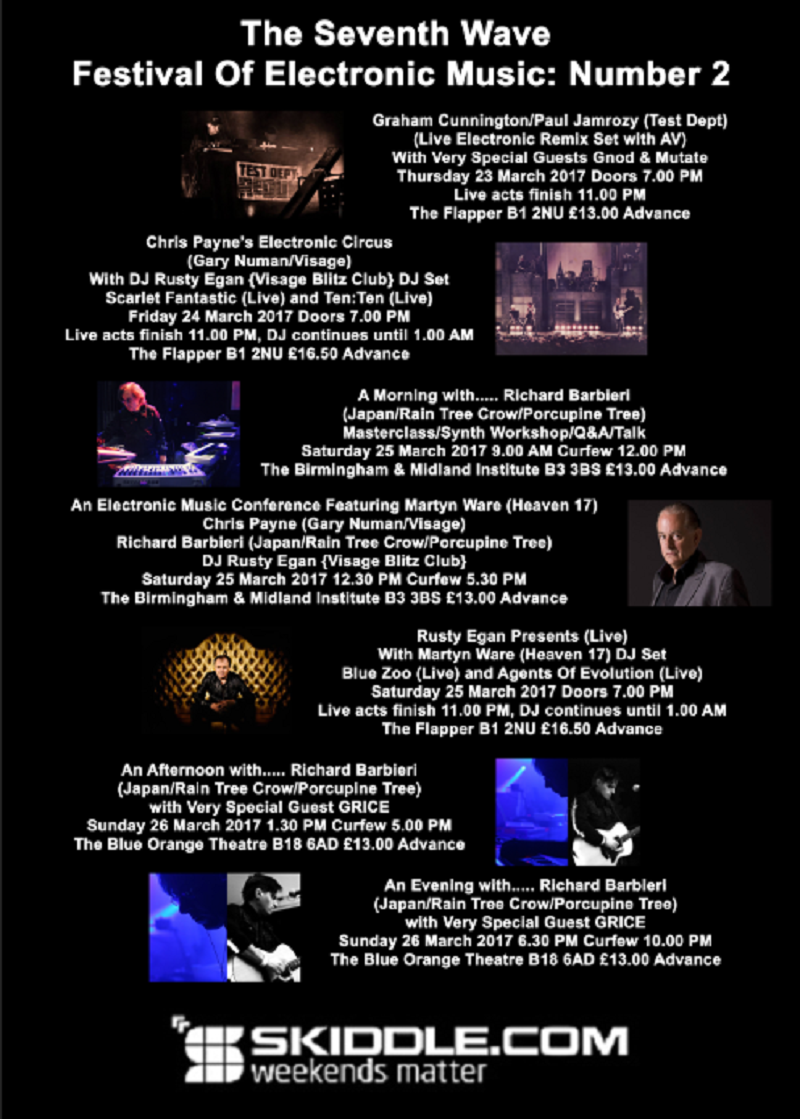 In March of 2017 the second ‘The Seventh Wave Festival of Electronic Music’ takes place across four days and across three venues.

The stellar ‘live’ line-up includes members of one of the most influential early industrial acts Test Dept., revered ‘Kraut-rock’ and electronica collective Gnod, Tubeway Army member Chris Payne (who co-wrote ‘Fade to Grey’ by Visage), DJ Rusty Egan of Visage fame (put simply, with-out Rusty Egan there would be no Steve Strange) and Richard Barbieri (currently of Porcupine Tree but he cut his teeth as the highly respected synth player for new wave pioneers Japan in the 1980’s).

One of the high-lights of the festival will be an electronic music conference with key note speeches from Martyn Ware (Heaven 17), Chris Payne (who formed Dramatis with other members of Gary Numan’s Tubeway Army in the early 1980’s), Richard Barbieri (Japan/Porcupine Tree but also a pivotal member of Rain Tree Crow) & DJ Rusty Egan (whose Blitz Club started the New Romantic movement).

Tickets can be purchased for individual events from both theticketsellers and Skiddle from:
https://www.theticketsellers.co.uk
http://www.skiddle.com/

Reposted from @notebook.international Delighted to