Home » What's on » The Sweetshop Murder, an original 7-part podcast available this autumn

The Sweetshop Murder, an original 7-part podcast available this autumn 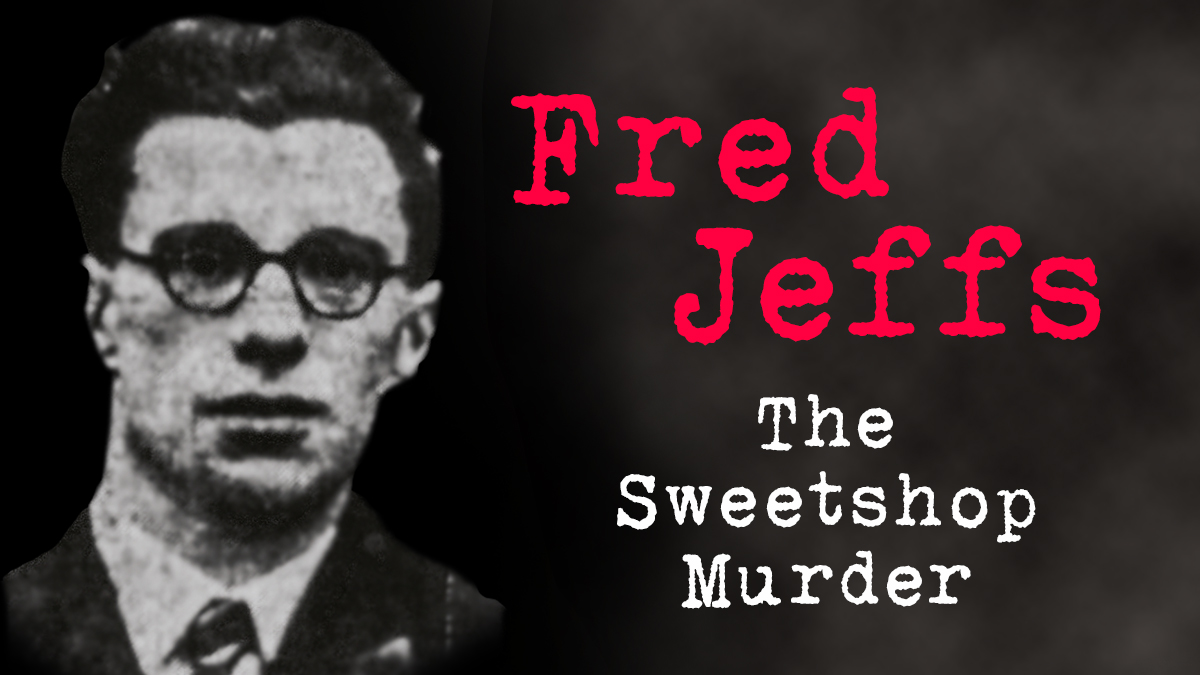 This October Birmingham-based theatre maker Graeme Rose will be releasing a seven-part series of true-crime podcasts that investigate the story of his Great Uncle’s unsolved murder in Quinton.

Fred Jeffs: The Sweetshop Murder is an original true-crime mystery, set in Birmingham and the Black Country that shares the intriguing story of the unsolved case on Good Friday 1957.

When two teenage boys stumble across the body of Fred Jeffs on Good Friday 1957, it sends shockwaves around the neighbourhoods of Quinton and Warley, close to where the dead man ran his Stanley Road sweetshop. Despite an extensive manhunt, the Police investigation soon grows cold, and in the absence of truth, rumours and speculation persist. What really happened to Fred Jeffs?

Using newspaper archives and the recorded memories of local people who remember the case, Graeme Rose attempts to piece together the fateful, jigsaw-puzzle mystery of his great uncle – Fred Jeffs. He discovers what impact the murder had upon the local community and invites listeners to draw their own conclusions.

The motivation for Graeme’s investigation was to connect with his family history, with people he knew and people he’d never met. He describes it: “Like a love letter to another time and place. As my research unfolded, place and community became integral themes: how we connect to one another through memory, experience and recollection; how events are reported, truth misreported and the wavering accuracy of memory. I suppose on some level I am trying to explore who we are [society] and trying to understand what gives life meaning.”

The podcast provides further personal dimensions informed by conversations with people closely connected to the case: customers who were in the shop when Fred was last seen alive, the child who found the murder weapon, friends of his ex-wife, the boys who found the body in the undergrowth, those present during the post mortem, the young girl who became the owner of his black miniature poodle Perro.

Graeme says: “History is about piecing many voices together. In this unsolved case it is an ongoing quest. How does the present connect to the past? And how does the past inform who we are today? This project tries to draw a line between the two.”

Graeme Rose is a theatre maker with a special interest in the relationship between words and sound. Graeme narrates the podcasts and is joined by Fox & Rocha (Sam Frankie Fox and Ricardo Santos Rocha) on music composition and sound design, with direction from Steve Johnstone. This is a genre-bending hybrid podcast using dramatic retelling of true crime set to an original score with haunting vocals, percussion and harp by an accomplished team of artists.

Bobby Tiwana, Black Country Touring producer says: “This project first had a life as a one-person theatre show conceived, researched, produced and performed by Graeme Rose. We supported Graeme with a tour into community venues in 2019 and had further bookings in 2020. Due to Covid-19 we’ve had to cancel live shows and fairly honour our commitments to artists. Graeme and the team had already produced 4 podcasts during 2019 using surplus research material from the live show. We’ve now commissioned him to produce another 3 episodes enabling the further exploration into his personal inquiry and episodes 1-4 have been remixed and re-mastered. This project allows us to dip our toe into the burgeoning world of podcasts whilst engaging with new audiences remotely, safely, locally and further afield.”

Graeme Rose is an actor and theatre-maker with over 30 years of experience in creating, producing and performing to audiences around the world specialising in new writing, adaptation, and creating theatre for unusual spaces. Rose has performed his work at Birmingham Repertory Theatre, Coventry Belgrade, Royal Shakespeare Company, Adelaide Festival, The Public Theater NYC, and has collaborated on over 150 different projects with many companies. Most recently The String Quartet’s Guide to Sex and Anxiety (Birmingham REP /Calixto Bieito /Festival d’Automne); SEEDS, a Podcast for No Stone Theatre; and The Time Machine (Creation Theatre, performed live on Zoom). https://graemerose.com/

“Fox’s humour and passion, and Rocha’s virtuosity, are unmistakable” The Guardian. Fox & Rocha have a broad portfolio of live performance and recorded work, with projects having been presented at / with Cheltenham Jazz Festival, The British Council Showcase, The Royal Shakespeare Company. Fox’s music has been played on Jarvis Cocker’s Sunday Service on BBC Radio 6 Music. Rocha’s collaboration on the soundtrack of Água Mole (Drop by Drop), a short animation film was presented at Cannes Film Festival 2017.

Steve Johnstone’s work as a theatre director has been about creating work which grows from communities and yet expresses something of the experience of us all. “We tell each other our stories to learn more about ourselves.” His work includes site-specific theatre, large scale outdoor work, live webcasting and work developed in several European and Asian countries.

Black Country Touring is an arts charity which tells the stories of the people and the region through original live and recorded performance; and enables local promoters to programme live theatre, dance, spoken word and cinema for their communities. It is part of Arts Council England’s National Portfolio. https://bctouring.co.uk/