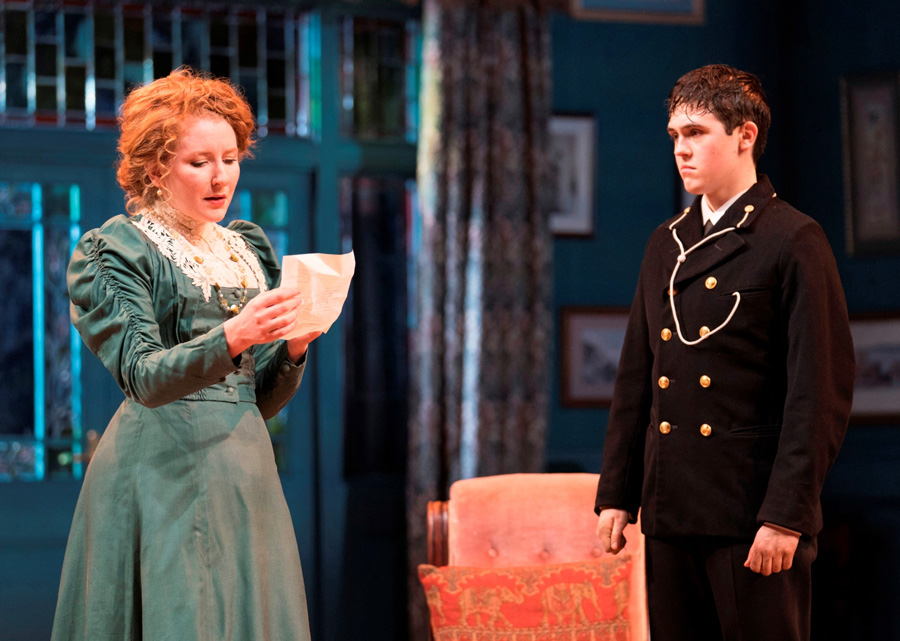 Based on the real life events of George-Archer Shee, Terrance Rattigan’s ‘The Winslow Boy’ (performed at The Rep) offers a captivating family drama based on a fight for justice and in the words of Catherine Winslow- “For what is right”.

The play begins with Ronnie Winslow, the youngest of the Winslows, anxiously arriving home after being expelled from the Osborne Naval College. His crime- stealing a five shilling postal order, which he protests he did not take.

As the family proceed to fight to clear Ronnie’s name, the heartwarming bond between father and son is brought to light. Arthur Winslow, played by Aden Gillett, stands by his son in the wake of national scandal. The sacrifices he is prepared to make showcase the strength of his love for his son; a truly warming performance.

His relationship in particular with Catherine Winslow heightens the comical aspect of the play whilst still touching on important issues surrounding women’s position in the early 1900s..

Whilst much of the public regard Ronnie’s case to be trivial, the Winslow’s do succeed in engaging the renowned barrister Sir Robert Morton. Played by Timothy Watson, Sir Robert’s awkward manner seems peculiar at times yet proves comical. As seen through his initial interview with Ronnie; in which he appears brutal and unrelenting.

His relationship in particular with Catherine Winslow heightens the comical aspect of the play whilst still touching on important issues surrounding women’s position in the early 1900s, the suffragette movement and the opposition that women did face. Dorothea Myer-Bennett plays a character who is not willing to give up hope even in the face of adversity, and does so wonderfully.

She is the most cautious of the Winslows, questioning Sir Robert’s sincerity to the family’s case, but also the most devoted, persisting that her father should continue to fight on even if it would mean that the personal sacrifice she would make would never be undone, thus making way for a moving performance that most definitely stood out.

Though spanning over a few years and being firmly set in the Winslow family drawing room, the play does move on quickly, ensuring that you remain engaged throughout. This is further heightened by the fact that the characters are just as much in the dark surrounding Ronnie’s fate as the audience until the final trial. The play keeps you guessing.

The Winslow Boy will be on at The Rep until 3rd March 2018, make sure you don’t miss out on seeing this compelling drama!