Home » What's on » Theatre review 101 Dalmatians at The REP

Theatre review 101 Dalmatians at The REP 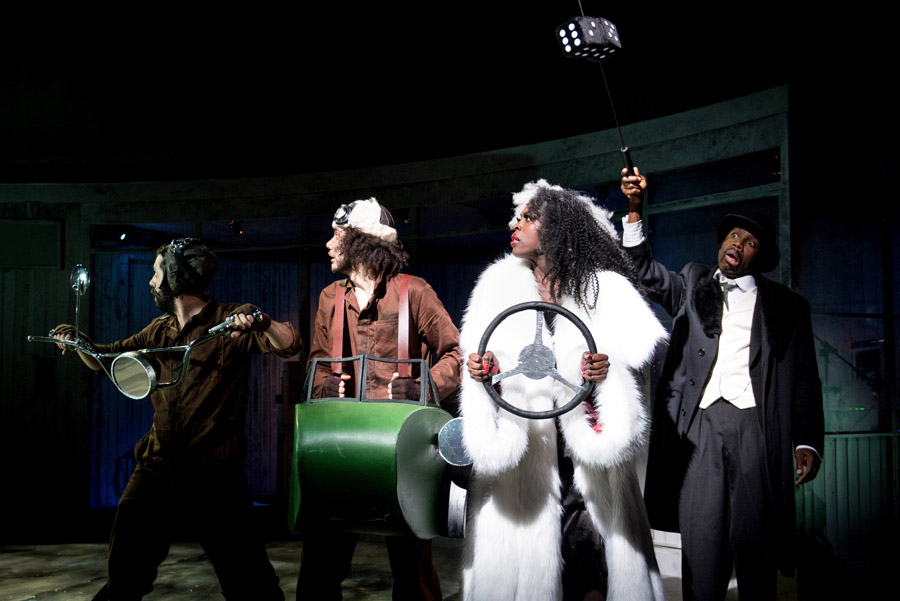 On Tuesday evening I headed to The REP for another press night, this time it was Debbie Isitt’s stage adaptation of Dodie Smith’s 101 Dalmatians, directed by Tessa Walker. At The REP after picking up tickets (which also came with a sweet little bag of M&Ms printed with 101 Dalmatians) there were Christmas carols being performed, which was a lovely touch for press night. 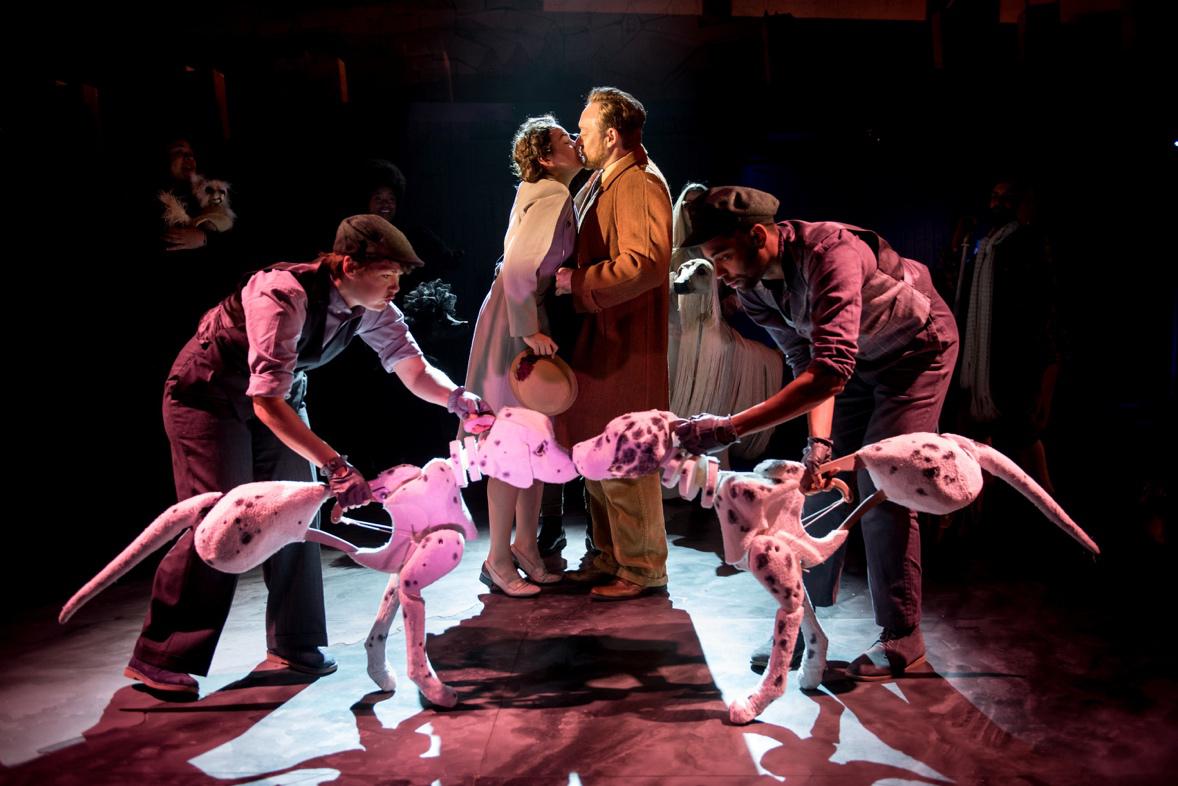 I must say that I approached the evening with trepidation to some degree – I hadn’t a clue how the story of a hundred dogs would be recreated on stage! I was particularly intrigued, though and very excited because the story is so nostalgic for me; my dad and I watch the Disney animation, cosy on the couch at Christmas time every year since I was a little girl. The story has a huge place in my heart and is the perfect way to get into the festive mood, so yes, you could say the stage adaptation had a lot to live up to in my eyes!

The first thing I noticed was the beautiful set design – the illustrations were simple yet so effective. I loved how just with a quick switch of lighting the set transformed from a London terrace to the snow covered fields of the Suffolk countryside, it really was magical. The set design made such clever use of its space. By having another scene displayed above the actual stage it meant the audience was able to see what the cast was seeing. 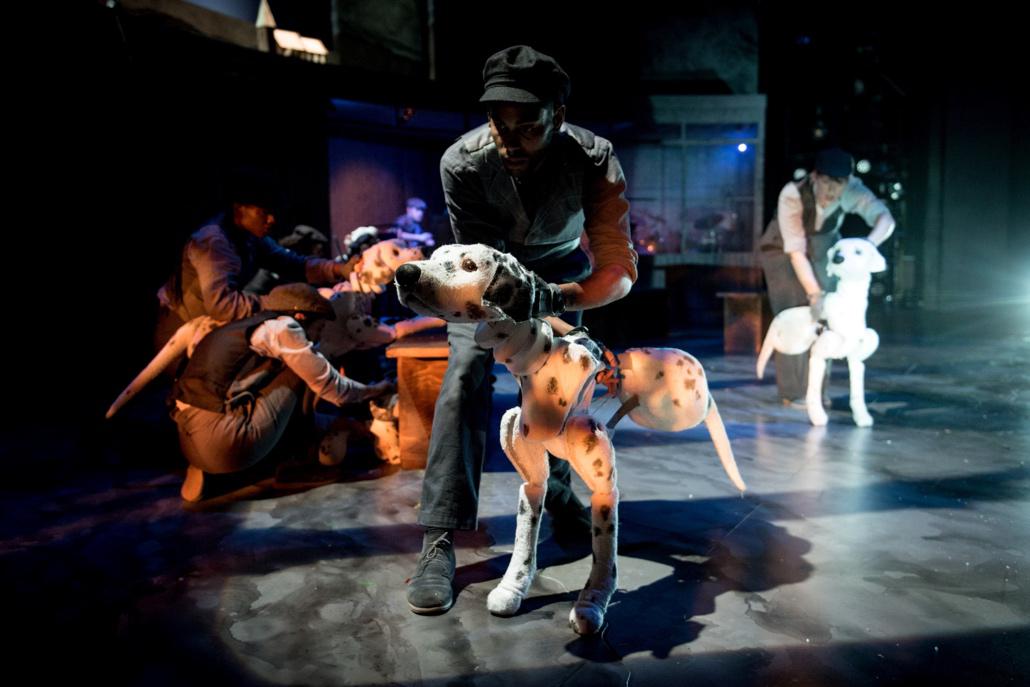 Of course I need to give a special mention to the actors who played the Dalmatians themselves through the use of puppets. It was clear to see how much time and dedication went into making and learning how to control the puppets. The actors who controlled each puppet (Lakesha Cammock, Nadi Kemp-Sayfi, Lemuel Knights, Mei Mac, Morgan Philpott, Emma Thornet and Oliver Wellington) had the canine mannerisms and expressions down to where it actually seemed as though the puppets were really barking!

For me, a Christmas play is nothing without its music and 101 Dalmatians definitely did not disappoint! From the very first song to the last, every performance was excellent. A particularly entertaining one was Saul and Jasper Badduns’ (Luke Murphy and Lewis Griffin) lively and hilarious piece. Composer and music director James Frewer perfectly brought the story alive and the stage band really created the atmosphere in each scene.

It must be said that Gloria Ontiri who played Cruella De Vil stole the show with her fiery performance. Glenn Close’s Cruella from the second Disney film is iconic but Ontiri definitely did the villainous character justice. Her vocal projection, movements and costume were spot on, staying true to Smith’s vivid descriptions of the cunning, eccentric, fur-obsessed woman.

In summary, the stage adaptation of this well-loved children’s story stayed true to tradition and the pantomime and musical aspects truly brought the story alive, especially the cast interacting with the audience, which caused a great deal of awe among the children watching. During the interval we were treated to mulled wine and mince pies in the Marmalade restaurant, which was another lovely touch. It really is beginning to look a lot like Christmas!

101 Dalmatians will be on at The REP until 13th January 2018, and tickets are available to purchase online from The REP so make be sure to get hold of yours! And finally, a special thank you to Clare and everyone else at The REP who made the evening so special, and of course, “Bravi” to the brilliant cast.